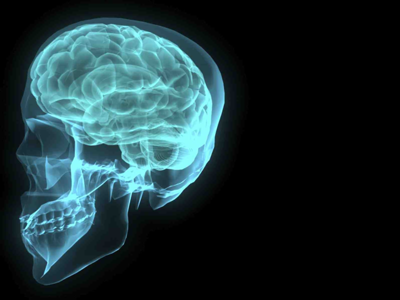 Gregg Fisher has a great article in the September 2013 issue of Financial Advisor Magazine entitled “The Driver of Future Behavior.” The article is worth being read in its entirety, but these two paragraphs summarize the entire article:

Many financial advisors can likely relate to the saying, “We don’t have people with investment problems. We have investments with people problems.”

That’s because investors’ emotions and behavior often lead them to inferior performance—they tend to exit stocks and funds before gains (i.e., panicking and selling at the bottom of the market and missing the subsequent upswing) and enter before losses (i.e., investing at or near the peak).

This behavioral finance assertion is supported by the data:

The problem is illuminated by data that suggests investments consistently outperform investors. … They were not simply routinely unlucky—the actual and proximate cause of their lower returns was their trading activity.

And the reason is no more obvious than right now when US stocks have had a phenomenal return year to date and global markets have not.

For most of late June, July and August many have suggested abandoning a globally diversified asset allocation in favor of putting more money into US stocks which are “going up.”

The fallacy to this move is to generalize the year to date returns into the present tense “going up” when in fact the data shows that foreign stocks outperformed US stocks in both July 2013 and August 2013. Foreign investments have not caught up year to date, but moving out of foreign investments and into US stocks would have been counter productive for the last two months.

In other words, although past performance is no indication of future returns it is an indicator of what the average investor believes will be the future return. And that is how investor’s behavior leads them to inferior performance. They move with the markets instead of contrary to the markets. Moving contrary to the markets relies on the markets ultimately reverting to the mean. Research on the Yale endowment suggested that 1.6% of its annual portfolio return was on account of rebalancing, selling what has done well and purchasing what has not done well. That is a hefty bonus for contrarian rebalancing.

On the other hand, if you move with the markets you pay a hefty price. Again from Gregg’s article:

We found that fully one percentage point of an investor’s annual underperformance relative to their funds could be attributed to that trading. Investors apparently believe that next year’s asset performance will exactly match last year’s. So they chase returns by investing in funds that performed well in the mistaken belief past performance will continue, and replace recent underperformers with recent outperformers. Because they exit before gains and enter before losses, the funds do better than they do.

This suggests that contrarian rebalancing does 1.6% better than buy and hold, while chasing returns does 1% worse than buy and hold. The best rule of thumb therefore is: Buy and rebalance. Toward the conclusion of his article Gregg writes:

As long as investors are human, these challenges will remain.

We believe that being an effective financial advisor requires a sound grasp of investor psychology. Every day, advisors must recommend investment strategies to emotional investors, keeping them rational when the markets are not. …

Perhaps the best defense against fearful behavior is a disciplined investment strategy based on sound portfolio structure and managed in an equally disciplined manner. Gerstein Fisher endorses the notion that investors typically benefit by having an advisor situated between them and their investments.

Many investment advisors will do whatever the client wants. We will not. The client is often wrong. Our own emotions are often wrong. Worries about the US markets early in the proved completely unfounded. A brilliant investment strategy should not be abandoned by the returns of a month, quarter, or year. Neither should we chase trends or returns. If an index goes down that often makes it more attractive going forward.

Interested in having a fee-only fiduciary who sits on your side of the table and helps you meet your financial goals?