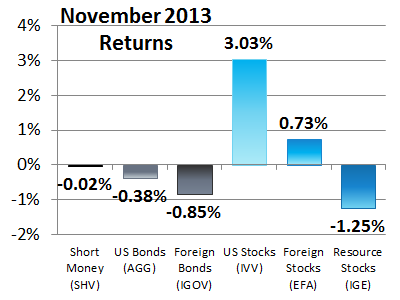 Many people wrongly assume that the difference between US and Foreign stocks is much greater this year than it actually is. This is because since the end of June, foreign stocks have been catching up until this month.

Perhaps in 2014 resource stocks and emerging markets will have the best returns simply because 2013 was not their year.