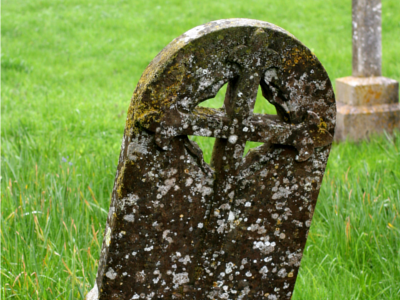 Many investors are led to believe the best investing strategy is as simple as finding a successful fund manager with a solid track record. The financial media advances this view by featuring the star managers of top-performing funds. Dimensional Fund Advisors’ recent report, The Mutual Fund Landscape (2013), offers new evidence to suggest that chasing historical returns or a so called star manager is a poor investment strategy.

Most of the marketing of mutual fund performance cleverly omits the existence of a substantial graveyard. With as much remorse as a Mafia don, underperforming funds get bumped off as if they never existed. Nothing personal, just business. The truth is that most mutual fund companies have a big mound of dirt out back filled with the carcasses of former star funds that got dumped.

The quantity of funds that end up in the graveyard is so vast that any broad definition of mutual fund performance can be greatly skewed if it does not account for this survivorship bias.

Dimensional’s research used data from the CRSP Mutual Fund Database, which is unique because it offers the only complete database of roughly 39,000 funds, both the living (active) and the dead (inactive). They report that after 10 years, only about half of the equity mutual funds are still in existence. And only 17% are beating their respective benchmark over that period. 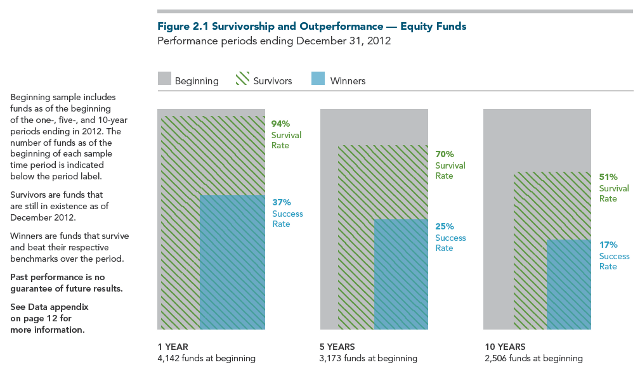 This data should be disturbing to those who think they can identify fund managers and funds that will consistently outperform. And for each year that goes by, the prospect of staying on top becomes more and more difficult.

Fund costs are highly correlated to fund performance. Costs reduce an investor’s net return and represent an additional hurdle for the manager who is attempting to beat the benchmark index. The larger the expense ratio, the higher the hurdle. As Jack Bogle suggests, these are the relentless rules of humble arithmetic.

But according to the marketing arms of the mutual fund industry, brilliant fund managers deserve to be paid more for their performance. You shouldn’t care about the fees but instead the returns that affect your bottom line. However, the numbers don’t lie. On average, they more you pay, the more you underperform. 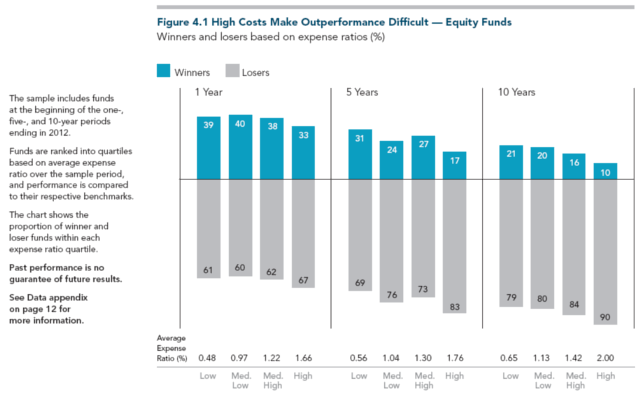 You can see in Figure 4.1 that the trend is for performance to decrease as fund costs increase. Overall, 90% of the highest cost mutual funds are either sent to the graveyard or underperform their benchmark index after 10 years. It’s very difficult to outmaneuver a market that is constantly aggregating billions of organic data points to arrive at fair value expectations for each stock.

Figure 5 suggests that high turnover also predicts underperformance. Every time a stock is bought and sold, these transaction costs also cause slippage in performance. Turnover costs are not accounted for in the traditional measure of expense ratios, which only captures the fees that the management company charges. 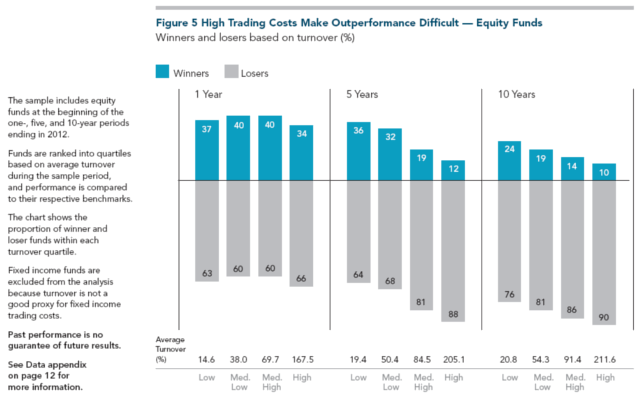 The better way to design an investment portfolio includes both a moving away and a moving toward. You should move away from the distractions of the financial media. These publications sell their opinions by touting what is new (read “have no track record”) and exceptional (read “the most recent hot sector that has not yet reverted to the mean”). Instead of chasing returns, move toward funds that have low costs and low turnover. Following these rules will lead most savvy investors to become index fund investors and only use active managers when reasonably priced.