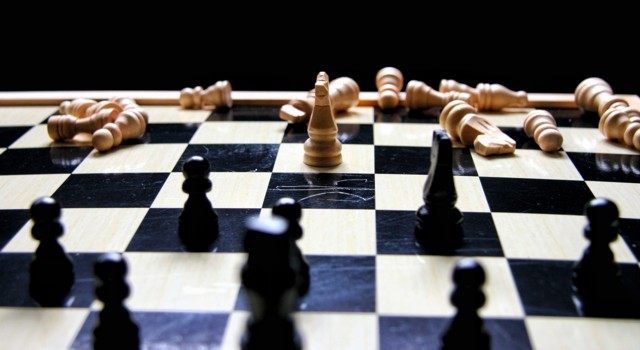 Beginning this month until July, the government will issue over $100 billion in tax-stimulus checks, the equivalent of about 1% of annual consumer spending and some 70% of the country’s $14 trillion gross domestic product (GDP). The assumption is that we can spend our way out of a recession by boosting third-quarter GDP growth over 4%.

More than 130 million households will receive $600 per adult plus $300 per child with a family of four receiving $1,800. But for taxpayers with an adjusted gross income of $75,000 ($150,000 filing jointly), who paid more than 60% of all taxes, these amounts are either reduced or eliminated. In contrast, many people who never file a tax return or pay any taxes will receive the full amount. The government has created special forms and public relations campaigns specifically to reach this group and encourage them to file and enjoy a rebate of taxes they never paid.

If I am elected president, I won’t insult the public like this. Tax rebate stimulus checks are a cheap and inefficient gimmick that will increase the fragility of our economy and impoverish those who receive such checks.

You can’t spend your way out of economic trouble as a country any more than you can lift yourself personally by pulling on your shoestrings. Increased spending is an indicator of economic health only when it is preceded by increased production and earnings. Rich people generally spend more, but it certainly is not what makes them rich.

It would be much better if we as a country tried to save and invest our way out of a recession. Imagine if everyone invested their rebate by creating new businesses or building factories. Then we as a nation would produce more. Increased annual production could be sold, which would increase our GDP.

Consuming more goods doesn’t really help our economy when half the stuff we buy comes from China anyway. In fact, deferred consumption is the definition of capital and would allow us to use that capital to build more productive companies. It would lower unemployment and reduce inflation.

The tax rebate gimmick is extremely inefficient. The legislation itself added hundreds of pages to this year’s tax code. The IRS launched a tax rebate information center offering check amount scenarios, along with information especially directed toward Social Security recipients and veterans. The agency was taking more than 50,000 calls per day over their normal tax-season load. Their automated-response phones handled 1.2 million calls specifically about the rebates, and the IRS reassigned 1,500+ employees just to deal with the inquiries.

To be eligible for the $300 rebate, parents had to apply for a Social Security number for their children. People not normally required to file a tax return had to do so to receive their rebate checks. The IRS Free File Alliance was created to provide free services to people who were filing solely to receive their economic stimulus payment.

The tax rebate gimmick impacts negatively on our economy. Economic systems change gradually and operate best in stable conditions. Only when goods and services are free to be used wherever they are deemed most valuable does economic growth have the best chance.

But rather than trust in the free markets, President Bush and Congress have tried to boost consumer spending artificially without any reduction of federal spending, thus increasing the money supply and fueling inflation. More dollars chasing static production is the definition of inflation. Many families earning $36,000 a year will receive a $1,800 rebate check representing an additional 5% bonus, only to find that prices on their purchases are 5% higher. Thinking they are better off, they will actually be poorer if receiving the check increases their spending habits by even a penny.

Every time the government bureaucracy engages in centralized spending plans, the economy is weakened. Free markets are the best method of self-rationing scarce resources to where they will do the most good. Every time the government tries to solve an economic problem via fiat, they can only do worse than the efficiencies of the market itself. By trying to strengthen or bail out one section of the economy, they slightly weaken and destabilize all the others.

Finally, the tax rebate gimmick will impoverish those who receive such checks. In polls, most Americans claim they will put the rebate in savings or use it to pay down debt, but behavioral finance research suggests otherwise.

Studies have shown that even the most rational of consumers who receive money spend more as a result. Surprisingly, when they receive relatively small amounts, they justify additional spending by more than 2.5 times the size of the original check. The psychology behind this thinking is so strong, it is safe to assume we are all influenced by it.

We see evidence that the effect is universal when we hear people say they will save the rebate or use it to pay down debt. The fact that they are thinking of the money from the rebate as though it were different from the rest of their budget means they are already engaging in the two-pocket fallacy of money, thinking of money differently simply because of the source.

Perhaps they will pay off some of their debt, but they did that the month before they got the check. Perhaps they will put money into their 401(k), but that happens automatically. Because these rebate checks will continue to be featured in the media for months as they dribble out, they will continue to be in the forefront of our minds. Someone will complain about a delayed check while other coworkers share what they’ve already purchased. And most Americans will use the idea they have some extra money to justify a purchase they would not otherwise have made, probably more than once.

In fact, studies suggest that average consumers will spend an additional $4,500 in relatively small purchases simply because they received a $1,800 check: an extra $45 eating out, a $90 electronic toy, and a $650 appliance. Children will be given their $300 as though it somehow belongs to them, and husbands and wives will use the money as an excuse to make that purchase their partner considers frivolous. Without even realizing it, past studies suggest consumers will spend 250% of their rebate check.

In polls, American claim they will spend only 18% to 40% of the rebate. But in reality, anyone who spends more than 4% will actually lose ground in saving toward their retirement. Next week’s article will explain the realities of this scenario. Until then, don’t spend a penny of those rebate checks.

Photo by Luiz Hanfilaque on Unsplash