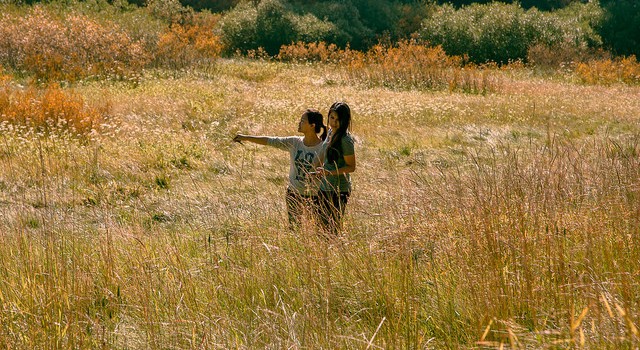 This year we celebrate Tax Freedom Day on Wednesday, April 23. That’s the day we stop working for the government and start working for ourselves. For average workers, all of our earnings for the first 113 days of the year go to pay federal, state and local taxes. Starting April 24, we are free–at last–to take care of our own family’s needs.

The nonpartisan Tax Foundation based in Washington, D.C., measures the tax burden on Americans every year. According to its 2008 report, published in March, this year’s federal Tax Freedom Day comes seven days later than it did in 2003. Interestingly, the day falls three days earlier than it did last year. This decrease in taxes is the result of the slowing economy and a onetime fiscal stimulus tax cut.

Because of our progressive tax system, Uncle Sam usually collects more taxes as inflation rises, owing to “bracket creep.” As your income growth keeps up with inflation, your purchasing power remains unchanged. But as inflation drives you into a higher tax bracket you pay higher taxes.

On average, taxes take nearly 31% of a worker’s gross income: 20% for federal taxes and 11% for state and local taxes. For every eight-hour day, 2 hours and 28 minutes of our labor is spent paying taxes. Without taxes, you could leave your job at 2:32 p.m.

Only since 1992 have Americans paid more for government programs than we spend on food, clothing and medical care combined. For the amount of money we pay in taxes, the federal government could provide universal health coverage and feed and clothe us as well.

At the state level, Tax Freedom Day varies depending on location. California has moved up from the 7th to the 4th highest level of state taxes with its Tax Freedom Day now delayed until April 30. Virginia has risen from 17th to 12th in the race for the highest state tax rate, even though its liberation day arrives on April 25, only two days later than the national average.

The Virginia tax rate continues to climb higher each year, despite claims of no new personal taxes because of both bracket creep and the significant increase in state business taxes. This situation reflects a national trend. Business tax receipts have risen sharply over the past two years.

Most non-economists vastly underestimate the negative impact of taxes on the U.S. economy. Taxes encourage every American to do things themselves, outside of the taxable economy, even if specializing and working together would mean greater productivity. If you add the costs of complying with the complex web of regulations, the federal government costs us Americans collectively more than 50% of our wealth.

Imagine three contractors who could build three houses if they worked separately. If they collaborated and combined their expertise, however, they could build six houses instead. It may seem incredible that these builders would not take the opportunity to double their productivity, but with any tax rate higher than 50% they have no incentive to choose the more productive partnership. Putting their production into the taxable economy means they have to pay more than three houses in taxes. A 50% tax rate halves their productivity. Envision the economic boom if the other half of workers’ labor were set free!

Imagine a skilled surgeon who has a marginal tax rate over 50%. Everything she pays someone else to do costs her twice as much because she pays with after-tax dollars. From a societal point of view, it is inefficient and wasteful for her to mow her own lawn, change her own oil or paint her own house, but specifically because she is in a high tax bracket, she can save more money than the average American by doing those chores herself. Another way to look at it is that without taxes, she could afford to pay twice as much to those who provide her these services.

Economist Arthur Laffer recognized that the law of diminishing returns applies to tax rates as well. According to Laffer, at a certain point, increased taxation actually yields the collection of fewer tax dollars. As we near a 100% tax rate, we approach driving commerce into the ground and collecting no taxes.

Many economists believe we are still beyond the point of diminishing returns. In other words, tax cuts would actually result in increased economic growth and more taxes being collected.

Presidents Kennedy and Reagan understood the Laffer curve well. In 1964, Kennedy reduced the top marginal tax rate from 91% to 70% and, to many people’s surprise, tax revenues increased. Seventeen years later, the Reagan tax cuts reduced the top marginal rate from 70% to 50%. Again, revenues soared. Between 1980 and 1997, the share of federal income taxes paid by the top 1% rose from 19% to 33%. The share of taxes paid by the top 25% increased from 73% to 82%.

The top 1% now pays 34% of the taxes in the United States. Do you know how to join the top 1% of taxpayers? Just sell a house in California. The top half of taxpayers pays almost 96% of the income taxes, meaning the bottom half pays just 4%. These two statistics have increased despite all the complaints that tax cuts favor the rich.

Economists understand that the optimum rate of taxation is zero. The second-most ideal is as low as possible. In contrast, many Americans seem to believe that tax rates should be increasingly punitive. One notable exception is Alaska, where Tax Freedom Day arrived weeks ago on March 29.

Low taxes should not be a political issue that divides us. Every American should agree with the goal of keeping taxes as low as possible. In 2011, all of the federal tax cuts enacted since 2001 are scheduled to expire. If this happens, Tax Freedom Day will move an entire week later. In the words of John F. Kennedy, “An economy hampered by restrictive tax rates will never produce enough revenues to balance our budget–just as it will never produce enough jobs or profits.”