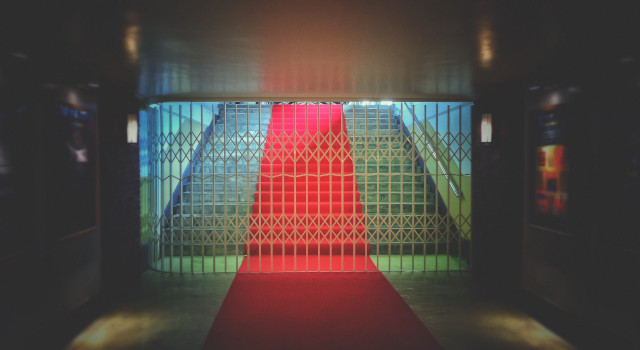 Just 1.5% of those with CFP® certification are Black or African American despite people of color composing 13.3% of the American population. Investment News reports in “CFP Board takes on racial, ethnic diversity “:

I am certain that both are factors. However, I am disappointed by how little research has been done by those in the profession into how difficult it is for minority groups to pursue the profession. This article is a presentation of my own research findings, and I am sad to report that the problems with lack of representation are systemic and start to happen long before prospective hires are even considering the profession.

A minimum of a bachelor’s degree from an accredited college is required for CFP® certification. This requirement limits who can even consider becoming a CFP® professional.

According to the CFP Board itself, “The education requirement helps to provide the knowledge required to deliver professional, competent and ethical financial planning services to clients. There are two main parts to the requirement: completion of CFP Board-approved coursework, and a bachelor’s degree in any discipline from an accredited college or university.”

The CFP® certification should be able to test for whatever knowledge is required in order to give financial advice. The reliance upon adjacent certification requirements such as a college degree are, in essence, a form of systemic racism. Any requirement which is unessential and also racially biases your selection involves systemic racism. This dependence on a factor which is already a form of racial exclusion is similar to methods of voter suppression by literacy test or land ownership.

According to “Demographic trends and economic well-being “:

Increasingly, a college degree is the key to financial well-being, while the value of a high school diploma has diminished markedly over time. Since the 1960s, rates of college graduation have increased significantly for all major racial and ethnic groups, though large gaps persist. Whites are far more likely to hold a bachelor’s degree than blacks. More than a third (36%) of whites ages 25 and older do, compared with 23% of blacks, according to analyses of the Current Population Survey.

Perhaps clients want an advisor who has a college education. But not having a college degree does not preclude being a great advisor. Such a requirement could be eliminated from the CFP® certification and, if it was important to clients, could be used by clients to screen their advisors.

Alternately, there could be a test by which you could bypass a college degree and get credit for knowing whatever information is deemed relevant.

At a minimum, there is no reason why either a community college degree or independent study couldn’t satisfy similar knowledge requirements.

These educational prerequisites to gain the CFP® designation are not necessary. They are a form of occupational licensing and constitute a racial barrier to employment in financial services.

As the CFP Board states, “The ethics requirement is an important step on your path to CFP® certification. You must commit to acting as a fiduciary, which means acting in the best interests of the client at all times when providing financial advice — and commit to other high ethical and conduct standards. You’ll need to disclose information about your background, and CFP Board will conduct a detailed background check.”

CFP® certification is very sensitive to criminal records as is much of the financial services world.

Consider Item 11 from the Disclosure Information of the ADV Part 1:

In the past ten years, have you or any advisory affiliate been convicted of or pled guilty or nolo contendere (“no contest”) in a domestic, foreign, or military court to any felony or been charged with any felony?

Hiring a potential advisor who must answer “Yes” to such a question and fill out the appropriate Disclosure Reporting Page (DRP) is usually enough of a marketing nightmare that firms won’t do it. The ADV Part 1 has more detailed questions regarding misdemeanors. Answering “Yes” to such a broad question regarding felony convictions seems trivial for those without such issues, but it can be a deterrent for minorities.

These kinds of background check requirements mean that the financial planning industry is utilizing in its processes the racial injustices known to be found in the police and justice systems.

While clients do deserve to know if they are doing business with a known financial fraudster, surely there is a solution to this problem which does not penalize as many as one third of all black men.

“Eat What You Kill” Business Model

According to the Pew Research Center analysis of data from the Federal Reserve’s Survey of Consumer Finances , in 2013, the net worth of white households was $144,200, roughly 13 times that of black households.

Over 3 million African-Americans and 2.1 million Latinos in the U.S. have assets under management valued at above $400,000. Meanwhile, for white populations those figures are much higher . Additionally, since white populations live longer and wealth is primarily segregated by age, white people are more likely to have assets on account of their age.

Being a competent advisor whose job it is to serve clients well is difficult enough when clients are seeking you. Having to drum up your own business when your employer is a commission-based broker dealer is nearly impossible for those who have a poorer social network. That’s why this method of doing business is another systemic racial barrier.

There are many other problems for employees in the “eat what you kill” business model, which is why we don’t recommend working at such a firm. We don’t recommend being a customer of such a business model for consumers either. The model, however, is so prevalent that most of the broker-dealer firms live by this rule.

All of these factors contribute to the low inclusion of people of color among those holding the CFP® certification. This is what is meant by systemic racism rather than personal prejudice. Systemic racism is the result of other systems within society which predispose an unequal outcome regardless of the personal prejudice of those within financial services. Anyone who has overcome these hurdles in order to gain the CFP® mark and become a financial planner has overcome a lot.

Appropriate representation in any industry isn’t a goal that can be set and worked toward without considering the issues listed in this article. And yet I found these issues to be largely absent from the recent CFP 2020 Diversity Summit . Instead, the summit focused on hiring, welcoming, training, and mentorship programs. Such issues are always a good idea, but they are insufficient when you look at the systemic barriers many minorities face on the road to being a financial planner.

Photo by Possessed Photography on Unsplash