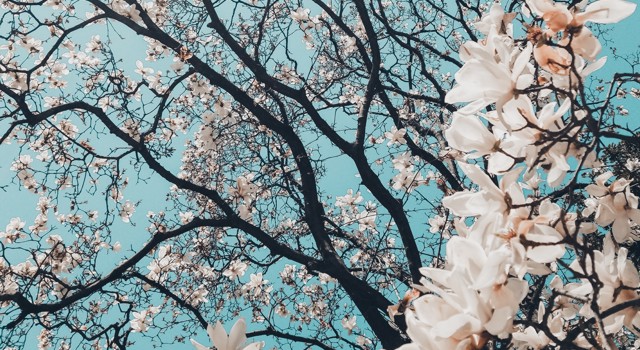 The old stock market adage “Sell in May and stay away” suggests you can avoid risk and increase return by getting out of the markets during the summer.

This advice appears this time of year whenever the markets have appreciated over the previous six months. Sometimes it’s right, adding anecdotal evidence that you ignore the advice only at the risk of your equity.

But it’s a slippery claim to evaluate and consequently a difficult trend to capitalize on. Let’s begin by pinning down the exact days you would exit and then reenter the market.

The saying originated in Britain as “Sell in May and go away, stay away till St. Leger Day.” The final horse race of the British equivalent of the Triple Crown takes place on St. Leger Day, in the second week of September. In the United States, September and October historically are considered dangerous months to invest. In addition, St. Leger Day is unknown here. So the date of reentering the markets has been pushed to the end of October, causing the rule to also be known as the “Halloween indicator.”

Buying in mid-September or at the end of October is a significant choice. Since 1950, September has been the only month averaging a negative return. The S&P 500 has appreciated an average of 0.97% each month. But the September average is -0.37%, due to severe losses in 1974 and 2002.

Mark Twain commented wryly on October, saying, “This is one of the peculiarly dangerous months to speculate in stocks. The others are July, January, September, April, November, May, March, June, December, August and February.”

For the purposes of our analysis, I will use October 31, Halloween, as the day we would buy back into the markets.

The date to sell stocks is equally challenging. The traditional wisdom suggests selling May 1. But since 1950, May has performed well with an average return of 0.80%.

The problem with the data is what time period you use to back-test it. My data are from 1950 through the end of last month. But when the saying first circulated, May was flat. Since 1987, however, May has done phenomenally well, averaging 2.11%. May’s recent streak of luck has raised its average substantially.

Yale Hirsch popularized this approach of investing in his “Stock Trader’s Almanac” starting in 1986. He found that investing in November through April produced better returns than May through October.

Mark Vakkur refined Hirsch’s approach to cherry-pick the best months. He suggested alternating between being fully invested, half invested, and out of the markets entirely depending on the month. September has the worst returns, but February has the second worst.

Historical patterns can be correlated to an infinite number of future predictions. Others would suggest that price per earnings ratios or the yield spread between long- and short-term bonds are a better indicator of stock returns. To suggest that each month is a reliable indicator of future results requires more than past statistical anomalies. Even if those statistics are taken from 60 years, they still represent a limited data sample.

I tried a simple thought experiment taking 720 imaginary pennies and flipping groups of 60 in 12 different categories, each labeled with a different month. In total I flipped 40 more tails than heads. But one month alone contributed 24 of the extra tails. Flipping 42 tails and only 18 heads in one month certainly seems meaningful. Simulating penny flips with a spreadsheet, I repeated the experiment multiple times. Each time at least one random month produced an anomalous result.

Here’s another saying I like better: “Stocks go up and stocks go down.” The markets are inherently volatile. Sometimes most of the tails can land in one month over a 60-year sample.

Seasonal investing hit the height of its support in Sven Bouman and Ben Jacobsen’s 2002 study. The drop in the markets that summer heavily contributed to the trend. Between 1950 and 2002, returns for November through March averaged 9.06% versus only 3.18% between May and October.

Since 2002, however, the trend has been much more muted. The recent difference between these numbers is statistically small for the wide range of returns.

Even in the last two years, this volatility can be made to fit the trend. Adding the two years together, November through April was more up, and May through October was more down. Although the markets have gone nowhere, blindly following the strategy would have produced a 5.74% gain.

As this column has repeatedly advised, rebalancing and diversification are clearly a better long-term approach.

Larry Swedroe of Bogleheads.org, an indexing discussion site, did an analysis starting in 1926 that switched to U.S. Treasuries every May 1 and moved back into the S&P 500 on November 1. The strategy produced an annualized return of 8.3% versus 10.25% for just holding the S&P 500.

By cherry-picking the right years, he found periods when the strategy might outperform a buy-and-hold strategy. This held true specifically for 1987 through 2002, the very period in which the saying received national attention.

Given the volatility of the markets and the strength of seasonal psychology, there may be a period of months when markets will perform better. But that doesn’t mean Treasuries can outperform May through October.

My own study shows that since 1950, May through October has contributed a 3.16% return; November through April has contributed 8.44% for an annual return of 11.60%. If you sell in May, you have to be able to get a six-month Treasury return better than 3.16%. Considering trading costs and capital gains taxes, that’s difficult.

If a seasonal ebb and flow to market returns really exists, it may be as simple as observing when cash is tight and not flowing into the markets. In February bills from the holidays arrive, and many people are gathering cash to pay their taxes. Summer vacations strap many families, resulting in high expenses in September. Only after bills are paid can money flow back into the markets.

In contrast, December sees large profit-sharing bonuses put into the markets, and pension funds are often invested in January. In the early spring, people are funding their retirement accounts.

These are just speculations. It could just as easily be the amount of sun in the Northern Hemisphere affecting people’s emotions. Or it could just be that a lot of random tails fell in the September portion of the carpet.

Thus we provide a thoughtful compromise between jumping in and out of the markets and ignoring the seasonal effect entirely. If the markets are up, as they are now, and we are approaching the summer months, it is a good time to take some profits off the table. I’d like to replace the adage with the following advice: “Rebalance in May and call it a day.”

Photo by Meriç Dağlı on Unsplash