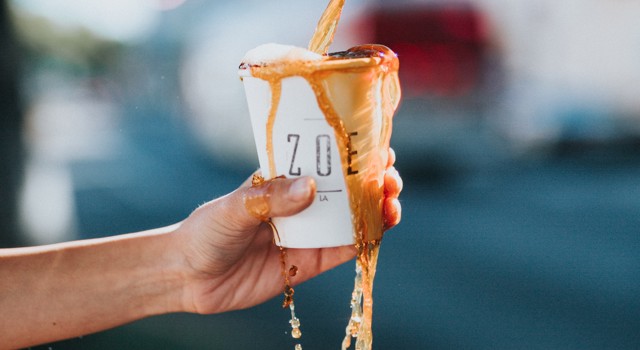 We’ve been waiting to see what our congressmen and women are going to decide for our 2018 tax law. As we’ve already entered the holiday season and can see the new year in sight, they are certainly cutting it close.

This so-called tax reform has a lot of unfavorable proposals. There are many differences between the House and Senate bills, but so far the two bills agree on repealing the state and local tax deduction, doubling the standard deduction, eliminating exemptions, redoing the income tax brackets, lowering the corporate tax rate, repealing Roth recharacterizations, and expanding 529 account usage. Many other details have not been settled between the House and the Senate.

One point of disagreement between the bills is over the cost basis of capital gains.

As the law stands now in 2017, each separate trade lot has its own cost basis (value at purchase) and you can specify which trade lot you want to interact with when you sell, transfer, or anything else. This allows you to target just those trade lots with losses (Tax-Loss Harvesting) or just those with gains (Intentionally Realize Capital Gains) to conduct careful Capital Gains Management.

The Senate’s bill, and only the Senate’s bill right now, has a section changing this. They propose that “the basis (and holding period) of such security shall be determined on a first-in first-out basis.” This would mean that when you sell a stock, rather than being able to specify the particular lot with losses, you will automatically be selecting the oldest trade lot, be it a gain or a loss.

We are very strongly against the capital gains tax as it represents double taxation. Taking away investor control over their own trade lots would be painful.

In one of our most popular articles “Fourteen Ways to Avoid Paying Capital Gains,” of the 14 ways, only one (and maybe two more, if they apply this rule to transfers) would be removed by this law passing.

If it does pass, investors with large capital gains may benefit from having more variety in their fund selections so that they have more ability to rebalance without selling those large positions.

For example, if an investor already owned appreciated shares of Vanguard S&P 500 ETF (VOO) and they wanted to invest more in the S&P 500, they might avoid purchasing additional VOO. If they purchased more VOO and later wanted to sell they would be forced by the Senate’s changes to sell the original VOO for a greater capital gains tax owed. Instead, they might purchase shares of iShares Core S&P 500 ETF (IVV) simply to create a separate trade lot which can be sold. Then, they might purchase SPDR S&P 500 ETF (SPY) for a third trade lot even though it has a higher expense ratio.

It also isn’t clear if the FIFO rules would apply to the same security held in a different account. A couple might have a husband’s living trust, a wife’s living trust, an individual account, a joint tenants with rights of survivorship, and a joint tenants by the entirety. They might also have identically titled accounts but open at different custodians, such as a brokerage account with Charles Schwab and another brokerage account with Vanguard. How they rule on these obscure cases will either open up way to avoid capital gains or remove them.

If it passes, this provision has a good chance of needlessly complicating investing even more.

I imagine it would cost more in inefficiency than it would collect in revenue.

That being said, currently it is only the Senate with this section passed. The two different bills will need to be reconciled into law and for this section to become law the House will have to agree to it as well.

Here’s the current text as it stands:

SEC. 13533. Cost basis of specified securities determined without regard to identification.

(a) In general.—Section 1012 is amended by adding at the end the following new subsection:

“(e) Cost basis of specified securities determined without regard to identification.—

“(1) IN GENERAL.—Unless the Secretary permits the use of an average basis method for determining cost, in the case of the sale, exchange, or other disposition of a specified security (within the meaning of section 6045(g)(3)(B)), the basis (and holding period) of such security shall be determined on a first-in first-out basis.

“(2) EXCEPTION.—In the case of a sale, exchange, or other disposition of a specified security by a regulated investment company (as defined in section 851(a)), paragraph (1) shall not apply.”.

(1) Section 1012(c)(1) is amended by striking “the conventions prescribed by regulations under this section” and inserting “the method applicable for determining the cost of such security”.

(3) Section 6045(g)(2)(B)(i)(I) is amended by striking “unless the customer notifies the broker by means of making an adequate identification of the stock sold or transferred”.

(c) Effective date.—The amendments made by this section shall apply to sales, exchanges, and other dispositions after December 31, 2017.