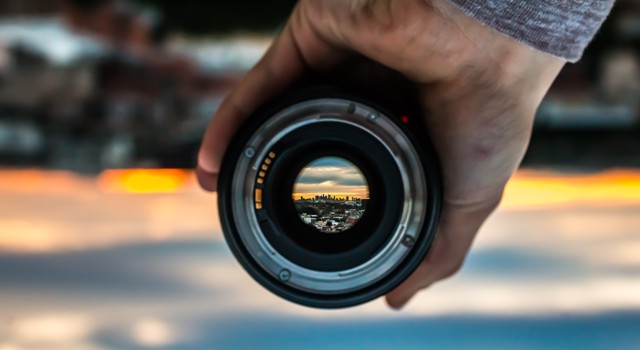 In the 2004 post “Mutual Fund Expense Ratios & 12b-1 Fees – How Much Attention Should They Get? ,” Charles L. Rizzo wrote the following:

There has been a lot of media hoopla about expense ratios. Many financial advisors and journal articles have focused on the expense ratios in mutual funds. 401k plan trustees are cautioned to shop for low expense ratios as part of their fiduciary responsibility to their plan participants.

After more than twenty years in the investment advisory business, I am still amazed by the amount of emphasis individual investors and 401k plan trustees put on a mutual fund’s expense ratio. Almost every individual or plan trustee I have met, not only asks about expense ratios, but focuses on them, as one of their main criteria for selection of mutual funds.

Has the focus on expense ratios caused the public to lose focus of more critical financial measures, such as performance?

The claim of every fund with a higher than necessary expense ratio is that “the returns they deliver are worth it” and “you get what you pay for.” Nothing could be further from the truth.

Morningstar did a study which found that the best indicator of superior future returns was low fees and expenses. They found expense ratio was an even better predictor than their proprietary Morningstar Stars Rating.

Though you don’t have to take even Morningstar’s word for it. “Do the returns deliver?” is an easy hypothesis to test.

In Rizzo’s article, he compares two funds — the Vanguard Growth Index Fund Admiral Shares (VIGAX) and the American Funds AMCAP Fund (RAFEX) — and ultimately claims that RAFEX is the superior fund despite its higher expense ratio. At the time of his analysis, the expense ratio of RAFEX was 0.81% and the expense ratio of VIGAX was 0.15%.

In his mind the “big differentiator” is the following performance numbers ending April 2004:

Weirdly, the Admiral Shares version of Vanguard Growth Index Fund (VIGAX) has an inception date of November 13, 2000. On April 30, 2004, Rizzo could not have gotten 5 or 10 year returns for VIGAX.

Here are the performance numbers I get when using an end date of April 30, 2004:

You can see, all of Rizzo’s returns are off by a bit. That being said, the same point is still there: over this short 10-year time period, RAFEX had superior returns to VIGRX despite the expense ratio difference.

If the returns prove to be persistent superior returns, then they are probably the result of over weighting known investment factors. However, short term differences in returns like these are often a result of random market fluctuations. Since it has been 15 years since this data was gathered, we can easily assess if the superior returns were persistent or just random luck.

Rizzo’s data was from April 2004. Here are the latest performance numbers as of March 2019:

Although VIGRX underperformed RAFEX by 1.42% in the ten years between 1994 and 2004, in the 15 years since then, the winning fund has flipped. In the 15 years between April 2004 and March 2019, VIGAX beat RAFEX by 0.76%. In other words, the superior returns were not persistent. Because the superior returns are not persistent, it is safer to assume that RAFEX’s early advantage was just expensive luck and bet on the best indicator of superior future returns, the low fees and expenses of VIGAX.

To Rizzo’s original question, “Has the focus on expense ratios caused the public to lose focus of more critical financial measures, such as performance?”

Critics of filtering investment options based on their expense ratio categorize investments with low expense ratios as “cheap” rather than “inexpensive.” A better way of thinking about them is that they are “efficient” leaving more appreciation for the investor’s assets. Rizzo’s own example proved that conclusively.

I would not be surprised if Rizzo’s article is taken down in the future.

When I started this article, I intended to analyze the two funds mentioned in Rizzo’s article to determine if the superior performance of the fund with the higher expense ratios was attributable to factor tilts by the manager. If they were, it was likely that a combination of low cost funds would be able to produce a superior return for lower costs. This type of analysis is predicated on the assumption that long term active management is primarily just factor investing. When my analysis showed no persistent superior performance, the article demonstrated that 10-year superior past performance is a poor indicator of future returns.

I was also surprised to find the inconsistencies of Rizzo’s inability to have 10-year returns for the Admiral share class of Vanguard Growth Index and the apparent errors in the calculations of the returns of the two funds.

I used Broker Check for Charles Louis Rizzo (CRD# 1123363) to review the firms he worked for and the exams he passed. Fee-only financial planners typical take Series 65 to qualify as an Investment Advisor Representative while commission-based salesmen typically take Series 7 and Series 66 . Rizzo did the latter.

I suspected the claim that “For over 20 years Chuck has provided fee-only investment management” was simply a lie. Even the President of TD Ameritrade incorrectly used the term “fee-only” recently when describing the conflicts of interest associated with receiving trailing 12b-1 fees. When reviewing the list, it appeared as though many of the eight firms he worked for were fee-and-commission — such as being an associate with LPL, for example — but they have all since gone out of business.

Even more importantly, during the five years just after writing his article one of Rizzo’s employees, Steve Salutric, misappropriated $7 million from fifteen clients. Rizzo was a director, 35% equity owner of the firm, and had direct supervisory responsibility over Salutric. From 2004 through 2009, Rizzo was sent notices and received phone calls of large and suspicious withdrawals, seemingly forged signatures, and requests to investigate. Rizzo did not investigate. Nor did he contact clients whose accounts had been flagged. The Securities and Exchange Commission administrative proceedings regarding the matter from 2011 are a litany of compliance neglect and resulted in Rizzo being barred from the financial services industry.

Not every commission-based advisor runs a firm that embezzles $7 million, but a “Who cares? What’s the big deal?” attitude about fees and expenses in client accounts can easily bleed into a lack of concern about overseeing other important matters.

Useless, even harmful articles like the one Rizzo wrote abound on the Internet. They may sound reasonable, but they also may simply be filled with lies. It is impossible to debunk everything you read, hence you need to have a good filter for who to listen to and what to simply ignore.

Rizzo ended his article defending high fees and 12b-1 fees with this:

Make sure you don’t get too enamored with the expense ratio. The Standard Measures illustrated above are more critical factors to focus on when doing your analysis. Having a large platform of fund’s to choose from and written methodology and monitoring system will help keep you on track and help reduce liability exposure for 401k plan trustees as well as individuals. Keep this in mind and it will be much more difficult to be distracted with other factors.

Rizzo, apparently, considered fees and a great many other things he should have been worrying about “distractions.”

Photo by Devin Avery on Unsplash