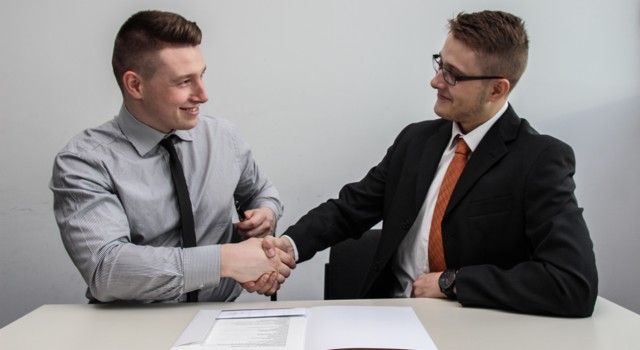 Bank specialists in the Midwest division received an email three weeks ago spurring them to meet a divisional target of opening 23,949 checking accounts in 2019 from Merrill’s wealth management customers, who have minimum brokerage accounts of $250,000. The checking account target, which must be funded with at least $2,000, works out to 460 checking accounts per week in the region.

“This is a huge goal and we need to get moving fast,” Ashley Graham, the division’s Client Relationship Manager director wrote. “Last week, we opened 128 accounts as a Division, and thus we need to pick up the pace.”

In a New York City branch, broker sales associates on Thursday were offered free dinners at an upscale restaurant, with transportation, if they open six checking accounts by April 1, according to a source at the branch.

Bank of America, which now owns Merrill Lynch, is both pushing and rewarding its employees to recommend checking accounts to its clients, all while pretending to be objective financial advisers.

This was a practice that was common at Wells Fargo Advisors and likely created the account fraud scandal where Wells Fargo employees opened millions of savings and checking accounts without client consent. Now, Bank of America is pushing for similar goals.

Advisers in this type of sales environment can often appear as though they have your best interests at heart. They seem to be proactively thinking of ways to help you. However, in reality, they are looking out for the best interest of their company.

As Sarah J. Rueppel writes in “The Advisor Approach: Cross-Selling by Fact-Finding” :

Few seniors meet with insurance agents because they want to buy something. What they really want is sound advice they can trust. They want to feel comfortable calling you with questions and they look to you as the expert. Walk into that meeting with the mindset of an advisor, and your clients won’t feel like they’re being pressured to buy a thing.

Once your client looks to you as a trusted advisor, you’ll find plenty of opportunities for additional sales. Never force the sale, though. Often, it’s as simple as mentioning a product and coming back to it at a future appointment. Your focus should always be on building a good relationship with your client while fact-finding to discover their needs.

This is the twisted advice of the dark side of financial planning; “Pretend to be a trustworthy financial advisor while you recommend profit-generating products.” These salespeople aim to build a good relationship with you through fact-finding, but he or she is really looking for sales opportunities.

In contrast, a good fiduciary is willing to disagree with you and asks for information in order to personalize your financial planning.

The most objective and trustworthy financial advisors would not be able to last long in cross-selling environments.

Cross-selling risks turning off advisors, who may feel it intrudes on client relationships. It also can put firms in hot water with regulators. For example, Morgan Stanley paid Massachusetts $1 million after the state’s securities watchdog charged the firm with carrying out an unethical sales contest among advisors aimed at getting clients to take out loans backed by securities in their brokerage accounts.

In “Cross-selling can be lucrative — and dangerous — for big brokerages,” Bruce Kelly explains:

Owned by Bank of America Corp., Merrill Lynch is embracing the practice and — since the start of last year — compensates its nearly 15,000 advisers for reeling in new households and getting existing clients to sign up for banking services like loans and deposit accounts. …

From January 2014 until April 2015, the firm [Morgan Stanley] ran two different contests involving 30 advisers in Massachusetts and Rhode Island. The goal was to persuade customers to take out securities-based loans in which they borrowed against the value of the securities in their portfolios with the securities serving as collateral.

Encouraging clients to take securities-based loans is a terrible idea. To make giving such advice a contest with prize money, I would judge immoral.

Even if you asked a Morgan Stanley adviser that question, can you imagine that they would answer honestly? They’d have to say, “Well, no. I also receive prize money if I can convince you and nine other unsuspecting investors to take out a margin loan against their securities.”

We have found that so-called advisers coming out of such environments have been seeped in a sales mentality. They often view their role as one of being able to land new clients by building a personal emotional rapport, and upsell additional products to existing customers. Advisers in such environments have more conflicts of interest, many of which they may not be able to avoid, and others of which they may not even be aware. For this reason, we think it is best to avoid such firms entirely.

To find a comprehensive fee-only CERTIFIED FINANCIAL PLANNER™ (CFP®) professional in your area, restrict your search to NAPFA-Registered Advisors.

Photo by Sebastian Herrmann on Unsplash