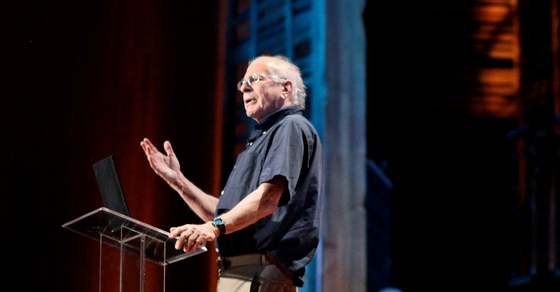 Don’t churn accounts and trade too much.

A ‘Buy and hold strategy’ beats a ‘buy and chase returns strategy.’ Buy and chase returns is what most people are doing when they churn an account and trade too much. Kahneman goes on to talk about the behavioral bias which feels losses more than gains. And I will have to say that in all the client calls I receive asking about specific investment returns in client portfolios, people are worried about the ones that have gone down and don’t seem to be worried about the ones that have gone up.

Kahneman goes on to talk about how those biases effect a client’s relationship to their investment advisor:

Mr. Kahneman said the role of advisers is less about portfolio positioning than understanding the frequently irrational biases of their clients. In his view, behavioral research shows that clients have an exaggerated bias against losses as well as a hindsight bias that gives them the false sense that the future is predictable.

Those biases, among other implications, mean that clients will blame themselves and their advisers for not predicting the future unless they are coached to anticipate failures and do not check their returns on a day-to-day basis. And clients with a greater aversion to losses will need a different portfolio than ones with less of an aversion to losses.

In other words, one of the primary purposes of having an investment advisor (at least according to this Nobel laureate) is to frequently tell you when you call that you are wrong and have irrational biases.

And in response to your call your investment advisor should do nothing.

And the claim would be that your advisor would earn their fee simply on the times they would tell you, “No, that’s a bad idea.”

Finally, Kahneman went on to talk about active managers who would think that stock picking is where an advisor brings value:

Mr. Kahneman faced a loaded question that put the economist in an awkward predicament: What do you think about active management?

Mr. Kahneman, who has written at length about what he sees as the futility of stock-picking in his 2011 book, “Thinking Fast and Slow,” said “that’s a painful question to ask in front of an audience of mostly active managers,” he said.

He said he hopes he doesn’t have any active management in his portfolio, but admitted that he didn’t check in very often with his financial adviser.

“I’m very interested in him not being too active,” Mr. Kahneman said. “I have doubts about active investing.”

As we have said before, “Active Management Has An 82% Failure Rate.”