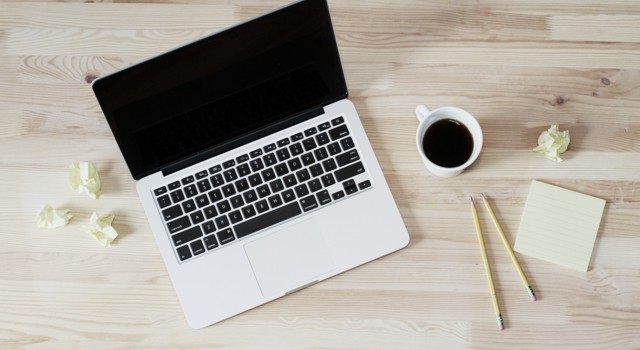 We work with a number of small business owners of very successful companies. Many have told me the stories of the times that their business nearly failed but through a herculean effort they ultimately saved the company and made the venture a success.

In Michael W. Sonnenfeldt’s latest book, Think Bigger: And 39 Other Winning Strategies from Successful Entrepreneurs, he gathers a collection of sage advice for entrepreneurial success. Among them is “Lesson 5: Grit Beats IQ – Most of the Time.”

He writes, “Given the high failure rate for startups, successful entrepreneurs typically struggle for a decade or more to build a business that just might eventually appeal to a buyer. To keep struggling requires an additional psychological trait: grit.”

Grit is defined as “having and working assiduously toward a single challenging superordinate goal through thick and thin, on a timescale of years or even decades.”

As Sonnenfeldt quotes one successful entrepreneur, “If it were easy, everyone would be doing it.” There is a high level time and effort required in starting a business that can indicate success rather than failure.

The book is divided into six stages of an entrepreneur’s business growth. “Stage 5: Protecting Your Wealth” includes lessons about investing and financial planning.

As both a wealth manager and a business owner myself, this section explained clearly the difficulty of treating investing like you would running a business. As Sonnenfeldt explains in the first chapter of this stage:

The basic problem is that investor and entrepreneurs operate in ways that are, as David puts it, “antithetical.” Successful entrepreneurs have generally built their fortunes by making big bets, often against the odds, on just one business – their own. Investors diversify their exposure across multiple assets; if any one of those investments fails, they are still in the game. A successful entrepreneur can pick up a lot of bad investment habits in the course of a long career without suffering irreparable harm so long as his company continues to earn income that replaces lost investment dollars. But once that business is sold, an entrepreneur can no long turn to the company’s cash flow to offset their losses. It’s a big difference.

Barbara Roberts delved into this difficult transition in “Life After an Exit ,” a Columbia Business School white paper she wrote in late 2013 about the problems that entrepreneurs face after selling their companies. A number of the wealth managers she interviewed noted that entrepreneurs posed a particular challenge as clients “because they could not give up control.” As Barbara later elaborated to me, “Entrepreneurs ask lots of questions and need to thoroughly understand the investment before they step in. Wealth managers don’t understand that entrepreneurs are not actually risk-takers, they’re risk controllers.”

To me, that is more evidence that entrepreneurs and investors live on different planets. The only firewall between a small business owner and failure is being in control of day-to-day decision making – and anyone managing a great entrepreneur’s money ought to understand that. As David Russell explains, when running a private business, “If something goes wrong, you can fix it. You can hire the right people, massage your customers, tighten your belt, expand when you have an opportunity. As an investor, you only have four decisions to make: what to buy, when to buy, what to sell, when to sell.”

And if you are a passive investor or owner of a public stock, as most of us who’ve sold businesses are, then you find yourself to be the last to know about any problems your public companies might be facing, and you can rarely do anything to help when you find out because it is already too late and you don’t own enough of the company to have any influence anyway. Mostly, you wait. For me, passive investing was like watching paint dry. And that is why so many entrepreneurs who become investors are way to anxious to do something – even if it’s at their peril.

The same grit that drives entrepreneurs to success can drive their investments to failure. There is a science to crafting an investment plan, but once it is made, you need to be diligent in giving the plan a chance to work. Just because some or all of your assets are down does not mean anything needs to be done. A winter season in the markets should not ruin a brilliant investment strategy. Diversification works over long periods of time.

If you are a small business owner, you know the cost of working with an incompetent or unethical partner. You may be wary of many of the so-called financial advisers who are little more than wolves in sheep’s clothing. As a result, you may be tempted to do your investing and financial planning yourself.

You deserve a fee-only fiduciary who will understand your situation and help you navigate investing. We love working with entrepreneurs and we would be honored to be considered for that position.