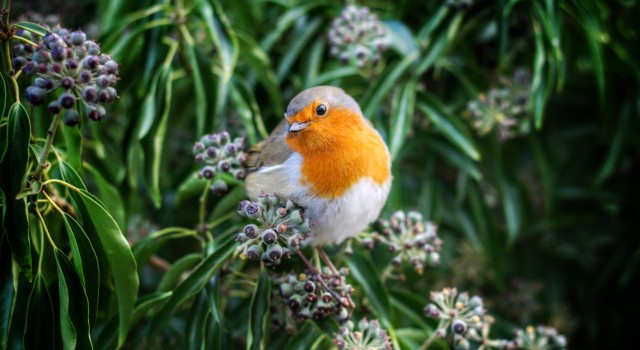 A valuable exercise this time of year is to review your investment returns to analyze what occurred in the broader asset classes. First, check to see if your specific investments are capturing a majority of the potential market return of their asset class. Second, evaluate whether your asset allocation is optimized to balance risk and return.

The fourth quarter took away many of the gains in the U.S. markets. The S&P 500 broke a record on October 9 and then fell about 7% to end the year up 5.49%. The Dow and NASDAQ showed similar trends.

The S&P 500 ended the year up 5.49% and the Lehman Aggregate Bond Index up 6.97%. U.S. bonds beat U.S. stocks. Average investors often have a majority of their assets in U.S. large-cap stocks such as the S&P 500 with a small helping of U.S. bonds, even though these categories represent only two of the six asset classes they should be using.

Compare the return of each of your funds with the return of an appropriate asset class index to see how much market return you lost to poor fund choices and how much you lost to high expense ratios. Every fraction of a percentage does make a difference.

Then evaluate your asset allocation against the entire domain of potential asset classes. Asset allocation is the most significant investment decision you will make. It is  even more important than selecting the best managed funds within an asset class.

If you split your investment evenly between A and B, you will earn 15% the first year and 15% the second year. By compounding 15% the first year with 15% the second year, you will have a total gain of 32.5% over two years. You’ll profit from the magic of compounding when you rebalance your investments after the first year and take some of the profit from A and move it to B. An even asset allocation between these two choices not only smooths returns, it actually boosts them. Particularly in volatile markets, periodic rebalancing can help.

The S&P 500 5.49% and the Lehman Aggregate Bond Index at 6.97% did not appear to provide much difference in potential returns in 2007. Most investors’ asset allocation is built from these two categories, but they represent only one and a half of the six asset classes we recommend.

Economists are wary about a U.S. recession, and thus it makes sense not to invest exclusively in the market of a single country. But predicted recessions often fail to materialize. It is unwise to get out of the markets entirely. The markets are inherently risky, and unless you can time them within six weeks of a top or bottom, it is usually better to stay fully invested. But staying invested does not mean staying invested exclusively in U.S. large-cap stocks.

Including a healthy allocation to foreign stocks would easily have boosted your returns in 2007. The international EAFE index gained 11.17%. Freed from Japan’s 4.23% loss, the 10 countries with the most economic freedom soared 19.97% for the year. And emerging markets produced a 39.39% return.

Investing in the S&P 500 index primarily represents large-cap growth stocks in the industries that did well last year. Broader indexes include more mid- and small-cap stocks.

We recommend leaning toward small and value even though large and growth did better this past year. Generally speaking, large and growth outperform small and value at the end of a bull market. Coupled with a slowing U.S. economy, this is another warning of a possible recession. Value stocks on the whole do better during market downturns, so we recommend staying invested in them.

Although U.S. bonds did well, foreign bonds did better as the value of the U.S. dollar continued to diminish. Having at least half of your assets outside the reach of a falling dollar protects you against currency devaluation. Unhedged foreign bonds, foreign stocks and hard asset stocks offer you some protection against a falling dollar.

Finally, hard asset stocks continued their growth, gaining 4.64% in the fourth quarter alone. The GSSI Natural Resources Index ended the year up 34.44%. Energy funds were up 38.77%, and industrial materials funds, which include precious metal mining companies, were up 40.94%.

Investments with low correlation mean lower volatility and better compounded returns. Your asset allocation should use all six asset classes: three for stability (money market, U.S. bonds and foreign bonds) and three for appreciation (U.S. stocks, foreign stocks and hard asset stocks). Then make sure to select the best specific investments in each class, those with low expense ratios that capture the majority of the return of their asset class.

You owe it to meeting your financial goals to review these aspects of your investments at least once a year.

Photo by Andrew Alexander on Unsplash