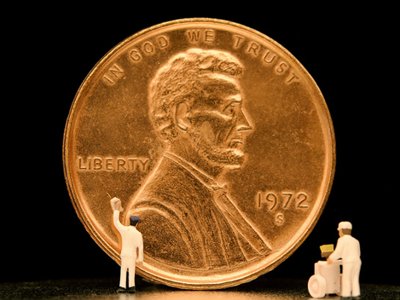 On May 6, 2013, the Senate passed the Marketplace Fairness Act (MFA). If this legislation passes the House, it will require Internet-based businesses to collect state sales tax based on the shipping address for qualifying states. A state can qualify by simplifying its sales tax and providing software to the public to compute the tax.

According to the tax code, purchasers are already required to pay either state sales or use tax for any type of sale. The use tax, normally the same rate as the sales tax, is a tax on goods purchased where the vendor did not collect a sales tax or where the state that collected the sales tax was not the same as the state where the good was ultimately “used.”

You are asked to self-disclose your use tax at the bottom of the state tax form. It is a widely held belief that most individuals do not pay this tax.

A bricks-and-mortar company located within a particular state is required to enforce that state’s sales tax on your behalf. For local purchases with local uses, no more tax is required from you. However, if that state is not the good’s final destination, you may still be subject to a state use tax.

On the other hand, for Internet purchases from out-of-state vendors, both individual and corporate purchasers have always been required to pay the state use tax because no sales tax is collected for you online.

Up until this point, the Supreme Court’s ruling that no state can require an out-of-state vendor to collect that state’s sales tax has protected online companies from the obligation of collecting other states’ taxes. The court’s reasoning was twofold.

First, only Congress can regulate interstate commerce. The Court invited a congressional ruling on the matter to replace their ruling, which is now the MFA.

Second, because there are over 9,000 different tax districts in the United States, the Court ruled that collecting sales tax for multiple states would be too difficult. Each district has its own set of rates. Each state has its own way of categorizing items to determine the tax rate schedule. And each state provides a different sales tax holiday.

The MFA addresses the Court’s objections by requiring the states to simplify their sales tax code and provide software to calculate it in order to qualify.

This new legislation is considered a way to level the playing field, since physical shop fronts are required to collect state sales tax for the state where they are located. However, the MFA will obligate Internet-based companies to be able to collect the state sales tax in all 50 states.

Furthermore, unlike a bricks-and-mortar shop, which can collect its home state’s sales tax at the cash register and then ship the goods to your potentially out-of-state home without dealing with another state’s taxes, Internet-based companies are required to charge sales tax based on the shipping address.

This is why, if the MFA was following the normal logic of a sales tax, it should be based on the location of the shop.

Instead of either of these options, the MFA chose the shipping address, which is potentially in yet another state, to help states collect the frequently avoided use tax.

The location of a good’s use is highly debatable. When the billing and shipping address are the same, it seems fair to presume the location of use even if there’s a chance of being wrong. However, when the two are different, as in the case of purchasing a present for someone who lives in another state, the use of giving the gift occurs in a different state from the reception of the gift.

By choosing the shipping address, the MFA implicitly rules that receiving a gift and not giving it is the use of a present. They chose the shipping address, even though forcing online vendors to collect the tax by definition makes the tax a sales tax, which would normally be collected based on the location of the sale.

If you interpret the current tax code the way MFA does, it would mean that if we buy a gift and ship it to a relative in California, we are obligated to pay his California use tax of that gift as a sales tax.

In the past, Amazon fought the idea that it had the physical presence necessary to trigger a requirement to collect sales tax. In the last few years, though, it has made deals with states to collect sales tax and built huge warehouses to stage their products. Now Amazon is a proponent of the MFA to remove any advantage from its competitors.

Those in favor of the tax argue it is not a new tax but rather a new sales tax form of the use tax, and that advancements in computer software now make the tax simple and easy to collect.

It is not a new tax. It is simply a tax that nearly everyone currently reading this column is successfully evading without prosecution. Consumers have always been obligated to keep track of every purchase made outside of the state and voluntarily pay state use tax on it.

This is a case where states’ rights limits your obligations to comply with your own state’s sales and use taxes. But that compliance is anything but straightforward. Interstate sales and use taxes are muddled laws, which is why they are difficult to enforce. And when everyone is guilty, no one is guilty. We deserve a simplified and streamlined tax code.