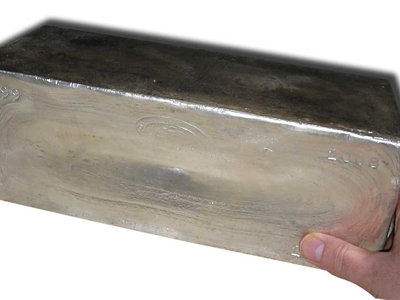 I’m 44 years old. I’d like to initiate a series of substantially equal withdrawls from my traditional IRA account. Basing on the IRS single lifetime expectancy table and current IRA value, this would be roughly $3,000/year. I’d like to use these funds to slowly purchase physical silver over the course of 5-10 years. I’m interested in diversifying into hard metals.

If you start a Substantially Equal Periodic Payment (SEPP), the IRS requires you to continue the withdrawals for five years or until you are 59.5, whichever comes last. Starting a program now, means you will be required to continue the withdrawals for the next 15 years. This withdraws the money during your peak earning potential and puts the money into a taxable account where there is a headwind of higher taxes on interest, dividends and capital gains.

If you are going to pay the tax, you would do much better doing a Roth conversion where you can determine how much to convert each year. Once the money is in a Roth account it will never be taxed again. And once in a Roth account you can always decide later that you want to withdrawal the money later.

Precious metals are currently taxed at the highest capital gains rate of 28%. Most investors who invest in physical silver are worried about holding dollars as the government devalues the currency. But holding precious metals means that the government will tax you 28% of whatever they devalue the currency by. As inflation sends the price of precious metals higher, those metals held outside of a retirement account will be subject to a 28% tax on the appreciation. The higher inflation is, the more gain you will have to pay on taxes. Precious metals will, on average, just keep up with inflation, but your after tax return would mean you fell behind inflation by the 28% tax you must pay. This same tax applies even if you own a precious metals ETF such as iShares Silver (SLV) or iShares Gold (IAU).

It is important in investing to understand where value comes from. There is no additional value added by holding a commodity such as oil, real estate, or precious metals. These commodities hold their value, but they do not appreciate beyond inflation. An ounce of gold 200 years ago has about the same buying power then than it does today.

Bear in mind that the dollar amount is very different. A dollar is not a safe long-term store of value. Dollars are constantly losing value as the government purposefully engineers inflation. Commodities keep up with inflation, but add no value. Dollars have no intrinsic value, and lose their exchange value with inflation. But stocks, on average, appreciate at about 6.5% over inflation. Investing in companies which bring value to their customers every day is the safest long term store of value.

The physical value of Coke as a company will appreciate with inflation at the same time that corporate sales will bring an average extra 6.5% earnings annually. Owning shares in a company producing a real product is better than owning a commodity with no productivity. Gold’s recent run up is partly driven by the fear that both the Euro and the US dollar are probably heading for devaluation. But this doesn’t mean that prospects going forward look good.

The stock market (as volatile as it is) has not had a 21 year slide in which it lost 69% of its value. Neither has it had a 28 year period over which it gained 0%. And that’s because the stock market represents the value of thousands of publicly traded companies whose employees very jobs depend on them bringing real value to their customers.

We ask our clients to limit their investment in physical metals to less than 3% of their net worth and only then if they are ahead of their retirement savings goals. Any more than this amount begins to jeopardize the long-term appreciation of your investments. And the best way to hold precious metal investments would be to hold them in a retirement account or to hold them for your entire lifetime in order to allow your heirs to get a step up in cost basis when you die.

A better hedge against inflation would be to make sure that your allocation to hard asset stocks is sufficient. And a better plan to deal with increasing taxes would be to consider doing a Roth conversion.