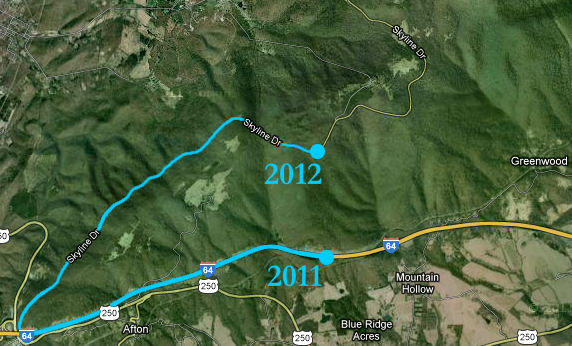 Recently I was asked to review the asset allocation for a retirement account. The return for the year 2011 was minimal and they had written “Mulligan” on the statement.

For those of you who do not know the golf reference, a mulligan is when your shot from the tee is a poor shot and you get a chance to “do over” and try again. The comment implied that 2011 was a wasted year in which the markets had not worked.

This idea must have been on my mind, because I had a dream in which I saw a map similar to the one above and I heard myself explaining why 2011 was not a financial mulligan. Even after waking, my dream seems like a great analogy and I share it with you:

In 2010 the S&P 500 rose 15.06%. A lot of ground was gained. The markets continued to rise in early 2011, but then they met resistance.
Resistance is like driving toward the Blue Ridge mountains of Virginia. It is difficult to put a road straight over the mountain. Even though the distance would be shorter, cars can’t easily just go up and over the mountain. Instead they go around. 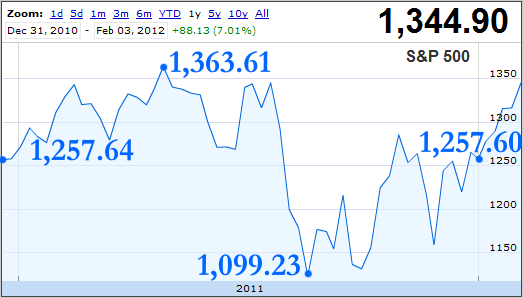 It looks like the year of 2011 went nowhere, but that’s how the markets work. First they rise. Then they find a resistance level where they can’t rise anymore. Then they back track and fall until they find resistance and can’t fall anymore. But when they start to rise again they are on the other side of the mountain and are ready to continue their upward climb. 2011 was a year of digesting the gains of 2010.

It may look like a mulligan, but in 2011 we made it over the mountain.