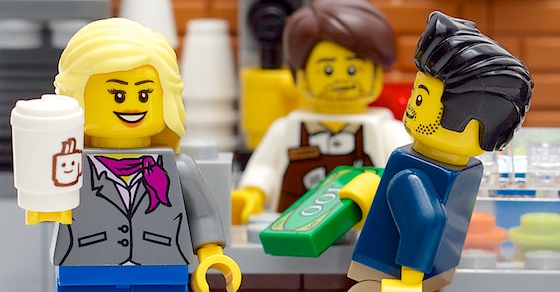 There is an old stock adage: “It you wouldn’t buy it, why keep it?”

The intent is to keep people from holding onto individual stocks they shouldn’t simply because of the sunk costs fallacy. Stocks can have momentum and the momentum can take a while to run its course. Here are some important cases where this bit of wisdom needs to be carefully applied.

This advice should not be applied to broad index funds. When you bought an index fund in the first place, you should be basing that decision on long-term historical averages. In other words, you should always be willing to buy it again. And you should rebalance and actually buy more of it in the case where it goes down in value. You should not have stop loss orders for broad indexes. If anything you should have limit purchase orders in case it loses money and limit sell orders if it goes up in value.

This advice should not be applied to assets which have a large spread or are illiquid. I did the analysis on a real estate limited partnership which had been held for nearly 30 years. There had been no market until recently, and now there was the offer by one of the managing partners to purchase the shares for $60,000. The investment was finally paying about $6,000 a year as its return, which is a 10% return on the bid price. Initially the client thought my recommendation not to sell the investments meant that it had been a good investment. The company had another offering and they wanted to know if they should invest more in a similar product.

I pointed out that their initial purchase price had also been about $60,000. In 30 years the investment should have doubled at least three times and should have been worth at least $240,000. Perhaps it was worth that much, but because it was illiquid and there was no public market we could not tell how insulting the managing partner’s offer was. At $240,000 the $6,000 a year was only a 2.5% return.

For illiquid investments the best advice is neither to buy them nor to sell them. Because the bid and ask prices are so far apart (i.e. the spread is so large) they are not worth trading either way. If you have made the mistake of buying them, you should not necessarily make the mistake of selling them as well.

The bid-ask spread is a measure of just how illiquid an investment is. Large cap stocks are very liquid with very small spreads. Small cap over the counter stocks and less popular exchange traded funds can have higher spreads. Every share of company stock is identical to every other share making valuation easier. But this is not true for bonds. A company bond is unique based on a host of attributes. This makes bond pricing an involved and complex process.

When you want to sell an individual bond, you put that bond out for bid and get back several individual bids for what various institutions are willing to pay for that bond. Those bids can vary widely. Here is an explanation on Bond Markups:

The difference between what you pay and what the dealer pays is the markup, which can be as high as 4% or 5%, though markups on Treasuries are usually lower than 0.5%. More frequently traded bonds tend to have lower markups than less frequently traded ones. And, because bonds with lower interest rates are typically harder to sell, brokers generally charge higher markups to do so.

Most investors don’t see this spread on their statements. One of the jobs of a custodian (Schwab, Scottrade, etc.) is to value and price each of the holdings in your portfolio. Stocks are easy as they have the latest bid price in the markets. Bonds are more difficult both because of their spread and also because the particular bond you are holding might not have been traded in weeks or months. Custodians mask this spread and uncertainty by listing an approximate valuation as though it were an exact science. There are good algorithms and they get very close, but they still often list a price between the bid and ask spread.

Losing 4% of the expected value for a bond which is going to mature in five years may or may not be the best course of action. There is little reason, especially with a bond, to think that the market has priced it incorrectly. The only reason to sell it is because you don’t want to hold bonds of that duration or that quality.

This advice should not be applied to highly appreciated assets in taxable accounts. The amount of money you will have to pay in capital gains tax creates a hurdle for how much more in additional investment appreciation you would have to earn in order to overcome paying the tax. On the high end, for a stock which is all appreciation, and for an investor who will need the money in a year and is subject to the top 23.8% capital gains rate, that hurdle is 33.73%. This means if you sell the appreciated investment and invest in something else for a year you would have to earn an additional 33.73% over what it is currently invested in just to break even. Taxes matter, and the capital gains tax ends up reducing the liquidity of investments.

This advice is sometimes paired with the advice, “Hold onto your winners and sell your losers.”

To call them “losers” is only to say that they are not currently trading at all time highs. In some recent time period they were trading higher than they are now.

The other 99% of stocks have dropped in price from their high water mark over some period of time. Individual stock volatility is mostly noise, so it isn’t surprising that stocks bounce around a lot even while the general trend is upwards. Market timing is difficult for the markets as a whole, it is even more difficult for individual stocks.

This advice should not be made based on how you feel. The biggest problem with this advice is because it plays into our emotions. Buyer’s regret is a common feeling if something has gone down in value, but if something has gone down in value it should make it more attractive. The stock market is one of the few places that when things go on sale we are less likely to want to buy.