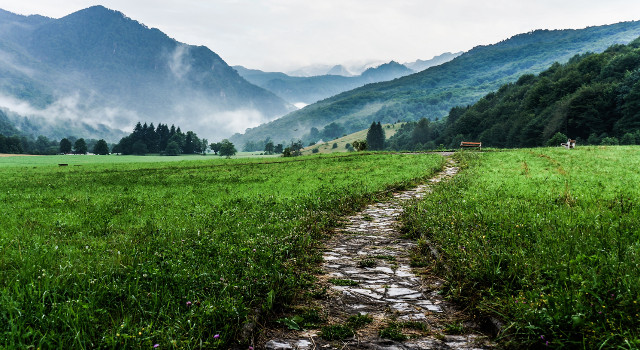 We recently had the pleasure of analyzing a pension from the state of New Jersey. The pension amount, while generous, had not been adjusted for inflation for the past eight years. Prior to that, the adjustment was only 60% of the Consumer Price Index. The New Jersey Education Association explains :

A cost of living adjustment (COLA) protects retirees’ pensions from eroding due to inflation. In New Jersey, the COLA calculation is 60 percent of the Consumer Price Index (CPI) annually. Chapter 78, the 2011 pension and benefits law passed by the Legislature and signed by Gov. Chris Christie, suspended future COLA increases for all plan members, including those already retired and collecting a pension. NJEA, along with other unions, sued the state based on the idea that the COLA was part of the non-forfeitable right, and could not be taken away once it had been earned.

In June 2016, the New Jersey Supreme Court issued a 6-1 decision to maintain the COLA suspension indefinitely. The decision, written by Justice Jaynee LaVechhia stated, “In this instance, proof of unequivocal intent to create a non-forfeitable right to yet-unreceived COLAs is lacking. Although both plaintiff retirees and the state advance plausible arguments on that question, the lack of such unmistakable legislative intent dooms the plaintiffs’ position.”

Though one of the wealthiest states in the Union, New Jersey faces one of the country’s deepest budget crises. A 2017 Mercatus Center report ranked the state’s financial condition as the worst in the nation; other good judges reach similar conclusions. It has the highest taxes, the worst business climate (or one of the very worst), the second-lowest credit rating, and one of the most sclerotic state governments of any US state.

New Jersey has a deep pension-funding crisis. It has made excessively generous pension promises without funding them; simultaneously, it has run up some of the highest debts, lowest credit ratings, highest tax rates, lowest citizen satisfaction rates, and highest out-migration rates of any state. Its responses have proven futile or counterproductive. While the pension crisis has arisen largely from a lack of citizen oversight, the state has recently increased government-worker control. While it has failed to fund its pensions, it has recently made a cosmetic dedication of lottery revenues that will only serve to hide—not correct—underfunding. And while the state already shows signs of tax-base flight, it contemplates enormous tax increases. New Jersey’s future likely requires its officials to reduce pension promises for work not yet performed and to trim some already-granted pensions that run in excess of earnings during working years and reasonable New Jersey compensation levels.

Promises are easy; meeting those promises can disadvantage future generations who have to pay an increasing percentage of their own income to satisfy services for which they never benefited simply because they were given in previous decades.

Politics aside, the financial planning question is how to model a generous pension from a failing pension system. Here are the possibilities of what might happen:

2. The pension amount might remain a fixed dollar amount.

3. The pension amount might, at some point in the future, adjust partially, for inflation.

Given the poor financial situation for public pensions, they probably won’t adjust for inflation. On the other hand, if the pension system fails, it will probably at least pay a fraction of what it is currently paying.

So the most interesting question is what is a fixed dollar amount for the rest of your life worth? That’s the analysis to tackle here. (You’ll notice that this analysis would also apply to the fixed amount of dollars of immediate annuities.)

In this way, the dollar amount we spend each month to maintain our standard of living increases by inflation.

In this way, in order to ensure that we do not run out of money, we need to find what portion of our pension check can be spent initially such that the savings and investment growth we accumulate can supplement our lifestyle later in life when inflation has reduced the value of our pension check.

For our assumptions, we use a planning goal of having enough money to support your lifestyle through the 100th year of life or until the pensioner’s 101st birthday.

Some will think this is too conservative, but a straight-line projection that lasts through age 100 produces an 85% or better chance of meeting your lifestyle goals.

I also assumed a 4.1% inflation rate, which is the historical average. Inflation is the most significant danger to any fixed-dollar series of payments. Inflation has ranged from negative to, at times, over 20%. Although inflation is currently running at about 2%, assuming the historical average is safer because it is worse. If inflation stays lower and better than our assumptions, then it will increase your chances of meeting your lifestyle goals. If it returns to the average or even rises slightly, we will be grateful that we assumed a higher number rather than impoverishing your life.

In the first scenario, we assumed that the extra money was kept in cash to be safe. Wealth kept in cash loses its purchasing power on account of inflation each year. With an assumed inflation of 4.1%, we assumed a nominal investment return of 0% which is a return of -4.1% over inflation.

In the fourth scenario, we assumed the larger average investment return based on a typical portfolio at each age. Age-appropriate portfolios are a blended mix of stocks and bonds with less stocks as you get older. At its height, this return is as high as a 5.5% over inflation, which is an assumed return of 9.6%. However, the assumed return decreases as the pensioner ages into a higher bond allocation.

Given these assumptions, here is the amount of a fixed pension which can be safely spent each year based on the age of the pensioner and depending on what the savings portion of the pension is invested in:

A fixed-dollar pension or annuity can feel as though it is safe, secure, and guaranteed for life. But inflation is the greatest danger to a fixed-dollar payment. Setting aside some of the payment for future inflation is a prudent retirement planning practice.

Saving and investing a portion of your fixed-dollar pension to adjust for its failure to include inflation adjustments is an important part of this calculation. If you are unwilling to invest the saved portion of your payment, then you should limit your spending to the percentage listed in Scenario 1 (cash) or Scenario 2 (stable return).

This technique can be combined with our standard safe spending rates simply by putting the entire payment into your savings and then setting your withdrawal rate to the safe withdrawal rate plus the percentage of your fixed dollar payment allowed according to your age.

Photo by Lili Popper on Unsplash