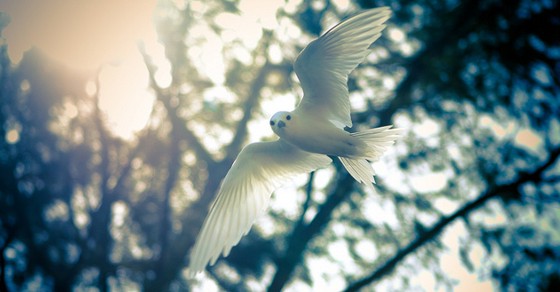 Safe withdrawal rate calculations are complex but, when done correctly, can provide an accurate assessment of a safe retirement lifestyle specifically for you.

Frequently, after making the initial calculation, adjustments need to be made to include the impact of other financial events. When you file for and how much you receive in Social Security benefits can increase your safe lifestyle. In the same way, the likelihood of a large inheritance can be included in the calculation of your retirement savings.

These adjustments, although complex, can be helpful to get the most accurate number.

There are two primary steps to computing a safe withdrawal rate from your retirement savings.

The resulting value is the amount of after-tax assets that, on average, you can safely withdraw from your investments each year until age 100.

For example, the safe withdrawal rate at age 65 is 4.36%. A couple with an after-tax value of $2 million could safely spend $87,200 after-tax for the first year of their retirement.

The next year, their safe withdrawal rate would go up to 4.43% and assuming that they earned 6% on their investments, after spending the $87,200 their after-tax value would still go up by approximately 1.38% on average. This makes their second-year retirement safe withdrawal $90,024, which is approximately a 3%-inflation-adjusted version of their first-year withdrawal.

Back of the napkin calculations usually fail to take into account the effects of inflation and therefore often fail to provide a secure retirement income.

If you currently have a large one-time expense, you can simply deduct the cost from your after-tax investable assets. For example, if a couple is going to be paying $100,000 to complete their children’s college education, they can deduct the money which will fund the anticipated expense before the calculation, effectively setting it aside and not counting it toward their retirement assets.

If the withdrawal is needed later rather than now, you can set aside an appropriate amount of money which, when it appreciates at 3% over inflation, will support the expense.

In essence this technique takes a small amount of money from each year of your retirement in order to pay for the one-time expense.

All of that being said, you should be careful when it comes to counting things as one-time expenses. Sometimes such expenses are actually one of the many infrequent expenses which occur regularly in a family’s budget. Purchasing a new car, remodeling a bathroom or traveling to Europe could be everyday expenses which may be better taken from your safe spending rather than your net worth.

If you declare too many of expenses as one-time, you could quickly deplete your net worth and impoverish your lifestyle.

In our experience, the best strategy is to set aside 10% of your budgeted safe spending for unknown large expenditures. This makes your anticipated spending 90% of your safe spending rate, providing you with 10% of breathing room to cover surprise large expenses safely.

Using this technique, our age 65 couple with $2 million would set their regular safe withdrawal rate at $78,480, reserving $8,720 per year for unanticipated expenses. Spending over these amounts one year would have to be compensated by lower spending in other years.

Adjustments to your standard of living may also be made for one time wind-falls.

If you have a beach house which you plan on selling, your resources may be able to support a higher current standard of living based on the additional net worth which will be coming in the future.

The beach house should appreciate by inflation, but probably won’t appreciate by anything over inflation. Additionally, upkeep on the property will probably cost about 1% of the value of the house. As a result, unless the house is generating rental income, the house is actually a net drain on your assets.

For every year you plan on keeping the beach house, you should reduce the current value of the house by at least 3%. This reduction compensates for the fact that you don’t have that value growing in the markets at 3% over inflation.

Then, add this reduced value into your after-tax value during your safe withdrawal rate calculation.

Depreciating the beach house by 3.85% for the next 10 years reduces the current value ($500,000) of the beach house to $342,693. This only justifies an additional $14,941 in safe spending at age 65. Obviously, the longer you wait to sell the beach house the smaller the value you should count on spending in your retirement lifestyle now.

If you were planning on selling the beach house in twenty years, its current value would only be worth $234,877 and the amount of additional retirement spending now would only be $10,241.

A mortgage represents a hybrid between a one-time expense and a reoccurring budget item. Imagine our age 65 couple has ten years to pay off the remaining $250,000 on their home mortgage. Their loan is at an attractive 4% interest and their monthly payments are only $2,531. By age 75, their mortgage will be fully paid off and this expense will not continue beyond that point.

Their annual mortgage payment of $30,374 should not be entirely counted against their safe spending since it won’t continue until age 100. Separating the money for their lifestyle and the money necessary to pay off the mortgage helps make this clear.

Separately, they would also spend the $30,374 per year from the $250,000 which has been set aside to support their mortgage payments. This technique produces a conservative estimate of their safe withdrawal rate, because, based on our assumptions, the investments should earn more than the interest rate. However, it still produces a more than plentiful total annual safe rate of $106,674. After the mortgage is paid in full, only their safe spending rate (the $76,300 per year) would continue and any conservative leftovers would increase that.

Assumptions about these one-time adjustments to your net worth should be made carefully and conservatively. When in doubt, seek the assistance of a financial planner.