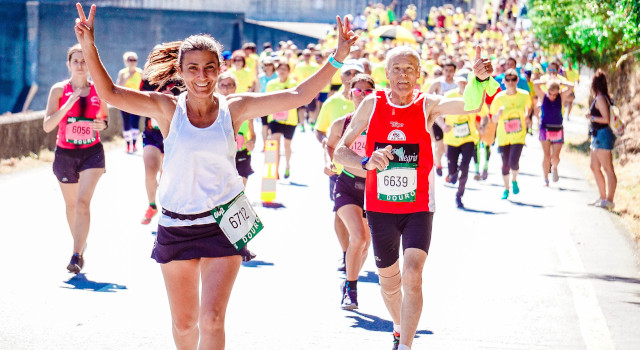 In the AAII Journal, there was an article by Meir Statman entitled “Are You Spending Too Little in Retirement?” in which Statman describes clients who continue their thrifty ways into their later years. Unfortunately, the article shames anyone not spending “enough” on themselves according to Statman. He writes:

Concern about running out of money is regularly exaggerated in inflated estimates of life expectancy. Social Security tables indicate that, on average, only one in 10 of today’s 65-year-old men will live to age 95.

Certainly, but why are we limiting our statistic to men? There is a 17% chance that his wife will be alive. And there is a 25% chance that at least one of them will be alive. It is important that we don’t engage in financial advice such that 25% of our plans fail because we couldn’t conceive of people living beyond age 95.

I’ve had the opposite issue where clients can’t imagine life at 95. Many cannot imagine living much beyond 85. And while a few may think that their spouse will live awhile, they are convinced that they personally will die at 72 or 75 years old. As a result, too many retirees assume that they will die within the next ten years.

It isn’t difficult to understand why people have a gut feeling about dying young. I had 20/10 eyesight for much of my life. I could always distinguish the double stars Mizar and Alcor , two very close stars in the handle of the Big Dipper which others only see as one. It was my norm that I could see details on the highway long before others.

When I went to the eye doctor for the first time, I said, “Something is wrong with my eyesight.” After a long exam, the doctor realized that my “failing” eyesight had brought me to everyone else’s normal. A few years later, I was given what my family jokingly calls a “baby contact” to correct my now minor impaired eyesight. Regardless, having been used to 20/10 eyesight, I now feel like I am blind without them.

Peak physical health generally occurs around age 30. After 40, the decline becomes obvious. The decline makes us feel like we are dying, but none of declining physical abilities mean we are going to die young.

We had a play structure in our yard when our children were little. After many years the structure had served its purpose and was beginning to become less stable. I was worried that it would collapse and decided to take it down. It seemed to be nearly falling down already, so I thought that taking it down would be an easy task. However, it was sturdier than I thought, and taking it down was more difficult than I expected.

We can be fooled by films today into thinking that people get knocked out with one punch or die easily. While we can die suddenly, we are resilient and may last much longer than we think. Planning like you are going to continue to live is usually the best course of action. After all, which is worse: Being destitute while still alive or dying happy and provided for with a little extra?

There are many examples of people living good, long, productive lives.

Not everyone works for money. Many work because their work is their calling. Continuing to works is one way of beating back their corner of the darkness.

Typically our clients live an additional 3-5 years beyond average life expectancy, as the demographics of those who engage in financial planning are generally those who are also engaged in the circumstances, privileges, and lifestyle choices that encourage longevity. Hence, we find Social Security tables a very poor method to predict our clients’ longevity.

My grandmother lived to age 99 1/2. My father-in-law is still active at 91. My father, George Marotta, is still enjoying life at 95.

Unfortunately, Statman’s article does not show how to compute what amount of spending is safe or how much is too much. He just says people should spend more. He offers no guarantee that retirees will have sufficient money. This can leave them uncertain. The spendthrifts will spend more and the conservative will spend less. This is unhelpful.

Statman’s article also talked about the division between capital and income, a distinction which we find confuses clients more than it aids them. People assume they can safely spend the income if they refrain from touching the principal. But rather than being conservative, this strategy may actually lead people to spend too much. If clients have a portfolio which includes larger payments of interest and dividends these payments can be more than their safe spending rate. On the other hand, you still have a safe spending rate even if you invest in stocks with no dividends.

Instead of spending whatever income yield you happen to get, setting a safe withdrawal rate based on your asset allocation is superior. Furthermore, investors should also set aside some of their assets to self-insure for long term care.

This strategy of calculating how much individuals can safely spend through age 100 gives clients a more exact number of how much is appropriately safe. This can help find the balance between spending as much as possible and trying to ensure that clients won’t outlive their money.

Yes, many retirees may die with significant assets. However, this helps to ensure that they have sufficient assets to support their lifestyle should they make it to age 100.

Planning on dying young is not a good retirement plan.

Photo by RUN 4 FFWPU from Pexels