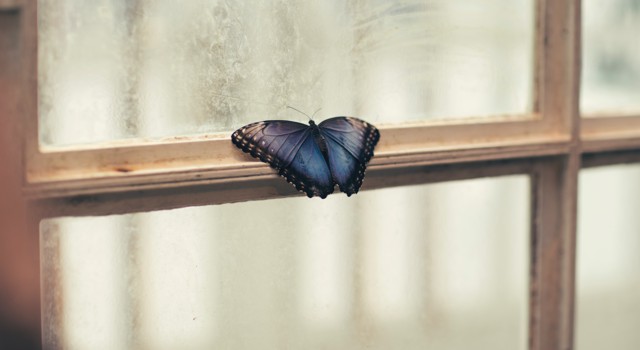 Social Security may be a Ponzi scheme, but it differs in one important way. Those who get paid early won’t have to give the money back. Perhaps this explains why many people choose to start taking payments as soon as possible.

About half of all Americans file early for Social Security at age 62. In addition to their concern that promised payments may dry up in the future, many other factors motivate them. Some are behavioral finance mistakes, but others are legitimate.

Consider the case of aging rock star Capitan Danger. After decades of free love and rocking on, he finally began working steadily after he reached 50. By recording soundtracks for video games, he now has more than 10 years (40 quarters) of on-the-books income that has qualified him for Social Security benefits at age 62. At this point Danger has to decide if he wants to take retirement benefits early or wait until as late as age 70 to receive the highest benefit.

Studies show that if we refrain from smoking, exercise regularly, only drink alcohol moderately, and eat five servings of fruit and vegetables a day, we will enjoy an average of 14 additional years of life compared with people who adopt none of these behaviors.

Capitan Danger adopted none of those behaviors.

Although the average 62-year-old might live another 19 years, Capitan Danger will be lucky to survive more than 5 years. His body is beat up from his heroin addiction in the 1970s, and alcohol abuse has damaged his liver. And of course he doesn’t ever pay much attention to the future consequences of anything.

Capitan Danger should file early for Social Security benefits. He can make his decision independently. Although he has known the love of many women, he never married any of them. One of the characteristics he seeks in a partner is her ability to support his lifestyle. Accordingly, his current girlfriend is years from retiring and earns more than he does anyway. She certainly won’t need or be eligible to claim his Social Security benefits when he dies.

During retirement the Capitan has a disincentive to work. He must not earn more than $14,160 in 2009. Any overage will be taxed at 50%. That’s fine with Danger because working too hard cramps his musical style.

He would have received a monthly benefit of $1,562 if he had waited until age 70. Beginning at 62, however, Danger will only get $887. By starting his Social Security payments early, he will realize $95,823 in today’s dollars by age 70. It takes a while for the larger benefit that comes from delaying filing to overcome the immediate windfall of starting early.

Danger’s break-even point is at age 80. He will receive the greatest benefit from filing early if he dies exactly at age 70. After that, no benefit will accrue in delaying his retirement income. He will no longer receive the delayed retirement credits that increase his benefit 8% in addition to the cost-of-living adjustment for each year he waits. If the Capitan lives to 82, he will have lost $20,016 by taking benefits early. At age 90, he will be $84,750 behind, and by age 95 his present hedonism will have cost him $125,209.

Sadly, Danger’s hard living catches up with him and he dies at age 69, having used his extra retirement money as deposits on costumes and venues for a failed reunion tour of The Thankful Corpse, his former band.

People with shorter life expectancies and singles who will not be passing their benefit along to a surviving spouse are the best candidates for filing early for Social Security. Others are better off looking at other options. Women obviously tend to live longer than men. But Social Security does not discriminate by gender, so single men have an actuarial incentive to file before single women. Both minorities and poor people typically live shorter lives, which is also an incentive to file early.

You can see how critical it is to plan carefully before you file for Social Security. Because of all these moving variables, maximizing benefits changes every year as the age to file and receive full benefits keeps advancing upward. And it changes with every retiree’s specific situation. But in each case, analysis begins with an estimate of projected benefits for both you and your spouse.

If you do not have a copy of the benefits estimate that Social Security sends out annually, you can request it at www.ssa.gov/estimator and then print the results. Or call the Social Security Administration at 800-772-1213. You can also get a copy of “Retirement Benefits” (Publication No. 05-10035) online.

On March 11 from 7 to 8:30 pm, the nonprofit NAPFA Consumer Education Foundation is giving a seminar, “Everything You Need to Consider Before Filing for Social Security,” at the Northside Library Meeting Room in the Albemarle Square Shopping Center. Financial advisors Matt Illian and Frank McCraw will be presenting. For more information, visit www.napfafoundation.org/NAPFAfoundation_Charlottesville.htm or e-mail charlottesville@napfafoundation.org .

Photo by Jian Xhin on Unsplash