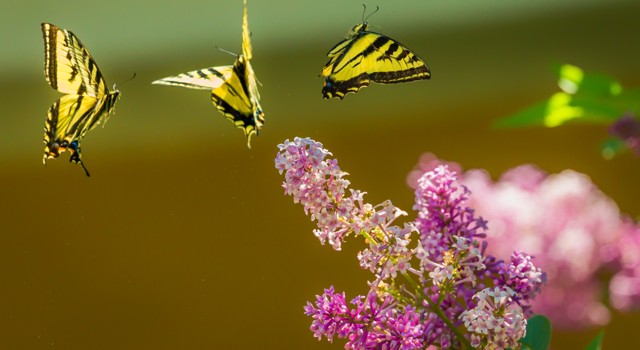 About half of retirees file for Social Security benefits early at age 62. By doing so, they receive only 75% of their full retirement benefits. And unless they die prematurely, they could lose out on more than $250,000 they might have received otherwise. So for many people, filing early is the worst possible decision.

Retirees who delay filing for Social Security until age 70 receive annual payments equal to 132% of full retirement benefits. If you don’t mind some added risk, you can combine these file-early and file-late strategies by filing, repaying and then refiling.

To refile, you must repay everything you have received in benefits after you submit the Request for Withdrawal of Application, which also allows for a refund of the taxes you have paid. You can use this opportunity to file, repay and then refile in at least three ways.

First, if you have made the mistake of filing early, you can repay what you have received and then refile at your full or delayed retirement age. This ability to undo your selection will raise your monthly payment by 33% at full retirement age and by 76% at age 70. Some people who were expecting to retire at age 62 may want to repay their benefits because they are still working full time and being penalized on their work benefits.

Here’s the second way this method is worth considering. You simply use it to gain a tax-free loan from the government. The only difference between filing late and filing early, repaying and then refiling is an eight-year interest-free income stream of payments from the government.

Refiling at age 70 can offer the best of both worlds. If you die before age 70, you have enjoyed benefits you would not have received otherwise. If you live to age 70, you will have succeeded in getting an interest-free loan from the government.

Consider the case of Leland Rockefeller again. If he files early, he will receive a monthly benefit of $1,742. Between age 62 and age 70, he could receive interest income. Even at just a 4% return, Leland could earn an additional $28,402 of interest before repaying and refiling at age 70. After refiling he will start receiving increased benefits in the amount of $3,066. The survivor benefit for his wife Candy will nearly double. The break-even point will come the year Leland turns 79. The benefits will continue beyond his death for as long as Candy draws a survivor’s check.

But filing, repaying and then refiling does have a downside. Significant risks must be considered.

For example, Leland might die at age 69 before being able to repay and refile, having received only seven years of early payments. If Leland was single, his filing early at least would have resulted in getting some money. But because he is married, his young widow Candy could get stuck receiving his reduced benefits simply because he didn’t live long enough to repay and refile.

This is not a trivial concern. Any threat to repaying means you might be saddled with one of the worst filing methods and miss one of the best. Before filing early with the intention of repaying and refiling, you must consider the worst case scenario: what will happen if you never get the chance to repay and refile. If Leland and Candy’s Social Security benefits were both equally high, Candy would not be hurt too much by Leland filing early and then dying before he had a chance to refile.

Another danger of the refiling scenario is that when it comes time, you may not have the money. If you’ve invested poorly or spent the money, you may be shackled with reduced benefits for the rest of your life. Given the tendency of most retirees to file early because they can’t wait to start spending their Social Security checks, the danger of not having the money when it comes time to repay is too risky for many households.

The potential benefit of filing and repaying is greatly reduced if you continue working beyond age 62. When you take Social Security, any income over $14,600 reduces your benefits by $0.50 for every $1 above that limit you receive as wages. It also doesn’t work if you are trying to use the time between age 62 and 70 as low-income years to convert some traditional IRAs into Roth IRAs and thus minimize taxes during retirement.

Finally, a third reason to consider this file, repay and refile strategy is to gain an inflation-adjusted income stream starting at age 70. Repaying Social Security is a better return on your money than any commercial annuity you could buy. In the case of Leland, repaying his Social Security will provide him the benefits of a joint and survivor annuity at nearly half the price of commercial annuities offered through an insurance company.

Although filing early and then repaying can be risky, it is the least dangerous for a husband and wife whose benefits are roughly equal. In this case, either partner dying before refiling won’t jeopardize the other’s benefits. Additionally, both should have stopped receiving any income when the first one reaches age 62. This most commonly happens when spouses are the same age. Also, they should be fairly well off with no temptation to spend what they receive, and they should invest in stable vehicles, such as CDs that mature the year they turn 70.

Although this option of refiling is both riskier and more complicated than the more traditional choices, it can boost your benefit by an additional 3%. For the faint of heart, however, simply filing late provides 97% of the benefit with little of the risk. It also opens up the possibilities of working until age 70 or using those years to take advantage of Roth conversions.

Photo by Andrea Reiman on Unsplash