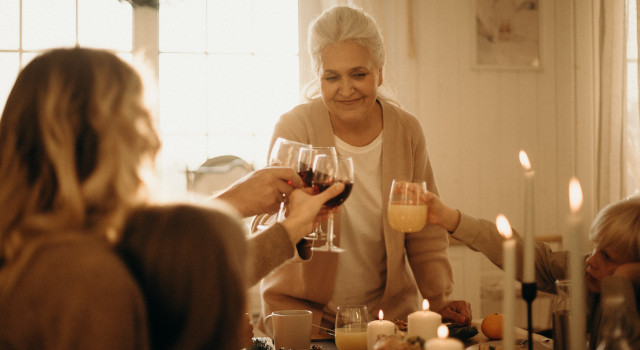 In the AAII Journal, there was an article by Meir Statman entitled “Are You Spending Too Little in Retirement?” in which Statman describes clients who continue their thrifty ways into their later years. Unfortunately, the article shames anyone not spending “enough” on themselves according to Statman. In the first article in this series, I rebuked Statman’s suggestion that you can cut loose on your spending because you likely won’t live as long as you think. Dying young is not a retirement plan.

In this article, I’d like to address Statman’s irresponsible exaltation of giving money away to family.

If you derive no pleasure from spending on yourself, why not spend on your family and the needy?
…

One reader faulted me for failing to “address preserving capital for the next generation, which is a priority for some of us octogenarians.” But why not give money to the next generation with a warm hand rather than with a cold one?

First, it is clear that Statman does not understand the life experience of the frugal. Thrifty individuals derive some pleasure from spending money on themselves. They just may not derive the amount of pleasure which makes it worth spending the money. Careful spending is how they are able to steward their money well and ensure that they have enough.

In good markets, it is easy to criticize savers as being too cautious and say they should spend more frivolously. In times of need, however, they can be complimented for having foresight.

There is nothing wrong with spending all of your safe withdrawal rate. There is also nothing wrong with living on less. There is a sense of comfort and peace to having more than you need. You are better able to handle the unexpected, including financial shocks and long-term care expenses.

Adult children asking for financial help is one of the seven reasons your retirement might fail.

Second, Statman’s criticism of inheritance gifts is misplaced. There is nothing wrong with keeping the wealth you own until you die.

The advice of giving with a warm hand likely ignores tax consequences. Money given with a cold hand is currently one of the most tax-efficient methods of giving money.

Oddly enough, under the current tax code, the economic benefits flow the other way. After prioritizing their own retirement accounts, children could give money to their parents to invest and then inherit it back after death, receiving a step up in cost basis. It is only if children are saving in a Roth IRA or a Health Savings Account that the tax advantages are superior to saving in mom & dad’s estate.

Third, family is just one life goal. There are many, many, many others.

There is nothing wrong with giving money to family members, but there is also nothing wrong with leaving family members to support themselves. A gift is a gift. No one is entitled to it; no one deserves it. If you must give something to someone, it is no longer a gift. If someone has such strong expectations that they be believe they must be gifted something, the receiver has made the error, not the giver.

It is fine to be monetarily generous to family. It is also fine to support them in other ways.

Hard work can often only be learned by struggling. You can’t teach your children to live within their means if you always supplement their means.

Photo by cottonbro from Pexels