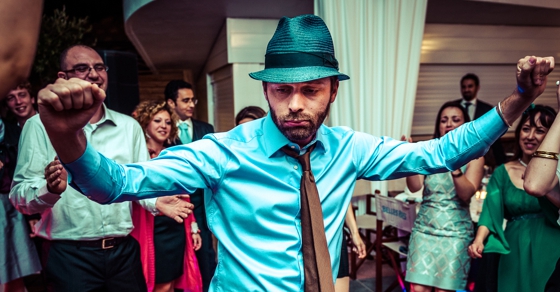 As I was doing research for another article I read “Climbing the Wall of Worry ” by Richard Bernstein from December, 2012. To put his newsletter in context, advisors started 2012 recommending that investors underweight US stocks. Then 2012 proved to be a good year for US stock with the S&P 500 appreciating 16.00%. Now at the end of 2012, advisors were particularly worried about the US markets and even recommended a stronger underweight to US stocks. In the midst of that consensus, Bernstein wrote:

Approximately thirty years ago, we began to study the information content of Wall Street strategists’ consensus recommended asset allocations. We found, when adding a little math, that the consensus recommended asset allocation was a very reliable contrary indicator. That is, it paid to be bullish when Wall Street suggested underweighting equities, and vice versa.

Chart 1 shows one version of this indicator in which we plot the consensus recommended equity allocation for a balanced fund against the typical normal long-term equity weight of 60-65%. In this chart, a reading of 50% indicates that the average Wall Street strategist was recommending 50% of a balanced fund (i.e., stocks, bonds, and cash) be invested in equities.

As a fantastic example of bull markets climbing the wall of worry, Wall Street strategists never recommended overweighting equities at any point during the entire bull market of the 1980s and 1990s. They finally recommended overweighting equities subsequent to the Technology bubble. That overweight proved to be just in time for the so-called “lost decade in equities”, during which US stocks produced a negative return over ten years.

Today, however, Wall Street strategists are recommending the lowest equity allocation in the near-thirty year history of the data. As was the case before the lost decade, the stock market has performed well during a period of fear. 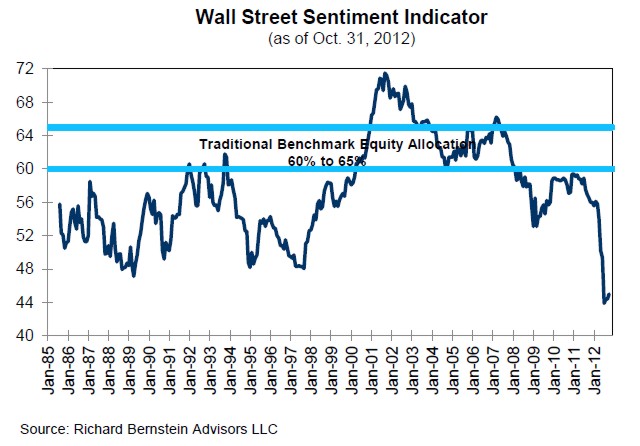 Berstein’s contrarian indicator paid off. Even though sentiment was at an all-time low and few thought we were going to have a stellar year in the US markets, that is exactly what happened. The S&P 500 appreciated 32.39% during 2013 and an additional 13.69% during 2014. In other words, it paid to continue to rebalance your portfolio and keep a healthy allocation to US stocks.

Here is our advice published on the blog from January, 2012:

Our message has consistently been: Set a brilliant long-term strategy, rebalance regularly, and then don’t ruin it by watching the news.

In 2012, people wondered why we allocated anything to US Stocks. Now they wonder if we should invest anything in Foreign Stocks or Resource Stocks. And we’re probably better off for not listening to them.