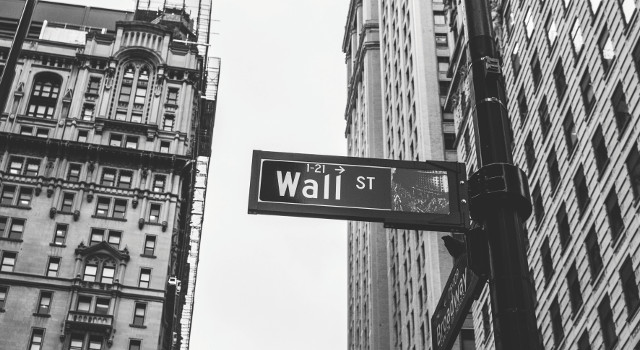 Last month I was in New York City for the weekend. Although our hotel was in Times Square, we had a chance to visit Wall Street while we were there. Wall Street is a testament of the spirit and vitality of free markets.

The Dutch first settled lower Manhattan in the 1600’s. They purchased the entire island from the Indian tribe living there at the time. Property boundaries were divided by plank fences. The stockade’s fence was strengthened into a twelve foot wall out of fear of the Indian tribes who did not leave the island.

A major thoroughfare in front of the wall developed connecting the east and west sides of lower Manhattan. This passageway continued to be called Wall Street even after the British tore down the wall in 1699.

Wall Street continued to serve as the site of trade and commerce during the 1700’s. City Hall, a church and many merchants’ shops and warehouses were located along this street. Federal Hall was built on Wall Street where George Washington was inaugurated as our first President.

In 1792, two dozen of New York City’s leading merchants met secretly and negotiated an agreement to eliminate the power of the auctioneers in order to gain better control over trading fees. Their agreement restricted them to trading securities only among themselves and did not allow participation in any other auctions. Their agreement was called the Buttonwood Agreement, named after their traditional meeting place, a buttonwood tree at the end of Wall Street.

Initially, the New York Stock Exchange simply rented a room on Wall Street. But by 1903, the exchange completed its current building at a cost of $4 million. It boasts 72-foot high ceilings and the current beautiful marble facade.

In 1889 the Customer’s Afternoon Letter changed its name to The Wall Street Journal after the street of the exchange.

Although all trading could be done remotely by computer, members of the New York Stock Exchange still perform significant work on the floor of the exchange.

One of the best known symbols of the exchange is Arturo Di Modica’s “Charging Bull” sculpture. Arturo Di Modica designed and created the sculpture after the 1987 stock market crash at his own expense. He dropped the seven thousand pound statue in front of the New York Stock Exchange in December of 1989.

The police impounded the illegal sculpture, but the public loved it. It was reinstalled in Bowling Green where it is the most photographed piece of art in the city. Di Modica, however, still owns the copyright to the statue. In 2006, he sued Wal-Mart and other companies for selling replicas of his statue.

As the owner of the statue, Di Modica wants to protect that value of what he owns. Investors are no different.

Wall Street has been around for over two hundred years, but only recently has Main Street been so fully invested. With today’s exchange traded funds, a few hundred dollars can buy fractional shares in most of the publicly traded companies in America

And when people have significant assets invested in the success of corporate America it changes their political views. Fewer are the angry mobs with torches and pitchforks clamoring for regulation and wanting to destroy immoral profits.

With such a large percentage of Main Street rooting for Wall Street, its future should be as bright as its history.

Photo by Chris Li on Unsplash