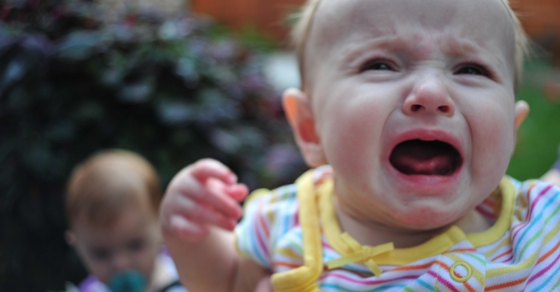 The country just finished the midterm elections. Open enrollment for the Affordable Care Act (ACA) begins on November 15. The powers that be pushed it back this year so it would happen after the elections, hoping health care notifications wouldn’t affect the election results. However, rate increases were being sent out just before Election Day.

Last year plans were being cancelled, showing that Obama’s promise that people could keep their health care plan if they liked it was a bald-faced lie. This year rate hikes are in the double digits. They prove that the promise of making health care affordable was also a fraudulent political con to deceive voters.

For this coming year, David’s plan rose from $421 before the ACA requirements to $638 afterward. Nothing about the new plan is superior. The 51.5% hike in premiums for 2015 is directly tied to the effects of the legislation. Economists anticipated this outcome. But Democrats contemptuously mocked their forecasts.

The ACA requires that premiums for people over 64 be no more than three times higher than the rate for those age 21. As a result, rates are more than double free market prices for young people. Democrats were counting on young people being eligible for subsidies.

However, an individual can only qualify for a subsidy after spending at least 9.5% of your income on your health care premiums. With a starting salary of $40,000, a recent graduate could only receive a subsidy after paying $316.67 per month ($3,800.04 per year) on healthcare premiums.

Furthermore, there is a cliff at 400% of the poverty line (an annual salary of $45,960 for a household of one). One dollar more causes you to lose all subsidies you may have had. Decent jobs or health insurance costing 9.49% of their income cause recent graduates to suffer under the full rate increases.

Luckily, David’s plan is grandfathered so he doesn’t need to switch. However, Megan, who has made several changes to her plan because of graduation, getting married and starting a new job, is not so fortunate.

To purchase a comparable plan for the coming year, Megan must pay 22.2% more. This hike is in addition to the already overinflated premiums for young people. She is faced with a decision: buy the same level of coverage at an inflated cost or take a cheaper riskier plan with a higher deductible. If she chooses the higher coverage, either her rate of retirement savings or her lifestyle may be compromised. However, selecting the higher deductible is hardly the behavior politicians wanted to encourage.

The ACA’s requirement that insurance can’t discriminate based on preexisting conditions makes it easier for people to wait until they have a serious condition to get health insurance or switch to a better provider. Open enrollment may slow people down, but it doesn’t stop people’s ability to game the system. Insurance companies had to raise rates to cover this moral hazard.

The ACA requires insurance companies to cover a host of expensive preventive and screening services at 100% with no cost to patients. These so-called free services are being used at an unprecedented rate. The cost of the higher demand for these services is now factored into higher premiums.

All of these consequences were predicted while Congress was considering the legislation. But the Democrats had a super majority in both the House and the Senate and dismissed and belittled all economic criticisms as unfeeling. President Obama promised, “This law will cut costs and make coverage more affordable for families and small businesses.”

Over the past year their economic arguments have been proven fallacious. They have tried to rewind and re-spin their positions. Last Tuesday showed that many voters are now less gullible.

In 2007 during Obama’s presidential campaign, polls found that 64% of the electorate believed it is the federal government’s responsibility to make sure all Americans have health insurance. Now, in 2014, the percentage has declined to 47%.

The decline is not surprising. In 2009 the Congressional Budget Office concluded that the average premium per person “for new nongroup policies would be about 10 percent to 13 percent higher in 2016 than the average premium for nongroup coverage” if the ACA were not put in place.

This was terrible news for the Democrats because they were claiming that passing the ACA would make health care more affordable, not more expensive. Conservatives thought they were vastly underestimating the costs, and they were correct.

The Democratic justification for the increase? In the words of CNN, “That’s because these people [who have seen increases] live in states where insurers were allowed to sell bare-bones plans and exclude the sick, which has kept costs down.”

In terms of a grocery store, that’s like saying that their meat purchases were affordable before because they were allowed to sell customers canned tuna and chicken.

The rate increases leave us poorer for our lack of options. David’s extra $217 a month invested for the next decade becomes more than $40,000 of savings. If you don’t already have a preexisting condition, such an added expense makes people begin to wonder if they aren’t better off self-insuring.

As an example, David’s $638 monthly premium, if saved and invested, could produce over a quarter of a million dollars in just 10 years. That is quite a savings over the new so-called affordable government-compliant plans. And if David were to need medical coverage, he need only be able to pay out of pocket until the next ACA open enrollment period. At that point, he can sign up for a government-compliant plan because it can’t discriminate based on preexisting conditions. He would be covered for the rest of his illness.