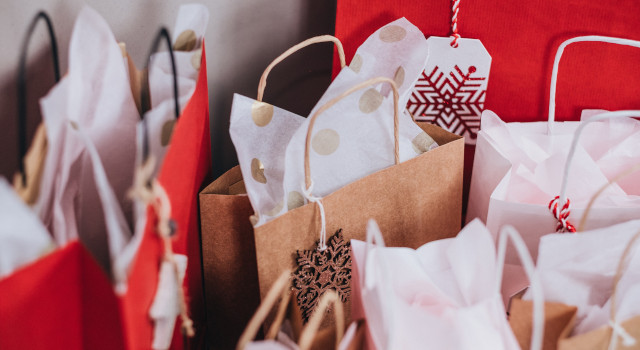 The retail industry has tagged today “Cyber Monday.” Like the term “Black Friday,” which describes the Friday after Thanksgiving, Cyber Monday refers to the Monday three days later. Just as Black Friday is considered the biggest traditional shopping day, Cyber Monday is supposed to see a significant spike in online sales.

The description “Black Friday” has been around a long time and was named to mark the day that retailers become profitable, moving on their balance sheets from the red into the black.

The National Retail Federation’s Shop.org division made up the idea of Cyber Monday to generate media coverage for their online retailers. The scheme worked. The mainstream media picked up the story and reported Cyber Monday as if the name had been around for years. Retailers are often trying to create the next big thing by generating media hype and exaggerating existing trends.

Not that the trend wasn’t there. The first year it was claimed that traffic was up 35% on retail websites. Since then, sales on Cyber Monday appear to be diminishing. According to comScore, a marketing research company, in 2006 online spending jumped 25%. But in 2007 it was up 21%, 2008 up 15% and last year only up 5%.

Mondays historically have been the best shopping day of the week for Internet retailers. Originally many Americans only had access to a high-speed Internet connection at work, so the Monday shopping frenzy was a wave of pent-up demand from the weekend. Now that we can shop on our smartphones waiting for our friends Thursday evening at the coffee shop, Mondays have lost their importance.

On the calendar, Cyber Monday isn’t even in the top-ten online shopping days. Those occur between December 5 and 15. This year December 13 marks the start of the last week when procrastinators can still make their purchases and leave enough time for online retailers to ship the items. Shoppers keep pushing the day back as they have grown more confident their packages will arrive before Christmas. So, at least for a few more days, you can hit the snooze button on your Christmas shopping.

Cyber Monday was a brilliant idea to promote online shopping and jump-start the online shopping season by a few weeks from its actual peak. Having found that a longer holiday season translates into bigger profits, retailers like to extend every holiday season. The holiday season is now a four-month blast of marketing genius. Thanksgivoween and Hanukwansmas extend clear through the entire month of Septoctnocember.

Online sales and services will continue to compete with brick-and-mortar companies. The best firms offer both, leveraging what they have physically and multiplying it manifold through their online presence. Some sales and services can’t be accomplished effectively online, but many can. A business in Charlottesville, Virginia, has lower overhead and expenses than its online competition in California or New York. And sometimes a small city like Charlottesville can only support certain businesses if they can sell to the world.

Toys and video games show the most increase in online sales during the holiday season, followed by consumer electronics, computer hardware and software, jewelry, gourmet food, furniture and home decor.

According to Experian Hitwise, an online competitive intelligence service, the top-ten retail websites are Amazon.com, Wal-Mart, Target, JC Penney, QVC.com, Sears, Macy’s, BestBuy, Overstock.com and Toys ‘R’ Us. Amazon’s share was by far the largest with 14% of the sales traffic.

You might think these Internet retailers would be great investment opportunities, and you would be right. Collectively they have been averaging 4.90% over the S&P 500 for the year ending October 31, 2010. Half have underperformed the market with the other half overperforming. But two of them have wildly overperformed, pulling the average up. Amazon.com appreciated 39.1% and Macy’s appreciated 36.1% since last year. The worst performers were Overstock.com, down 13.8% and JC Penney down 12.7%.

Take advantage of their low prices, and moderate your spending this holiday season. Stay on track with your savings. Don’t let the hype of the retail holiday season jeopardize the progress you’ve made toward reaching your financial goals.

Photo by freestocks.org from Pexels