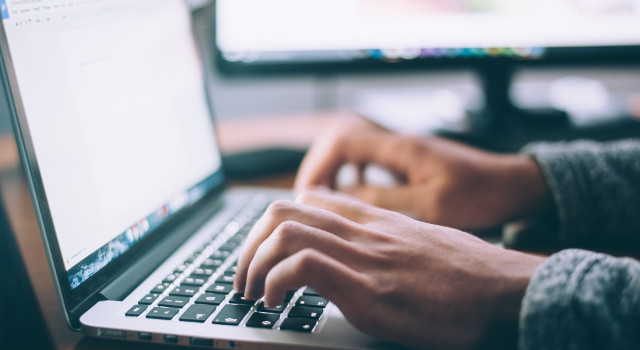 The term ‘Black Friday’ has been around a long time and was named to mark the day that retailers become profitable, moving from the red to the black.

The term Cyber Monday was made up only last year by the National Retail Federation’s Shop.org division in order to generate media coverage for their online retailers. The idea worked. The mainstream media picked up the story and reported Cyber Monday as if the term had been around for years. Retailers are often trying to create the next big thing by generating media hype and by exaggerating existing trends.

Not that the trend isn’t there. Last year, the first Cyber Monday showed a 35 percent spike in traffic according to Akamai, a site that tracks over 200 retail Web sites. Visitors averaged 1.6 million per minute and peaked in the mid-afternoon Eastern Time with over 3 million people clicking away.

Cyber Monday was a brilliant idea to promote online shopping and jumpstart the online shopping season by a couple weeks from its actual peak. Having found that a longer holiday season translates into bigger profits, retailers like to extend every holiday season. The holiday season is now a four-month blast of marketing genius. Thanksgivoween and Hanukwansmas extend clear through the entire month of Septoctnocember.

This year, the busiest day will likely be two weeks from today, landing on Monday, December 11th. December 11th marks the start of the last week that procrastinators can still give online retailers enough time to ship the items. Shoppers keep pushing the day back as they have grown more confident that their shipment will arrive before Christmas. So, at least for a few more days, you can hit the snooze button on your Christmas shopping.

Although most of us joke about the Monday blues, Mondays have historically proven to be the best shopping day of the week for Internet retailers. Peak Internet sales usually spike on Mondays as many Americans only have a high speed Internet connection at work. The Monday shopping frenzy is thought to be a wave of pent-up demand from the weekend.

Total holiday retail sales are expected to be $457.4 billion, up 5% from last year. Last year sales grew 6.1 percent to $435.6 billion. Online shopping has been increasing its shares of that expanding pie each year.

Toys and video games show the most increase in online purchases during the holiday season, followed by consumer electronics, computer hardware and software, jewelry, gourmet food, furniture and home décor.

You might think these Internet retailers would have provided a good order for which stocks would make the best investments. But the exact opposite is the case. Between the end of October of last year and the end of October this year, the price of eBay dropped 18.9%. Amazon was the second worst, down 5.8%. Continuing the order of these companies Wal-Mart was up 5.6%, Target up 7.1%, Best Buy up 25.7%, and Circuit City up 52.3%.

Photo by Glenn Carstens-Peters on Unsplash