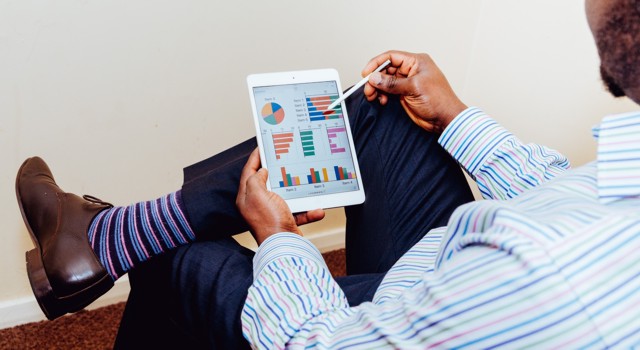 The purpose of Schwab’s monthly statements is to show a real time accounting of your portfolio’s value.

The purpose of Marotta’s quarterly reports is to show a polished accounting of your portfolio performance.

These different purposes result in a slightly different accounting methodology which make the reports hard to compare to one another.

Once you have done this, there are many fields that are reporting on the same information and thus you can compare.

The “Ending Value with Accrued Income” on Schwab’s report will not match. Accrued Income includes the prorata portion on earned income of individual bonds which only pay their interest every six months as well as declared but not yet paid dividends. Since this money has not yet been received, it is not included in the Marotta accounting.

Although you would think the value of the portfolio should always match between the two reports, this is not always the case. Sometimes they are a penny off from one another as Schwab, for some reason, sometimes rounds up or down differently.

Furthermore, quite often dividends are received early in January which for tax purposes need to be back dated to the previous year. Schwab closes their accounting at the end of the month and will not include these late dividends. Instead, they show these dividends on the next month’s statement with a transaction date for the prior year. Marotta’s accounting system puts these late dividends in the prior year as they should be for accounting purposes. This makes the December ending value higher than the Schwab statement.

Thus, the sum of the “Contributions” and “Withdrawals” on Marotta’s quarterly report should match the sum of “Deposits & Withdrawals” and “Transfers” on all three months on Schwab’s monthly statements. Differences in transfer valuation can sometimes cause small discrepancies.

Schwab values shares based on the actual but random valuation around the time the security is transferred out of the account. Marotta’s accounting software uses the end of day price. Oddly enough, neither of these valuations are the correct valuation for charitable giving which is, by IRS statute, supposed to be the average of the high and the low on the day of transfer. This is the valuation which we send to our clients when they engage in charitable giving.

While all of these valuations are “correct,” they will rarely match in accounting to the penny.

Next, “Income and Expenses” on Marotta’s quarterly report should match the sum of the “Dividends & Interest” and “Fees & Charges” on all three months on Schwab’s monthly statements.

There are many reasons why these numbers could also be slightly different. Schwab reports information once during the month the transaction occurred. Marotta’s reporting includes transactions which edit the nature of prior transactions, sometimes changing dividends to a return of capital for prior year transactions.

The total “Investment Gain” on Marotta’s quarterly report should match the sum of “Dividends & Interest,” “Fees & Charges,” “Income Reinvested,” and “Change in Value of Investments” from all three of Schwab’s Monthly Statements. Any differences in the aforementioned contributions and withdrawals accounting will manifest themselves here again.

For those of us who have taken the time to analyze such discrepancies, small differences do not surprise us. There are many reasons why values on your Marotta Quarterly Report may differ from your monthly Schwab statement.

The Securities and Exchange Commission asks that advisors urge clients to compare information provided in the advisor’s statements with those from the qualified custodian. Having said that, it is difficult to reconcile the two statements to the penny. Statements may vary from the custodial statement based on accounting procedures, reporting dates, or valuation methodologies of certain securities.

Having a separate custodian allows you to ensure that your investments are safe. It is one of our cardinal rules to safeguarding your money.

In general, the statements should match, but matched accounting down the penny cannot easily be achieved.

Photo by Olu Eletu on Unsplash