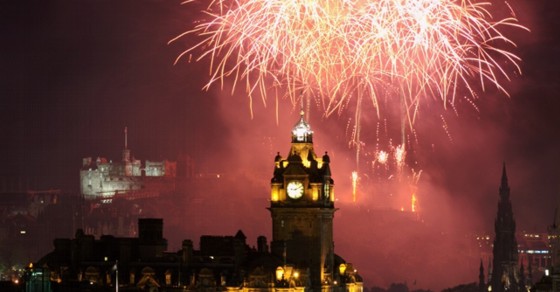 There is no method for a member state such as the UK to affect European Union regulations through the democratic process since nether the Prime Minister as head of state nor Parliament or the House of Commons as legislative assemblies have any authority over the European Union’s regulatory bodies. Nameless bureaucrats in Brussels are chosen by The European Commission, the European Union’s executive branch, whose members are selected every five years. Britain’s elected officials have some very small influence over the selection of the European Commission, but once they are selected, there is no way to hold anyone accountable.

Regulations are used by one country to protect their own industries at the expense of innovation and free markets. And a lack of fiscal restraint by some members causes financial hardship in others. The UK pays about $19 billion per year for this privilege and may suffer as much as $880 million a week in added regulatory costs.

The issues are similar to the political debates happening in the United States. Those farthest from Washington D.C. resent regulators whose rule seems heavy handed and out of touch. Legislators in Congress write vague laws giving bureaucrats delegated legislative powers to write the details of regulations which will inherit the force of law. As a result, the general population is much more likely to find themselves in a federal agency court than a judicial court. This rule by bureaucrats is sometimes called “post-democratic” because there is no way for the democratic process to bring about reforms.

While David Cameron resigned as Prime Minister, his libertarian-leaning fellow conservative Boris Johnson hailed the decision as a “glorious opportunity.” Global markets dropped precipitously the day after the UK’s vote to leave the European Union but there is no guarantee that the UK’s decision will prove disastrous for the country. The markets often drop when the future is unknown.

The UK’s stock returns were sharply down by the end of the day: iShares MSCI United Kingdom (EWU) had a -11.96% loss. While that seems like a lot for a single day, some countries in the European Union running high debts and deficits went down even more (as might be expected). Five of these countries are often grouped together with the acronym PIIGS (Portugal, Ireland, Italy, Greece and Spain). Stock prices for these countries the day after the vote showed their insecurity at no longer having the UK on the hook to bail them out:

Countries which are part of Europe but are higher in economic freedom mostly fared better:

The countries which are ranked among the highest in economic freedom fared the best:

It may not seem like much just to go down less than another stock, but there is a significant difference between the returns for these three sets of countries – Greece (GREK) fell -13.21% further than Australia (QAUS). The UK leaving the EU hurt Greece, Italy, and Spain more than it hurt itself.

Morgan House’s article, “Brexit: What We Are (And Aren’t) Doing ,” had good advice for both investment managers and nervous investors. He wrote:

An investor friend of mine, Tren Griffin, jokes whenever market-moving news occurs that he “cannot wait to get to my computer in the morning and proceed to do absolutely nothing.”

The most important thing you can do right now is heed his advice. We’re not selling. We’re not making changes to our portfolios. We’re genuinely shaking our heads in surprise, but we’re not worried. If anything, huge declines become opportunities.

My litmus test for whether the world economy will create value over time is asking the question, “Did more people wake up this morning seeking to solve problems and make life better for others than do the opposite?” And the answer is still firmly “yes.”

Whether it was after 9/11, or the 2008 financial crisis, or Greece’s default, financial markets habitually have sharp, knee-jerk reactions to big news stories with lots of uncertainty. The attitude among investors becomes “sell now, ask questions later,” as so many hedge funds and professional traders cannot afford the risk of not knowing what might happen to their investments over the next, say, 30 days.

We’re not in that camp.

He went on to include an excellent reminder of the value of long-term investing:

Let me remind you of this chart. It’s the U.S. stock market over the last 140 years, adjusted for inflation:

Do you know what happened during this period?

We’ve written extensively on the science of the rebalancing bonus. Whenever you are worried about the markets, the correct thing to do is to rebalance your portfolio back to your target asset allocation. Rebalancing is always a contrarian move which involves selling what has done well recently and purchasing what has not done as well. In other words, rebalancing is buying low and selling high. This is the right choice, but can often be emotionally difficult.

The future may be uncertain, but the markets are quite reliable in the long run.