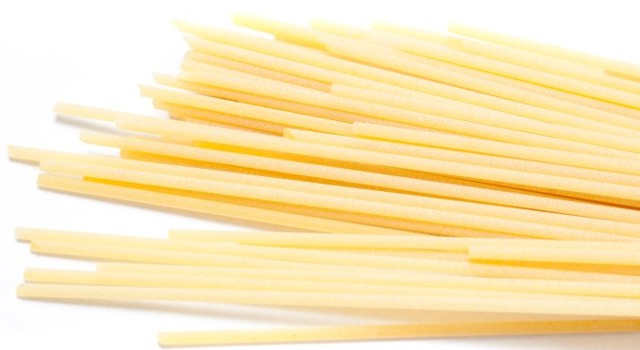 For the past seven years US markets have experienced the ripple effects of the tech sector’s correction in 2000. The latest waves have been in the slow decline of the housing market and, now, in the weakening of the commercial real estate market. While economists can’t always explain the timing of these ripple effects, the corrections in the market are much like the physics of spaghetti.

Hold a piece of dry spaghetti by the ends. Now, bend it slowly until it breaks. What you’ll notice is it almost never breaks neatly in half. Instead, it shatters into three or four fragments. Only recently have physicists studied why this occurs. When a bent strand of spaghetti is broken, a series of waves travels down the length of the pasta fragmenting additional pieces. When the bent rod of pasta is suddenly set free by an initial break, it releases energy waves which cause breaks in other areas.

The physics is fascinating, but it also helps us understand the trickle down effects of the tech bubble bursting. The stress released by the technology correction has resulted in delayed releases in other parts of the economy. In the markets, this ripple effect happens over years – even decades – rather than milliseconds, but the concepts involved are similar.

Although the tech bubble was isolated to a small portion of the overall market, this relatively small break created ripple effects which explain some of today’s market conditions. The initial break in the tech sector contributed to the correction we are experiencing in the housing and commercial real estate today.

The bubble was limited to large cap growth technology stocks. In 2000, investors with a large concentration of tech stocks watched as their portfolios were eventually reduced to pennies on the dollar in 2000. Large cap growth stocks lost 33.5% of their value. But that same year, small cap value stocks actually appreciated 18.7%. Growth stocks were down, but core and value stocks were still up.

By 2002, investor sentiment finally pulled down large and small cap stocks – both growth and value. This drop, however, was not evenly shared by all stocks. Large cap growth stocks lost a whopping 33.2% while small cap value was down only 8.2%.

As a result of the recession, the Federal Reserve lowered interest rates to help stimulate the economy. This caused financial services to do well because lower interest rates created an unprecedented increase in lending activity – everything from refinancing for mortgage equity withdrawals to commercial real estate loans.

Lower interest rates increased available credit and the speed at which money was moving through our economy, in essence, expanding our money supply. The increases in the money supply devalued the dollar. As the dollar dropped in value, foreign investments (stocks and bonds) began to yield higher returns. Likewise, companies that owned oil, natural gas, copper, gold, or silver found that as the dollar decreased in value, they could get more dollars for the hard assets they were producing.

The ripple effects continued to work their way through the economy. Lower interest rates for mortgages also drove housing prices up. As interest rates hit historic lows, home buyers could afford houses previously above their price range that their income could not support at the higher rates. For example, in March of 2000, a family with a 30-year fixed rate mortgage at 8.4% could afford to borrow $131,000 with a $1,000 monthly payment. By the time that the interest rates had dropped to 5.4% in June of 2003, that $1,000 monthly payment would service a $178,000 mortgage.

Housing prices soon skyrocketed in absolute dollars, but they were not rising as much in terms of monthly payments. Lower mortgage rates, along with a devaluation of the dollar and resulting higher prices for all hard assets, explain the rise in housing prices over the past seven years.

The rising real estate market boosted consumer spending in three ways. First, homeowners – due to rising home values – enjoyed a higher net worth and therefore spent more money. Second, low rates encouraged a high turnover of houses resulting in high levels of consumer spending as homes and rentals were being refurnished and remodeled. And finally, homeowners refinanced their homes, or set up lines of credit, turning their houses into virtual ATM machines.

As a result of Americans using their homes to finance bigger spending habits, their home equity began to dwindle. Many mortgages grew to exceed 80% of the home’s value. Then, the Federal Reserve started to raise rates.

Studies suggest that for every 1% drop in housing prices, gross domestic product (GDP) could drop by 0.2%. Looking forward, if falling home prices continue with a slowing economy, it could result in a recession. Dropping prices in housing would have a direct relation to company earnings and thus stock prices. If the real estate market does decline, the effect will be another shock of breaking spaghetti in the economy.

As with the physics of spaghetti, one break in the economy usually leads to multiple breaks elsewhere. And while short-term trends are difficult to accurately predict, there are long-term trends that you can still profit from with foresight and a sound investment approach. Diversifying your portfolio across non-correlated asset classes is the best way to earn steady long-term returns while managing risk.