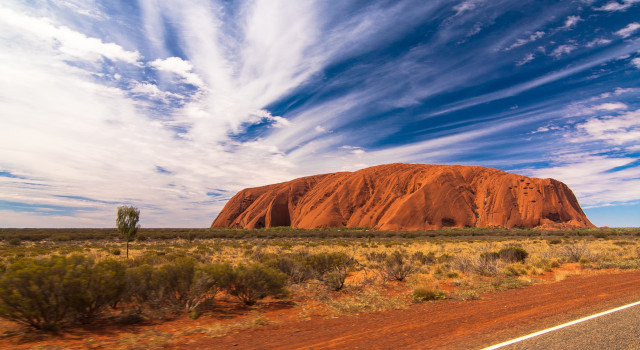 On January 26, Australians celebrate their annual Australia Day to commemorate the founding of the Colony of New South Wales in 1788 and their proud national history. This year investors down under have even more reason to celebrate.

The 2007 Index of Economic Freedom , published this week by The Heritage Foundation/The Wall Street Journal, rates Australia as the third most-free nation in the world. Of the 157 countries ranked by the Index, only Hong Kong and Singapore – ranked first and second respectively – outperformed Australia. But Australia’s status as one of the most economically free nations is nothing new. The 2006 Index reported that Australia “enjoyed almost 14 years of uninterrupted economic growth – the longest sustained expansion in its history.”

Structural economic reforms enacted over the last twenty years have emphasized deregulation, eliminated tariffs, and privatized state-owned businesses. The end result has been increased productivity and a decades-low unemployment rate. More recently, Australia’s government has taken further action to deregulate its media industry. This has opened the way for additional private investment to flow into its domestic economy. According to data compiled by Bloomberg, buyout offers in 2006 for Australian companies increased to $27.3 billion from just $1.4 billion in 2005.

In addition to reaping the economic benefits of decades of increased freedom, Australia has seen China become its second largest trading partner behind Japan. Australia’s diverse and abundant natural resources provide China with the critical inputs it needs to sustain its own record GDP growth of 10% per year. Approximately 60% of Australia’s exports to China consist of US$10 billion worth of energy resources and raw commodities such as wool, iron ore, alumina, coal, beef, copper, and nickel.

In 2004, Australia signed its largest export contract ever by agreeing to supply China with a 25-year supply of liquefied natural gas (LNG) worth over US$20 billion. And just this past year, the two trading partners ratified a historic (and somewhat controversial) deal for Australia to supply China with uranium over the coming decades to fuel its insatiable demand for cleaner sources of energy. Australia owns 40% of the world’s recoverable uranium, which should continue to be a resource highly valued by an international trading community seeking alternative sources of energy.

But Australia is more than just a natural resource superstore for Asia. The services sector accounts for roughly 70% of its GDP, followed by manufacturing with 11%, and mining with 5%. Australia also serves as a leading financial center with one of the largest stock exchanges in the Asia-Pacific region.

Because of its economic freedom, Australia is one of the ten countries we emphasize as a foreign investment for clients. At the end of 2006, the MSCI Australia Index’s five-year annualized return was 24.10% compared to 14.98% annualized for the broad-based MSCI EAFE (Europe, Australia, and Far East) Index and 6.19% annualized for the S&P 500 Index over the same period. While investing in the countries with the most economic freedom is only one part of a balanced asset allocation, having a component in your portfolio, such as the MSCI Australia Index, that is less correlated to U.S. markets can help boost investment returns.

Investors who have held shares of companies denominated in Australian dollars have also been protected from the U.S. dollar decline as profits earned in Australia are translated back into additional dollar gains. Since 2001, the U.S. dollar has lost nearly 30% of its value against a basket of currencies of our major trading partners. The Australian dollar, as the currency of a commodity-rich and economically free country, has been a primary beneficiary of this trend.

Another significant economic factor that Australians have been celebrating was the end to double taxation of corporate dividends in the 1980’s. Consequently, Australian companies, on average, have a dividend yield more than double the dividend yield of the S&P 500. Thanks to the aforementioned tax reform, the MSCI Australia Index is comprised of companies that, collectively, pay out over 60% of earnings as dividends, which has led to increased returns for investors.

Australia’s sustained economic growth and burgeoning trade with other nations has not left it without some internal problems to address. Housing prices have inflated, there is a shortage of skilled labor, basic infrastructure is strained, and record droughts have created dangerous water shortages.

Prime Minister John Howard, of the more conservative Liberal Party, is facing increasing opposition from proponents of global warming, the labor unions, and the Labor Party. Political issues involving Howard’s support of the uranium mining industry and his controversial proposal to increase domestic nuclear energy sources have recently come to the fore. How Australia’s voters and politicians respond to these domestic challenges in the 2007 federal election year will be factors of economic significance.

Fortunately for Australia, its culture of freedom and its position as one of the world’s major suppliers of natural resources to the Asian industrial boom should continue to provide a foundation for sustained economic growth. Diversifying your investments outside of the United States by owning foreign stocks and bonds is an important part of an asset allocation strategy designed to help you meet your financial objectives. Investing in economically free foreign countries such as Australia is an additional way to limit risk and boost returns.

Photo by Holger Link on Unsplash. This post was co-authored by Justin Harris.