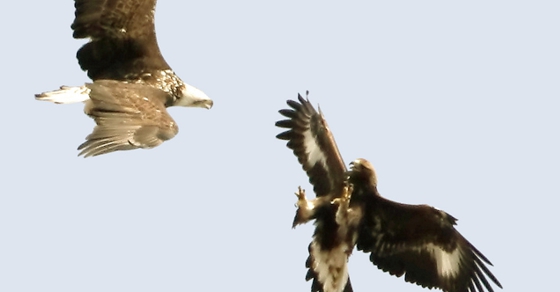 US Stocks and Foreign stocks are two of our broad asset classes. Asset classes are best defined by looking at the correlation of their returns. Less correlated asset classes represent a greater opportunity for reducing volatility and boosting returns.

Most stock index returns have a relatively high positive correlation to each other, often between 0.85 and 1.00. Asset categories whose correlation drops below 0.85 can provide a significant benefit to portfolio construction. And even indexes which are above 0.85 can still provide some benefit to the extent that they are less than 1.00.

Correlation varies depending on the time period being measured. Global markets often move in sync, which makes the selection of what constitutes an asset class somewhat of an art. And correlations often approach 1.00 during periods of market turmoil. Whatever categories are not used at the level of defining an asset class can be used to define a sub-category and receive the same benefit. We use asset classes as the top level allocation which we set in our Investment Policy Statement.

iShares offers a correlation calculator which shows the correlation between each of their exchange traded funds. It also charts the historical correlation to show how it changes. We look for indexes which historically drop below 0.85 to define an asset class. 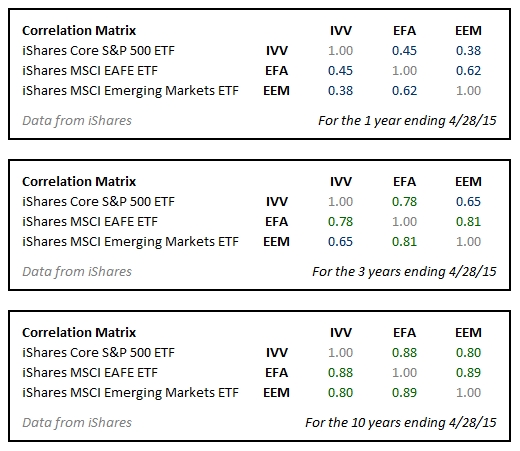 Breaking those general rules, there have been times, especially over the past decade, when US stocks and the rest of the developed countries have moved in sync with one another. Prior to a decade ago, US and foreign stocks had a lower correlation. Here you can see the historical correlation between IVV and EFA over the past decade:

The correlation between US and emerging markets stocks has been even lower:

Finally the historical correlation between foreign developed countries and foreign emerging markets has had a higher correlation historically:

So what is the correlation between US and foreign stocks? Over the past ten years, the average has been between 0.80 and 0.90. But in the past year, it has dropped to under 0.75, similar to levels early in the past decade.