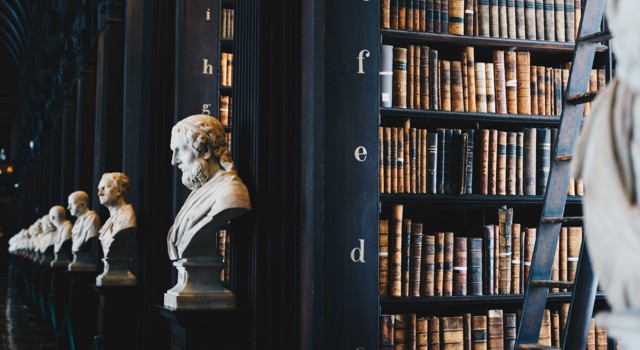 Over the course of time, political parties change. Last week’s Democratic convention may have been held in John F Kennedy’s Boston, but it had little in common with the economic agenda JFK espoused during his presidency. Historically, it used to be the liberal party that favored tax cuts. Not any more.

Originally the definition of a liberal was someone who would leave the people free to do as they saw fit with as little government intervention and coercion as possible. The classic liberal valued liberty.

My father started his civil service as a Democrat. Under the Kennedy administration he helped establish the Peace Corp. Gradually he found he couldn’t support the party platform. He explains, “I never changed, the party left me.” This isn’t my father’s Democratic party anymore.

Quoting from one of the most charismatic visionaries of our times, let’s review the Democratic platform of the 1960s on the issue of taxes. JFK said, “It is a paradoxical truth, that tax rates are too high today, and tax revenues are too low, and the soundest way to raise the revenues in the long run is to cut the tax rates”.

JFK also said, “An economy hampered by restrictive tax rates will never produce enough revenues to balance our budget – just as it will never produce enough jobs or profits.” JFK advised that the best means to grow the economy “is to reduce the burden on private income and the deterrents to private initiative which are imposed by our present tax system and this administration [has] pledged itself . . . to an across-the-board, top to bottom cut in personal and corporate income taxes.”

Democrats should favor tax cuts. Again, to quote from John F. Kennedy’s speech to the Economic Club of New York on Dec. 14, 1962:

“If government is to retain the confidence of the people, it must not spend more than can be justified on grounds of national need or spent with maximum efficiency.”

“The final and best means of strengthening demand among consumers and business is to reduce the burden on private income and the deterrence to private initiative which are imposed by our present tax system: And this administration pledged itself last summer to an across-the-board, top-to-bottom cut in personal and corporate income taxes to be enacted and become effective in 1963.”

“I”m not talking about a quickie or a temporary tax cut, which would be more appropriate if a recession were imminent; nor am I talking about giving the economy a mere shot in the arm to ease some temporary complaint. I am talking about the accumulated evidence of the last five years that our present tax system, developed as it was in good part during World War II to restrain growth, exerts too heavy a drag on growth in peace time; that it siphons out of the private economy too large a share of personal and business purchasing power; that it reduces the financial incentives for personal effort, investment and risk-taking.”

“In short to increase demand and lift the economy, the federal government’s most useful role is not to rush into a program of excessive increases in public expenditures, but to expand the incentives and opportunities for private expenditures.”

As Kennedy predicted, “A rising tide lifts all boats.”

When the Democrats abandon classic liberal values (leaving the people free to do as they see fit with as little government intervention and coercion as possible) they lose elections.

As I explained last week, above a certain point, tax cuts actually increase tax revenues by increasing the economy. Conversely, raising taxes can decrease tax revenues. The effect of taxes on the economy is like sand in your car oil. It is tough to create jobs and profits when the gears are grinding.

Mark Warner was elected Governor of Virginia because of his campaign promise in 2001 that he would not raise taxes. He ran as a fiscal conservative. He stated that he was “Someone who understands that government has to live within its means. Someone who will not raise your taxes.” His campaign was heralded as a model for Democrats to use to be elected to statewide office. He lied. Virginia’s tax rates were increased and Virginia’s income and economic health will suffer accordingly.

During the Convention last week Warner’s tax increase was showcased as a model for how Democrats should govern. This does not bode well for the Democratic Party.

More recently, Democratic former Governor Douglas Wilder said of Warner, “Had I had any idea that he would be embarking on raising taxes for Virginians, I would not have been there for him.”

All political parties should favor tax cuts. After the Republican Convention I will criticize the other party for their own economic foolishness and inconsistency. For now, I would like to remind democratic partisans that tax cuts for the rich were once considered a hallmark of classical liberalism.

Photo by Giammarco Boscaro on Unsplash