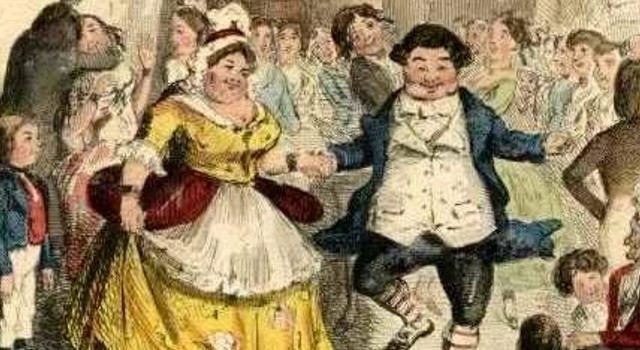 One of my favorite Christmas movies is the version of Dickens’s “A Christmas Carol” starring George C. Scott as Ebenezer Scrooge. I must confess that I understand Scrooge’s character.

Scrooge — a denizen of early Victorian London — is a solitary and miserly businessman. He spends his days tracking in giant ledgers all the money he doesn’t spend. He spends his nights alone in a huge drafty house he’s too cheap to heat adequately. He isn’t in debt, lives well within his means and makes shrewd investments. In fact, Scrooge is such a consistent and understandable character, sometimes it almost seems tragic that he has a change of heart at the end of the story.

Of all the colorful characters in “A Christmas Carol,” I like Fezziwig the best. In Scrooge’s youth, Fezziwig and his wife opened their doors wide to friends and family, spending three or four pounds to provide a fiddler, some foolishness and an unforgettable feast.

Financial advisor Bert Whitehead would describe Fezziwig as a “nester.” In his description of financial personalities in his book “Why Smart People Do Stupid Things with Money,” Whitehead describes nesters as family-oriented people whose homes are their greatest investment. And to Fezziwig, his employees are like family.

Fezziwig has achieved that wonderful balance between work and play, responsibility and frivolity. On Christmas Eve he and his staff work until seven the evening of the party, but once the guests arrive, the fun begins in earnest.

Like Scrooge, nesters like Fezziwig lean more toward saving than spending. Scrooge likely learned his propensity to save while working under Fezziwig. Because of this shared frugality, Fezziwig’s willingness to spend a few pounds on holiday cheer moves Ebenezer’s stony heart.

The greatest joys of the holiday season cannot be bought in a store and do not increase our credit card debt. Many parents spend more than they can afford out of a sense of guilt. But the satisfaction of putting a big-ticket item under the tree, unfortunately, is both short lived and shortsighted. There is a better way to celebrate that builds long-lasting family ties.

Holiday joy comes from taking time to celebrate values that don’t show up in your net worth statement, and Fezziwig certainly sets a great example. He hires a fiddler for the occasion. He opens his home to the six young admirers of his three lovely daughters. He invites all the young men and women who work for him. He extends his largesse to the cook, the milkman and even an apprenticed boy whose master doesn’t feed him well enough.

They dance. And the Fezziwigs know how to dance: “advance and retire, both hands to your partner, bow and curtsey, corkscrew, thread-the-needle, and back again to your place . . . Fezziwig cut — cut so deftly, that he appeared to wink with his legs, and came upon his feet again without a stagger” and “Mrs. Fezziwig was worthy to be his partner in every sense of the term.”

Scrooge’s heart and soul are in the scene as he remembers and enjoys and joins his younger self in praising everything about the evening.

“A small matter,” mocks the Ghost of Christmas Past, “to make these silly folks so full of gratitude. He has spent but a few pounds of your mortal money: three or four perhaps. Is that so much that he deserves this praise?”

Scrooge, defending the spirit of Fezziwig’s Christmas party, replies, “Fezziwig had the power to render us happy or unhappy; to make our service light or burdensome; a pleasure or a toil. Say that his power lay in words and looks; in things so slight and insignificant that it is impossible to add and count them up: what then? The happiness he gave was quite as great as if it cost a fortune.”

There is great financial wisdom to be learned from these two characters. Scrooge’s riches did not make him happy. Fezziwig’s celebration did not impoverish him.

Start by talking to your family about their fondest holiday memories. Make a list of all you have done right in past years so you can establish some annual family traditions. Add a few new ideas each year. The best holiday traditions don’t cost a lot of money and aren’t wrapped and put under the Christmas tree.

Some traditions are as simple as playing radio stations with Christmas music, reading favorite Christmas stories, or watching a Christmas movie. Your list won’t be complete without a description of everyoneâ€™s favorite holiday food. One tradition might involve holiday church services that reflect your family’s spiritual values. Another might be as simple as a family game night. One family plants an evergreen sapling on their property every Arbor Day to have a supply of their own Christmas trees every December. Another family uses the childrenâ€™s school photos to make new ornaments for the tree.

When complete, your list should include a hundred ways to enjoy the holidays without going into debt. Like Fezziwig, the happiness these traditions bring you will be quite as great as if it cost a fortune.

Take Fezziwig’s advice to heart: “When happiness shows up, always give it a comfortable seat.” Merry Christmas to you and your family! And as Tiny Tim would say, “God Bless Us, Every One!”