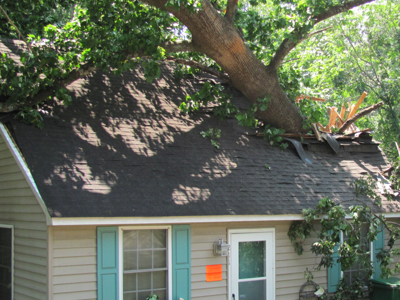 Iowa’s Rep. Steve King got into trouble before the election when he suggested the government is too quick to spend money after a disaster.

In his debate against Democrat Christie Vilsack, he said, “I want to get them the resources that are necessary to lift them out of this water and the sand and the ashes and the death that’s over there in the East Coast and especially in the Northeast.” But he went on to say, in a reference to Hurricane Katina, “But not one big shot to just open up the checkbook because they spent it on Gucci bags and massage parlors and everything you can think of in addition to what was necessary.”

King was one of only 11 members of Congress who voted against a $51.8 billion relief package in 2005.

Many people support public funding of disaster relief partly because they fear being described as unfeeling and selfish. Is there a moral obligation to support this public funding?

Please understand the nuance of this suggestion. There is no moral case for publicly funding personal tragedies when they have passed a certain threshold. Each personal tragedy has just as much impact individually. And you may feel led to help those in need personally even when the need is an isolated event.

This point of view has nothing to do with the efforts to fix downed power lines, repair roads and restore public services. Those are the ordinary responsibilities of local organizations regardless of extraordinary congressional expenditures. The first response to any disaster is a local response. And decisions made at the lowest level possible are most likely to take costs into account.

Money is used most efficiently when the people who decide, benefit and pay are all the same people. It is a fatal assumption to believe the money will be used efficiently if the federal government controls the money, the states benefit and the taxpayers foot the bill. The feedback in this system will increase the number of declared disasters, expanding their scope and cost.

States could pay their fair share of FEMA’s budget in return for the assistance they receive. They would not be willing. They would rather just have the money. There may very well be a small part of national coordination that is cost effective. If so, let’s limit our expenditures to that amount. And let’s encourage some negative feedback so the economics settle the issue. If states were footing the bill, their citizens would have an incentive to hold officials accountable for the money spent.

King was correct in the amount of waste in government-funded Katrina relief. The New York Times called it “the most extraordinary displays of scams, schemes and stupefying bureaucratic bundles in modern history.”

The money was so tempting that much of the fraud was orchestrated in concert with public officials who took bribes or extorted kickbacks. In other cases, millions were spent quickly and foolhardily.

King defended his stand on Katrina as a principled vote that is easier to support if you understood where the money was being spent. He said he couldn’t justify “blank check spending without accountability.”

Ron Paul also voted against Katrina relief. He wrote, “Congress reacted to Katrina in the expected irresponsible manner. It immediately appropriated over $60 billion with little planning or debate. As with all rapid government expenditures, the amount of waste and mismanagement will be staggering.”

Money spent quickly in a crisis is rarely spent responsibly. And FEMA has a terrible track record for accountability. Ron Paul predicted this too when he said, “Congress must be very careful with the nearly $52 billion approved last week–almost all of which goes to FEMA. The original $10 billion authorized by Congress for hurricane relief was spent in a matter of days, and there is every indication that FEMA is nothing but a bureaucratic black hole that spends money without the slightest accountability. Any federal aid should be distributed as directly as possible to local communities, rather than through wasteful middlemen like FEMA.”

You can blame the Bush administration’s management of FEMA, but you would be missing the point. Complex systems require regulators to keep them in check. We have many unfortunate examples of unregulated government spending that has taken place during the administrations of both parties.

Much equipment went missing including hundreds of laptops and printers and a dozen flat-bottomed boats. FEMA spent $1.7 billion to purchase 114,000 travel trailers, failed to use many of them and then paid for their storage while they lost their resale value. Carnival Cruise lines was given a contract for housing evacuees at their normal rates including revenue lost from casino, liquor and excursions.

People and businesses were inadvertently overpaid. Preference was given. Charges were inflated. Controls were circumvented and ignored. Mileage was overstated. Bribes were solicited and accepted.

Government waste is nothing new, and Rep. King knows this well. He assessed correctly how the Katrina relief was going to be squandered, and we would do well to heed his advice about Hurricane Sandy as well.