Interview with Donald Jay Korn, author of mystery novels “Payable On Death” and  “In For a Pounding” featuring money manager Anderson Crown. 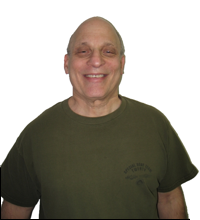 We’ve seen murder mysteries starring private eyes, lawyers, even economists. So why not a money manager as sleuth? Donald Jay Korn, a New York-based freelancer who writes for publications such as Investor’s Business Daily, Financial Planning, and On Wall Street, has written a couple of novels featuring Anderson Crown, a refugee from Wall Street who runs his own investment advisory firm. I read both novels recently and enjoyed them immensely. Here is my interview with the author Donald Jay Korn about what kind of return you can expect from spending a few hours with Andy Crown:

DJM: Don, what’s different about your main character, other than his occupation?

DJK: Andy Crown’s not your typical money manager. He didn’t fit on Wall Street, didn’t fit in a marriage on New York’s Upper East Side, so he found his way to Greenwich Village. He also found a dentist with an expensive long-term lease on a too-large dental office.

DJM: How did that affect Andy Crown?

DJK: Andy rented a treatment room that wasn’t being used. He has no staff, just the dentist’s receptionist to keep away cold callers pushing variable annuities. Andy’s idea of a good time is to put on some music and scan financial websites, looking for stockpicking ideas. And maybe put away a pepperoni pizza for lunch.

DJM: That’s how he spends his days?

DJK: That’s what he’d like to do. But his clients come in, and they have other things on their minds besides ROI. They want to get money from reluctant trustees, they want to save their business from corrupt officials, they want to get divorced without getting depleted. 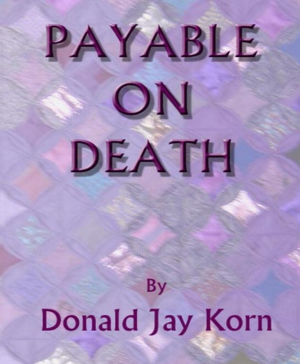 DJM: So Andy gets involved?

DJK: He does, and he gets into trouble. When the leg-breakers come around, he pushes back. So when the bodies start piling up, the cops start looking at him. Andy has to use his wits to figure out who did what….and the answer results from following the money trail.

DJM: I take it there are some financial lessons the reader can learn, then, besides the mayhem and the murder mystery.

DJK: That’s the idea. These novels are meant to be comic capers but there’s a serious side, too. As California financial planner Elfrena Foord was kind enough to say, “It was great to read a mystery novel with QTIP, blind trusts and asset allocation woven into the plot.”

DJM: That’s what your money manager has to deal with?

DJK: That’s what his clients are dealing with. These are all real-life concerns, the kinds of things that people may have to consider if they’ve worked and earned enough money to manage. There’s a lot in these books on how to cut taxes. Readers also can see what it takes to pick a substitute trustee, what an executor has to do to settle an estate, and other personal finance topics. And, of course, reasons for picking a stock and reasons for deciding whether to keep it.

DJM: How does Andy know about all these things?

DJK: He’s been managing money for some years, on Wall Street and in Greenwich Village. Andy is hands-on: he wants to put together portfolios that his clients can live with. So Andy gets to know his clients, and he’s picked up a lot of stuff that helps people deal with their finances and the rest of their lives.

DJM: How about you? How did you get to know enough to write about all these issues?

DJK: For years I’ve been interviewing money managers and financial planners, for articles in various publications. I always hear great anecdotes from these people: a wealthy client dies and the heirs are fighting about who gets which spoons. So I thought I’d be able to tell some interesting stories, with a realistic feel to them, if I wrote about a money manager who is dragged into being a financial planner. 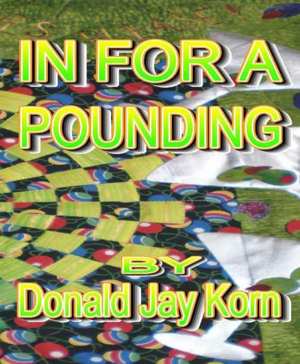 DJM: Why the mystery genre? Are you a fan?

DJK: Definitely. I grew up reading Perry Mason and Nero Wolfe. In fact, one of the most gratifying things I’ve ever heard from a reader is that Andy Crown eats like Nero Wolfe but still manages the physical stuff like Archie Goodwin.

DJM: So who would play Andy Crown in the movies? Someone who looks like Nero Wolfe or like Archie Goodwin?

DJK: That would depend on who buys the movie rights….they’re still available! But I could see Robert Downey Jr. or Vin Diesel as Andy Crown. Maybe Timothy Olyphant or Gerard Butler. Vin Diesel actually grew up in Andy Crown’s neighborhood.

DJM: Have you moved on from Nero Wolfe? Who are you reading these days?

DJK: My favorite author, Donald Westlake, died a couple of years ago. So I guess my current favorite is Thomas Perry. I’ll mention Janet Evanovich, too. If they can make readers laugh with novels about thieves (Westlake), hit men (Perry), and bounty hunters (Evanovich), I hope I can at least put a smile on people’s faces with tales of an omnivorous money manager.

DJM: I enjoyed reading both of your current Novels, “Payable on Death” and “In For A Pounding.” Any book featuring financial issues and mistakes in a mystery genre with an interesting character as the money manager makes for great reading!  I am looking forward to your next Anderson Crown mystery! Thank you for sharing your story with us.

You can purchase “Payable on Death” on Kindle or Nook. “In For A Pounding” is also available on Kindle and Nook.