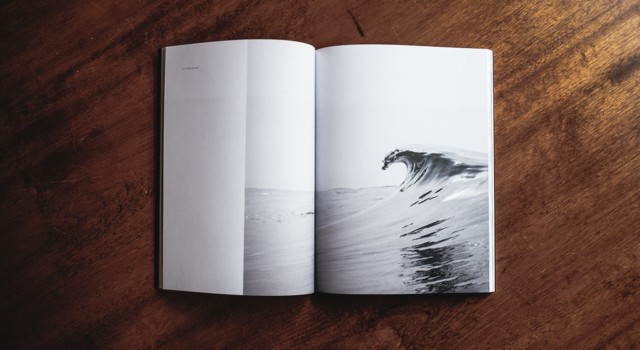 A friend of mine swears by using Elliott waves to determine when to get in and out of markets or various sectors or even individual stocks.

His charts show that Elliott Wave Theory has predicted nearly every market correction and he says that while people don’t always apply it properly it can successfully predict everything that is associated with human behavior.

I’ve learned enough to know that Elliott Wave Theory is based on some powerful math and Fibonacci sequences and fractals but I don’t know how to evaluate the claims.

Also, there are dozens of people claiming to use Elliott Wave Theory and they often disagree on what they are forecasting for the markets.

What do you think about the Elliott Wave Principle?

I don’t think that the theory of Elliott waves has anything to offer the science of investing.

For those who have not heard anything about the theory, Wikipedia has a nice introductory paragraph which ends with “The empirical validity of the Elliott Wave Principle remains the subject of debate.”

The Elliott wave principle is a form of technical analysis that traders use to analyze financial market cycles and forecast market trends by identifying extremes in investor psychology, highs and lows in prices, and other collective factors. Ralph Nelson Elliott (1871–1948), a professional accountant, discovered the underlying social principles and developed the analytical tools in the 1930s. He proposed that market prices unfold in specific patterns, which practitioners today call “Elliott waves”, or simply “waves”. Elliott published his theory of market behavior in the book The Wave Principle in 1938, summarized it in a series of articles in Financial World magazine in 1939, and covered it most comprehensively in his final major work, Nature’s Laws: The Secret of the Universe in 1946. Elliott stated that “because man is subject to rhythmical procedure, calculations having to do with his activities can be projected far into the future with a justification and certainty heretofore unattainable.” The empirical validity of the Elliott Wave Principle remains the subject of debate.

Historically, Elliott Wave theorists have “noticed” a five-point pattern going up (up, down, up, down, up) and a three-point pattern going down (down, up, down). The idea is that if you can recognize these patterns, you will know when to get out of the market, sector, or stock (after the third up of the five-point up pattern) and when to get back in (after the second down of the three-point down pattern). The theory then also suggests that one of these patterns might be part of a larger longer-term trend of the markets. And when you look at a single up or down movement carefully, you will find a pattern within that movement such that a single up actually is five smaller movements (up, down, up, down, up).

In essence, Elliott Wave Theory uses the sum of sine waves to represent the movement of prices. Sine waves with a long period show large movements up and down while sine waves of a shorter period show the smaller month-to-month or even day-to-day movements. When these sine waves are added together and they approximate actual recent market movements, it falsely appears to lend credibility to the idea that these waves can accurately project into the future. Understanding the math behind summing sine waves helps explain this.

There are always multiple conflicting predictions coming from Elliot Wave theorists, all of whom supposedly have used a precise science to predict the future. When the market moves, only the waves whose predictions matched the market movement are kept as examples of the how the theory works. The ones that were proven false are discarded and forgotten.

Whenever Elliott Wave Theory “predicts” that the markets are about to go down and they go up instead, Elliott wave proponents can always “discover” a new longer-term wave which would have predicted the movement which actually happened. Or they can go back and derive a new set of waves which would predict both the past and the surprising more recent past to make the theory work once again. The theory works by imposing a pattern upon the data and because of the math, there will always be a pattern that can fit all available data. The theory’s very vagueness is what allows this: Elliott proposed nine frequencies of waves ranging from a “Grand Supercycle” which might last decades to a “Subminuette” which could be as short as an intraday movement. With such flexibility, a new larger or smaller pattern can be added to explain market oddities and serve as a correction not for prices, but for the theory’s inherent shortcomings. Anything can be explained in retrospect, but it has no predictive power.

What is surprising is that, despite the theory’s popularity, there are so few articles by critics who are not themselves beholden to similar cyclical ideas. Here, however, are two such critiques.

Joseph Ludwig writes in “The Market Timing Approach: A Guide to the Various Strategies” for the AAII Journal (emphasis mine):

Cyclical models use cycle theory, such as Fourier Analysis, to analyze the behavior of a time data series and to make a projection of future prices. Fourier Analysis is based on the concept that any data series is composed of many repetitive waves of varying lengths and amplitudes that act simultaneously; this approach provides equations that allow for a mathematical analysis of the data series. One difficulty of Fourier Analysis is the fact that the Fourier equations exactly replicate past patterns. Phase shifting or even slight changes in cycle length or amplitude may adversely affect projections, making it difficult to determine significant changes in market direction.

Another type of cyclical model is generated by the Elliott Wave Theory, developed by R. N. Elliott. This theory proposes that all market movements can be described by patterns of waves, repetitive in form but not necessarily in time or amplitude. The basic form is a series of primary trend movements followed by corrective action. Some critics of the Elliott Wave Theory claim that interpretations of wave counts are extremely subjective, with “theorists” often having different predictions for the same wave pattern.

The Elliott Wave Principle, as popularly practiced, is not a legitimate theory, but a story, and a compelling one that is eloquently told by Robert Prechter. The account is especially persuasive because EWP has the seemingly remarkable ability to fit any segment of market history down to its most minute fluctuations. I contend this is made possible by the method’s loosely defined rules and the ability to postulate a large number of nested waves of varying magnitude. This gives the Elliott analyst the same freedom and flexibility that allowed pre-Copernican astronomers to explain all observed planet movements even though their underlying theory of an Earth-centered universe was wrong.

The undeservedly long reign of the pre-Copernican system happened because of the same vague self-correcting power the Elliott Wave Theory has: whenever a planet or star’s orbit seemed to differ from the theory, astronomers just added another epicycle (or smaller orbit-within-an-orbit) to explain the discrepancy. Their model would again fit all available data and promptly fail again to predict real celestial motion.

It is difficult in investing theory to determine which narratives have the appropriate underlying evidence to support them and which narratives are not worth following. Often it is necessary to be both a mathematician and a skeptic to filter out what is even worth considering.

Elliott Wave Theory has an infinite amount of math and study it can bring out to commend itself precisely because it can purport to predict anything. In the end it has no actionable predictive power.