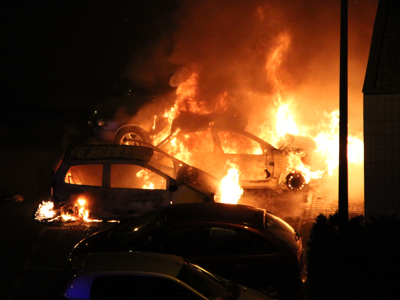 I receive a fair number of videos, emails and articles about the coming financial crash. It is always nigh. It is always imminent. And preparing for it always involve getting away from the teaming masses.

Here is the seventh piece of advice given by those anticipating a financial and societal breakdown:

Population density drives much in American politics. Much of the current wealth redistribution is from those who live in the suburbs to support services and infrastructure to support those who live in the city. Cities are more heavily dependent on the proper functioning of civilization. Survivalists aren’t only worried about The End Of The World As We Know It (TEOTWAWKI) they are also worried about a much more likely End Of The Grocery Store As We Know It. The list of what might upset  food delivery and the proper functioning of civilization is vague and filled with the usual suspects: financial collapse, civil unrest, terrorism, Carrington effect, pandemic, asteroid strike, global conflict, weapons of mass destruction, ice age, alien invasion, government takeover, Hadron Collider malfunction, and Zombie Apocalypse

The survivalist fear is that when they are hungry, humans lose all moral sensibility and revert to their base cannibalistic instincts. The idea is that you need to get out of the city and find a place which is safe from mobs, anarchy, riots or whatever.

There is nothing wrong with self sufficiency. But owning a working farm with geothermal power, wells and other recreations of civilization is difficult. You are trying to recreate  large amounts of civilization by yourself, and it isn’t easy. Those who have such independence may very well be able to help many of their fellow man if some disaster does happen.

And that is perhaps the biggest misconception of this piece of advice.

In the midst of most disasters, people are generally not just good natured and altruistic. They actually go out of their way to help others. Apart from threats which require immediate action (e.g. running out of a burning building) people generally act rationally and altruistically.

And while many people will leave an area when they are requested to do so, it is much more likely that people will not evacuate when they should. Fears of being trampled in a panic are not likely.

Relief workers recognize the dangers in their work and there are often more emergency workers volunteering than there the need would require.

Sensational media stories are repeated and exaggerated but the truth rarely lives up to this stereotypes.

There are good reasons to get out of the city and start your own farm but fear is not one of them. And for those who are running their own farms, they are more likely to welcome refugees in a act of altruism than shoot people at the property line.

7. Remain calm and carry on.