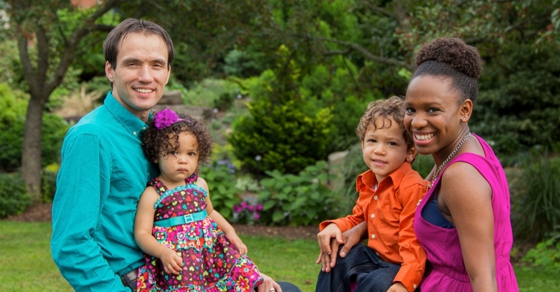 1. Pretend I’m only going to know and remember one thing about you. What should I know?

I represent and embody the future of America. And it’s a good future!  Mixed-race (half-chinese, half-white) and in a mixed-race marriage (my wife is black), I embody America’s growing diversity. Well-educated and well-rounded, I represent the educational excellence that we all want for our children. The son of a naturalized immigrant mother and a native-born father, and a strong supporter of increased immigration of all skill levels, I represent our changing demographics and our growing open-mindedness and inclusiveness as a society.  An entrepreneur at heart, a tech-savvy dynamist, an unapologetic believer in human freedom and equality, I embody the youthful, optimistic, can-do spirit that will keep our country great in a technological and globally competitive future.

2. Assuming you are elected, what is one task you want to and realistically believe you may be able to achieve?

Electoral reform. Our screwed-up public policy, out-of-control spending, and corporate cronyism all stem from a two-party electoral system that shuts out competition and limits voters’ choices. Our best bet to getting past the partisan deadlock and back toward a free society is to change the rules of the political game, to replace the two-party impasse with a more open and competitive political marketplace. I would like to champion that kind of reform—changing how we vote (with instant-runoff voting or approval voting); instituting term limits; easing ballot-access restrictions; increasing the size of legislative assemblies; and more. The self-interested, self-dealing major parties will never support such changes because they’re too corrupted by power and money. But if I am elected, or any Libertarian is elected to federal office, it can open people’s eyes to the possibilities of a more open and competitive political system.

3. There are many issues you may never realistically get to vote on as a Senator, but you are guaranteed to be responsible for helping create a federal budget every year. Would you make any significant changes to the current budget?

Absolutely. Spending is simply unsustainable, so it’s totally irresponsible to continue business as usual. Neither major party is serious about the problem, and neither seems to be bargaining in good faith. I will lead the effort for fundamental reform of federal spending, from defense to entitlements to infrastructure to bureaucracies. And that effort should target not just spending but also the infinitude of unnecessary regulatory burdens that kill innovation, job-creation, and wage growth.

4. Describe your stance on federal surveillance (NSA data collection and undermining of common security tools) and counter-terrorism practices (like drone strikes and other CIA para-military actions). As a senator, what actions would you take in response to these practices?

I’m a libertarian. I don’t want my government spying on me. I don’t want my government to have the capability to skirt the Constitution to spy on me in secret. I don’t want to be told—”there, there, child”—that government officials can be trusted with a turn-key totalitarian surveillance apparatus. This is not simply about privacy today; it’s about tyranny tomorrow. With laws on the books so voluminous that every American is an unwitting criminal (despite doing nothing wrong), a surveillance state means everyone is subject to the whims of a regulator or official who doesn’t like you or something you enjoy doing. That is not freedom. It is not equal protection of the laws. What to do about it? If the government can’t be trusted with certain tools because it will abuse them and lie about its abuses, then the tools must be taken away, or limitations be placed on them with exacting strictness and with punishments severe and inescapable (no immunity).

5. In your understanding, where do jobs come from and how are jobs created?

Everyone has something they can produce, and everyone wants stuff to consume (from basic necessities to educational and cultural experiences to material goods). Jobs are the mutually beneficial exchange of what you can produce in return for compensation that enables you to live how you want to live. Jobs “come from” the discovery of new opportunities to make such mutually beneficial exchanges—i.e., jobs come from commerce, and job growth is maximized in a dynamic, open, and competitive economy where people from all walks of life are free to engage and cooperate with one another on their own terms. Job growth is often stymied by well-intentioned regulations that restrict the freedom of market participants, interfere with price signals, upset settled expectations, or otherwise interfere with people’s ability to make mutually beneficial trades. When laws, regulations, or discretionary policies are too multitudinous or inconstant, when they become too onerous or unpredictable, economic activity and job growth—and therefore people—suffer.

Sarvis reminds us on his website that “You see, in Virginia, it takes 10% of the vote in a statewide race to confer ‘Major Party’ status on a political party.” And that if Libertarians had status as a “major party,” they wouldn’t have to spend most of their efforts getting signatures to be on the ballot; they would just be there. You can read more about this at his page, The Ten Percent Solution.