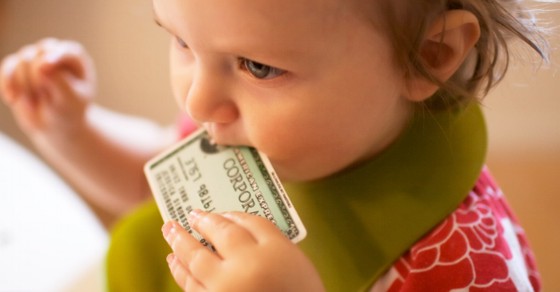 Jonathan Clements wrote about how to instill good financial habits in your children last year for Financial Planning Magazine in the article, “My 7 Smartest Financial Moves .” He said:

Readers of my old Wall Street Journal columns might recall that I have two children. I used to write regularly about my efforts to instill good financial habits in Hannah and Henry. This was partly self-defense. I knew that, if they grew up to be financial deadbeats, there was a good chance that I would end up bailing them out, at which point their problems would become mine.

But my educational efforts were also partly about my own reputation. I figured it wouldn’t look good if a widely followed personal finance columnist had two money-dumb kids.

Fortunately, the finance lessons worked. Hannah, now 27, and Henry, 23, are both financially responsible. I don’t think any single strategy did the trick. But one tactic seems to have been especially effective: From early on, I made sure they felt like they were spending their own money, not mine.

When children are growing up, their parents foot the bill for everything, so kids have no incentive to curb their desires. I got around that problem by depositing my kids’ pocket money into a bank account every three months. Thereafter, if they wanted to buy something, they wouldn’t ask me. Instead, they would have to ask themselves — and then troop down to the cash machine.

We’ve written extensively on how to raise financially savvy children. They need three things: education, example, and experience. Of the three things they need, experience is by far the most important. And they need each of those in three areas: earning, spending, and investing.

Clements is writing about the importance of giving your children experience spending their own money.

Nothing builds decision-making skills as well as knowing that you have a fixed amount of money and an unlimited amount of desires.

Milton Friedman’s lesson is as applicable to individuals as it is to government: the person who decides to do something, the person who benefits from the decision, and the person who pays for the decision should all be the same person. Only in this way will the decision maker stop to ask if the benefit is worth the cost. Anything else leads to unwise spending.

This experience is what builds financial wisdom. Give your children the ability to spend their own money. It will benefit both of you.