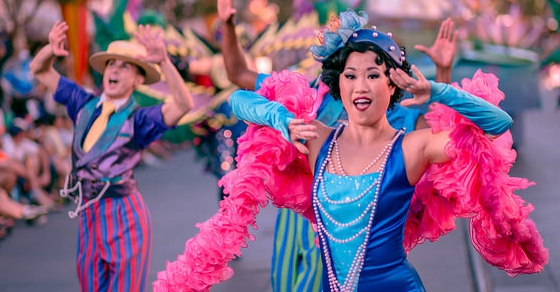 There are a ton of majors in college – UVA has just under 80 – and yet something seems to motivate college students to choose all the unemployable ones.

I remember sitting in UVA’s dining hall as a first year telling my peers I was thinking about majoring in English (#9 for unemployment and #6 in popularity ) and Psychology (#1 for unemployment and #7 in popularity ). One of my best friends was thinking the same. We bonded over our shared passion for analyzing people and the written word. There was little conversation of potential careers.

“College is a time to try out a bunch of different things and see what sticks,” I remember my peers saying casually as justification for their seemingly short-sighted degrees. But the list of so-called “unemployable” degrees doesn’t need to get the final say.

“Everything is marketing” is a phrase that has been repeated across the years. I have always imagined its origin lies with some college professor talking to a room of Marketing majors (6% unemployment), but honestly I don’t know who deserves the attribution. It’s the idea that social biases are built on a series of impressions. Those impressions could happen in response to anything. For this reason, everything you do is branding who you are. And the “you” could be anything: a business, an employee, an institution, or a country.

Applied to a business, that means what the letterhead looks like, the word choice of the letter written on it, how you deliver it to the client, what you’re wearing when they see you.

Job seekers hear a lot of advice stemming from this proverb: “dress for success,” “do your homework,” “say ‘thank you.'” These are all just practical ways of branding yourself as an interested and excited professional who will be a safe bet for the company to hire. Along those lines, your major is just another thing that you need to learn how to market.

“I hope to be a History major,” a fellow student told me as we met at a first year orientation.

“How cool! Why are you interested in that?” I replied.

How to Market Your Major: A Formula

Your pitch should really be why you love the major. I believe that if you had a good reason for choosing your major, you’ll have a good way to market it. If your reason was “I had to declare a major in my second year and it looked like I could do this one,” then you will have to get more creative.

Although I entered school with a passion for English and Psychology, I ended up majoring in Cognitive Science, an interdisciplinary major of  five other majors: Psychology, Linguistics, Philosophy,  Neuroscience, and Computer Science.

For Cognitive Science at UVA, where you end up working depends on your concentration. Most students concentrate in either Psychology or Neuroscience because they want to pursue some kind of psychological research.

However, the other three concentrations yield more of a hodgepodge of careers. Those students go on to be journalists, consultants, computer scientists, human resources administrators, therapists, web & graphic designers, marketing directors, and more. It is a real tribute to the practicality of the major.

I concentrated in Philosophy and Computer Science, which really made the degree into a Logic major. It taught me how thinking people think which has prepared me for good product design.

The stereotypical example of a cognitive scientist is the consultant who told Apple, “Let’s try to make an interface for our iPod with only five buttons and a pinwheel.”

When most people hear that someone they know is majoring in history, the list of jobs they think of is quite short: Historian and Historic Preservation come quickly, then maybe Politics, if they were thinking particularly hard about it.

However, most of the history majors I’ve known have really been collectors of good stories. They’ve loved learning the hows, whats, and whys of a time period, but even more than that, they’ve loved explaining it all to you. They’re natural educators or storytellers, either through conversation or through writing. They’ve majored in the explanation of events and in turning complexity into a clear description. They’re talented at finding small but important details, skilled at drawing good inferences.

In my Psychology studies, I learned that if you could only give someone one test before guessing their intelligence, you should give them a pattern recognition test. Meanwhile, pattern recognition is the crux of historical research. The task of every history major is to scan hundreds of primary sources for a discernible pattern, for the underlying story.

If I were a History major at a job interview, I would say, “I chose History because I have a passion for finding the true story behind the complexity of life.”