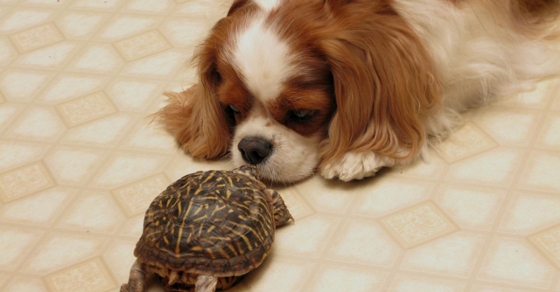 We previously explained 14 ways to avoid paying capital gains. Most Americans assume capital gains and income are equivalent. They are not.

Your pay for your work is income, usually in the form of Federal Reserve Notes (dollars). They are simply a medium of exchange so we don’t have to use the barter system to trade our goods and services.

If the government maintained the value of the dollar, we could store our labor in money indefinitely. Price stability without government intervention provides the best environment for free markets. But inflation and price controls make our most valuable resource risky.

If you are trying to save capital for later use, the dollar is not a good choice. Dollars lose an average of 4.5% of their purchasing value via inflation. Thus many people invest in the stock market as an alternative.

When any stored value appreciates, even if just due to inflation, it accumulates unrealized capital gains. Every month, the Federal Reserve has been injecting $85 billion into the money supply. This devaluation of our currency causes inflation that naturally pushes all prices, including stock prices, higher.

Much of the capital gains tax is simply paying tax on government-induced inflation. If the government causes 4.5% inflation, taxpayers in the 23.8% capital gains tax bracket would have to earn at least 9.24% for 10 years just to maintain the value they originally put into the market and break even.

The capital gains tax incentivizes leaving value stored in stocks to avoid paying the tax. As a result, capital becomes stuck in whatever highly appreciated investment where it was originally parked.

Rather than selling the investment and putting it to a better and higher use, it remains trapped waiting for a more favorable time to sell. This locked-in effect favors investors who can afford to wait.

An estimated half of all capital gains are never taxed. At death, heirs receive a step-up in cost basis and subsequently can finally liquidate their loved one’s investments without losing most of the gains to taxes. On average, 36% of an estate is composed of delayed capital gains.

Waiting until death is just one of the 14 ways to avoid paying capital gains. Another legal technique we have described is a stock exchange, sometimes called a swap fund. Stockholders can diversify their portfolios without paying any capital gains tax.

Consider Stanley, an investor with $5 million in a single publicly traded company. Stanley’s grandfather started the company and then brought the company public, giving him the lowest basis possible. When Stanley became a corporate executive in the company, he received, both as a gift and as stock options, some of that low-basis stock. Now his highly appreciated stock faces almost $1.2 million in capital gains taxes if he decides to sell.

Stanley can join a fund created specifically to assist investors with highly appreciated stock. He would exchange his $5 million worth of stock for an equivalent value of shares in the newly created fund.

The exchange fund needs to run for at least seven years before it is liquidated. Then each shareholder is given shares of each holding proportional to his or her initial contribution.

None of this avoids capital gains. Any original cost basis Stanley had is now the proportional cost basis of each of the holdings he receives back from the fund. Were Stanley to sell any of these investments, he would still owe a sizable capital gains tax.

If his goal was to have cash in his pocket without paying capital gains, Stanley tried the wrong strategy. Stock exchanges achieve the goal of diversification without capital gains tax, not liquidation.

With the stock exchange, Stanley would be able to diversify his investments while delaying the realization of any capital gains. He has exchanged stock in a single highly volatile company for a collection of roughly diversified assets. This diversification may protect Stanley’s retirement fund from the large fluctuations he previously experienced in his company’s stock, giving him a safer ride into retirement. Once he is retired with a lower income and tax bracket, he may finally be able to sell pieces of his portfolio without as much penalty.

For average investors, this is an option they will never need to explore. For most of us, one of the other 13 ways to avoid paying capital gains is superior.

However, exchange funds can provide investors with one highly appreciated security a way to trade it for an equivalently valued but more diversified portfolio. It is normally an expensive service that only delays the realization of capital gains tax.

If the goal of the federal government is to facilitate a healthy economy, the optimum capital gains rate is zero. Without a capital gains tax, citizens are naturally motivated to make their money as productive as possible. And if they had the freedom to move between investments at no cost, they would be able to loan (via bonds) and invest (via stocks and funds) without penalty.

Without a capital gains tax, entire industries, such as those running swap funds, could put their very talented labor to a more productive use.