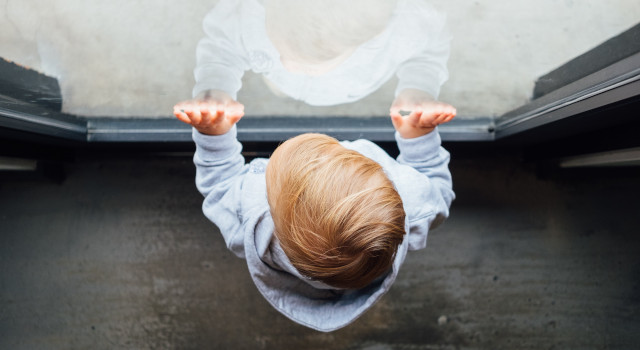 The kiddie tax (or “Tax for Certain Children Who Have Unearned Income” as the IRS calls it) is a set of tax laws which force the unearned income of a minor over a small amount to be taxed at the higher tax rate of the parents.

The kiddie tax was first added to the tax code in 1986 to stop parents from shifting some of their investment income to their children’s tax return in order to reduce the family’s overall tax burden while saving for the child’s college education costs. In practice, the kiddie tax often punishes entrepreneurial college students who have both earned and unearned income.

Unearned income is defined by the IRS as “investment-type income such as taxable interest, ordinary dividends, and capital gain distributions. It also includes unemployment compensation, taxable social security benefits, pensions, annuities, cancellation of debt, and distributions of unearned income from a trust.”

This tax can cause the children of wealthy parents to lose any preferential treatment of qualified dividend income. It can also require parents to disclose their tax return to their children until age 24. While it is a terrible tax policy, it is a law within which tax planning must be done.

Who does it effect?

Kiddie tax is owed when a child earns over $2,300 in unearned income in 2022, is not filing a joint return, and is either:

It is important to note that those under age 18 cannot avoid the kiddie tax. Even if you are an independent minor with no contact with your parents, you may still be subject to the kiddie tax.

Publication 929 Figure 2 summarizes these rules in a flow chart:

How does it work?

With a $1,150 standard deduction, this makes the first $1,150 of unearned income typically not taxed.

The next important line comes at $2,300 of investment income where the kiddie tax is triggered.

Any income over the $1,150 standard deduction and below the $2,300 kiddie tax trigger is unearned income taxed at the child’s own tax rate. For most children, this initial tax rate will be the lowest one: 10% for ordinary income and 0% for qualified income.

Any unearned income of the child beyond $2,300 then triggers the kiddie tax and is taxed at the parents’ marginal tax rate via the child filing a Form 8615 with their tax return to calculate this unique tax. This second trigger happens even if the child has earned income which has boosted their standard deduction higher, so long as their earned income is less than half of their support.

Conceptually, the kiddie tax of all the parent’s children is calculated on Line 11 of this form by figuring what tax the parent would have owed on the Qualified Dividends and Capital Gain Tax Worksheet if the child’s net unearned income is added in (Form 8615 line 9), and then subtracting the parent’s actual calculated tax (Form 8615 line 10). That total kiddie tax is then prorated among the children with income subject to the tax, in the event that there is more than one child with unearned income subject to the tax.

Alternatively, parents can file a Form 8814 to elect to report the child’s investment income on their own tax return. You can only elect to include a child’s interest, dividend, and capital gain income with this method. As IRS Publication 929 states:

If your child received qualified dividends or capital gain distributions, you may pay up to $110 more tax if you make this election instead of filing a separate tax return for the child. This is because the tax rate on the child’s income between $1,100 and $2,200 is 10% if you make this election. However, if you file a separate return for the child, the tax rate may be as low as 0% because of the preferential tax rates for qualified dividends and capital gain distributions.

For this reason, the family normally benefits from the child paying the kiddie tax on their own tax return.

What if I can’t get my parent’s tax information?

In Publication 929, the IRS is clear that “If a child can’t get the required information about his or her parent’s tax return, the child (or the child’s legal representative) can request the necessary information from the IRS.”

They suggest that you request the tax information and file for an extension. They explain:

If the information needed from the parent’s return isn’t known by the time the child’s return is due (usually April 15), you can file the return using estimates. You can use any reasonable estimate. This includes using information from last year’s return. If you use an estimated amount on Form 8615, enter “Estimated” on the line next to the amount. When you get the correct information, file an amended return on Form 1040-X, Amended U.S. Individual Income Tax Return.

You are likely remembering how the Tax Cuts and Jobs Act changed kiddie tax rules. Fortunately, these changes were later repealed by Congress.

Tax years 2018 and 2019 used the tax rates of trusts and estates to determine the kiddie tax. However, in late 2019, Congress repealed this revision going forward and retroactively gave tax payers the choice for those two years between trust rates (which are normally worse) or the parent’s marginal rate. They encouraged tax payers to go back and amend their returns.

As Edward A. Zurndorfer reports for MyFederalRetirement , Congress undid their change partially because of how it affected military survivors. He writes:

One group widely affected by the new “kiddie” tax rules are families with children receiving military survivor’s benefits, often called “Gold-Star” families. There is the case of a widow of a Navy officer, who with her survivor military benefits, was in a federal marginal tax bracket of 12 percent in 2018. On the other hand, her 6-year old son, who received children military survivor benefits of $29,000, paid the maximum 37 percent tax on his survivor benefits as a result of the modified 2018 “kiddie” tax calculations, a direct result of the TCJA “kiddie” tax modification.

This is why the kiddie tax is back to being at the parent’s marginal rate.

When it comes to teaching financial lessons, setting a good parental example is important, but actually giving the child some experience making wise financial decisions is essential. This includes both giving the child decision making authority with their own money and giving the child the means to earn money outside of or instead of an allowance.

While the IRS has this frustrating tax which punishes children who ease into financial independence, it is still likely wise to foster that independence.

Some taxable assets in the name of a child can currently keep $2,300 of unearned income from the tax rate of the parents. However, too much in the name of the child can trigger the kiddie tax. In monitoring the balance, you can likely find the optimum tax savings. Our article “Generational Financial Planning Within The Kiddie Tax Limits” has some suggestions on this.

Photo by Paul Hanaoka on Unsplash

Greg Vairo is a financial analyst for Marotta Wealth Management. He graduated from Virginia Tech and specializes in our tax planning services.