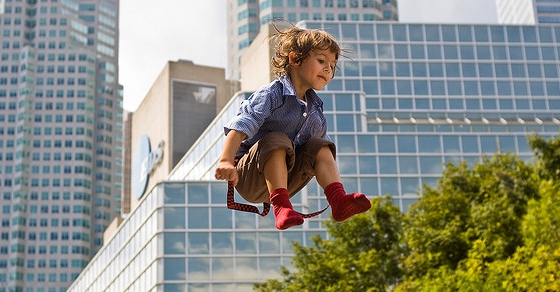 The kiddie tax was first added to the tax code in 1986 and subjected children under 14 to their parent’s marginal tax rate. In 2006, the law increased that age to 18 for non-students and all the way up to 23 if the child is a full-time student.

Originally, age 14 was chosen because children over 14 are allowed to be independent adults and work under the Fair Labor Standards.

The kiddie tax is trying to prohibit parents from shifting their investment income to their children in order to reduce the family’s overall tax burden.

Prior to the institution of the kiddie tax, parents could gift their children investment assets sufficient to grow and cover the cost of their college education. Since the child’s tax rate was low, tax on the interest, dividends and capital gains would be negligible and funding the child’s college education would be unencumbered by federal taxes.

With the kiddie tax, ten independent individuals can each receive unearned income and be taxed in the lower tax brackets. However, when two of the people are married and the others are their children, the state more heavily them. If the earning spouse simply fails to marry the other, nine of them can escape the burdens of higher taxation and collect welfare instead.

According to the most recent report, about 50% of those subject to the kiddie tax are college students and another 40% are between the ages of 14 and 18. Only 10% are those targeted by the original legislation.

Property inheritance from the death of a parent, stepparent or grandparent; a large insurance settlement due to a physical injury; and investment gains purchased from the child’s own assets are all burdened by this tax. Furthermore, unearned income includes rents, royalties, and Social Security benefits. Thus, even wounded veterans whose children receive Social Security Disability payments are subject to the kiddie tax.

Paying the kiddie tax is an administrative headache. You can either include your child’s investment income on your tax return using Form 8814 or your child can file their own separate tax return and use Form 8615.

Including a child’s income on the parent’s return can subject parents to additional income tax deduction phase outs. This is generally the least tax efficient method of paying the kiddie tax.

College students age 23 and under who are still subject to the kiddie tax must know and report their parents taxable income in order to file their own taxes. This is difficult because parents don’t always want to divulge this information to their children, and children are not always in a position to be demanding this information from their parents.

Working backwards, wealthy parents can still gift investment assets sufficient to generate about $2,100 of unearned income in order to take advantage of what remaining income redistribution tax savings is still allowed. With the current dividend yield of the S&P 500 just over 2%, this means that children can own about $100,000 of an S&P 500 Index Fund before their dividends are subject to the kiddie tax.

The kiddie tax makes it all the more important that parents utilize 529 plans to save for college funding and that teenagers use Roth IRA accounts to guard their investments from their parent’ excessive tax rates. Putting money where it won’t be taxed is the safest way to avoid the kiddie tax entirely.