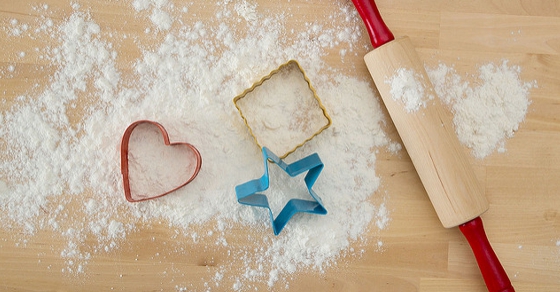 Imagine the scenario: You are hospitalized after a terrible car crash and taking medicine that, although it will make you better, has the side effect of making you quite mentally confused and unable to handle your own affairs. Your bills need to be paid, your taxes need to be filed, and your cat needs to be fed.

While your spouse or mother is more than willing to do all of these things for you, legally speaking, this loving family member is only able to feed the cat. And while Fluffy will be well-fed and cared for, if your recovery takes longer than anyone expected, your electricity might get turned off, your mortgage company may foreclose on your house, and the IRS might come after you for tax evasion.

To avoid this unfortunate scenario, there exists a document whereby you can legally empower that loving family member to be you. This document is called a Power of Attorney.

Powers of Attorney need to be drafted in advance of their need. Once you are mentally incapacitated, you no longer have the legal ability to grant someone else the authority to be you.

A well-drafted Power of Attorney spells out a list of powers, be they specific or general, which “the principal” (the person who is granting these powers) is bestowing upon “the agent” or “the attorney-in-fact” (the person who is receiving the powers).

Most people acquire a Power of Attorney only because their estate attorney includes the document in a package of paperwork they should sign. After a small selection of agent(s), most Powers of Attorney are signed into action without any additional consideration.

This works relatively well, since the standard cookie-cutter Power of Attorney (POA) gets the job done.

The standard cookie-cutter POA immediately upon signing grants general authority upon an agent to act on behalf of the principal in every act that the principal could have done personally and declares that these powers are durable and persist even through the incapacitation of the principal.

This style of Power of Attorney certainly gets the job done. Most people end up naming their spouse as their agent, which means that your sweetie is immediately able to be you legally and, in the event of your incapacitation, will be able to seamlessly begin or continue to take care of your affairs.

However, there are a few ways that the cookie-cutter POA most frequently fails to meet people’s wishes.

First, the principal trusts their spouse (primary agent) with the powers listed but does not trust their child (secondary agent).

Most cookie-cutter Powers of Attorney are written to immediately grant the powers to the appointed agent. This means that before the ink has even dried, your newly appointed agent can use the document to exercise the powers you have given him or her.

Commonly people name their spouse as the primary agent and their children as second, third, and so on agents.

However, because of how the cookie-cutter POA is drafted, this means that if your spouse is unable to serve on your behalf, perhaps because of incapacitation or death, then your secondary agent (child) is immediately appointed your new agent and granted all the same powers and authority that your spouse had even if you have not yet been incapacitated. For many people this is not what they want. They may trust their spouse to act on their behalf before incapacitation, but they may not trust their children in the same way.

There are multiple estate planning solutions to this problem.

If you only want your child to have these powers if you are incapacitated, then you can have the powers to your secondary agents be what is called “springing.” Springing POAs state that they don’t come into effect until a specific set of circumstances arises. These circumstances could be anything you want, but the most common is the incapacitation of the principal.

Most of the time, springing POAs state that in order to be recognized by an organization, in addition to the POA your agent needs to present a Physician’s Letter of Incapacity (a signed doctor’s note) stating that you are unable to handle your own affairs.

Most cookie-cutter Powers of Attorney are general documents which broadly grant the agent the power to perform any and all acts that the principal could do if they themselves were the ones doing them.

However, a Power of Attorney could be a very narrow document, exclusively granting the agent the powers necessary to manage your real estate business, for example, or your bills and tax return.

You could also write it so that your children get a subset of the powers right away, like handling your finances, and have more extreme powers, like selling your house or other property, spring only upon your incapacitation or only after you have been incapacitated for a particular number of months.

Although these are common powers, you can include, exclude, or limit any of these powers in any way you want. You can also explicitly include more powers. Your estate attorney can write a POA that does anything you can imagine.

Just because you are trusting the agent with your life affairs doesn’t mean you have to entrust all of your powers onto this individual. Some powers are so important in fact that, even though legally speaking a general granting of powers may encompass them, unless explicitly stated in the POA, businesses have the policy of not allowing agents to do them.

On the one hand, I’m glad that cookie-cutter POAs leave this power out, because it would be terribly sad for a principal to have their entire estate wishes overwritten by one wayward agent.

There is a simple fix to this though. You can give your agent the authority to add beneficiary designations that match those of another account, of your Will, of your Trust, or some other document on new accounts. In this manner, they can elect beneficiary designations for you on new accounts that they open while still being legally obligated to maintain your estate wishes.

On the other hand, there may be some powers you wish you explicitly exclude so as to not prevent confusion or reliance upon business policy. The above could be an example of that. Just because Schwab has the policy of not allowing an agent with general power to change beneficiary designations doesn’t mean that all custodians have this principle.

Third, you are afraid to let anyone see the power of attorney.

The biggest failure of the cookie-cutter POA is that, for some people, it so deeply does not fit their wishes that they are afraid or even cautioned against letting their agents see the document.

You should be able to show all of your agents your Power of Attorney now without fear. If you are afraid about them knowing about it, it is a sign that you are not happy with the document.

When the hypothetical car crash at the start of this article happens and your bills need to be paid, your taxes need to be filed, and your cat needs to be fed, if your agent does not know that you have a Power of Attorney or does not know where to find it, it will be as though you didn’t have one. And you will have the same problems as before even though you went through the trouble of drafting a POA.

Take a minute to review your Power of Attorney. If you find that you got a cookie-cutter POA that doesn’t really match your wishes, then go back to your estate attorney with your wishlist and get it revised. Estate attorneys can do anything if they are just asked to do it.