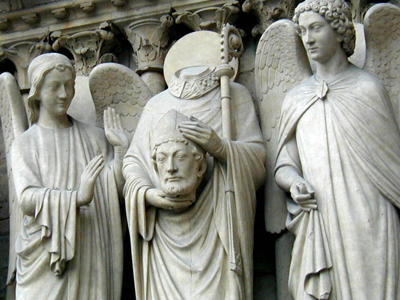 In previous posts we have seen the efficient market hypothesis and understood that fees matter. We’ve also seen how the Vanguard Total Stock Market ETF (VTI) is by far one of the best ways of participating in the lion’s share of U.S. equity market returns with an expense ratio of only 0.07%. This index follows the Wilshire 5000. We’ve also seen that indexing works, and most years – in both bear and bull markets – indexing beats a majority of actively managed funds.

With this background in mind, one of the questions, then, is why do some managers seem to consistently beat the market?

If you believe in the efficient market hypothesis, there are only two possibilities:

(2) They are investing in asset classes or categories things that perform better over time. For example, they are investing more in small cap or tilting value. (This is why investors look at the P/E ratio.) These are two of several effects which are known to produce better investment returns even if they are more volatile and therefore are accompanied by more risk.

One of the challenges to the efficient market hypothesis is the successful Yale endowment which has had superior performance returns over the years.

It was therefore with great interest that I read in Larry Swedroe’s column in Financial Planning magazine an article entitled “Foolish Ideas” which read in part:

In an article in the summer 2010 issue of Journal of Wealth Management, Peter Mladina and Jeffery Coyle of Waterline Partners in Los Angeles analyzed the performance of the successful Yale endowment. They concluded that its returns were largely explained by its exposure to risk-not manager skill. The endowment’s exposure to small-cap and value stocks provided excess returns over the Wilshire 5000, the chosen benchmark. A similar result was found internationally.

The authors concluded that any disciplined investor with a high risk tolerance could largely replicate Yale’s results using publicly available index funds and some leverage. They added that they saw value in Yale’s broad diversification across asset classes with relatively low correlation.

I’m also glad because we use a similar approach when we try to over-emphasize small-cap and tilt value. We do this by first putting a large allocation to Vanguard Total Stock Market (VTI) which tracks the Wilshire 5000. Then we tilt value by adding Vanguard Value (VTV). Then we add Vanguard Mid-Cap (VO) and Vanguard Mid-Cap Value (VOE). Then we add Vanguard Small-Cap (VB) and Vanguard Small-Cap Value (VBR). These six funds allow any investor to tailor a U.S. stock category which partially tracks the Wilshire 5000 but tilts small and value. In our gone-fishing portfolio, we do this with just VTI and VBR.

Why do most advisors encourage the fantasy that they can beat the market? Two reasons: (1) Some investments are on the efficient frontier and others are not. Every manager is looking for what is on that frontier. Every manager must believe that they are picking from the very best investments. In this sense I think they are all sincere. This is why a manager’s investment philosophy matters, as it will determine how she will invest.

(2) If firms have a methodology that can beat the market then they can sell that story to attract business. Remember that even John Bogle at Vanguard sold indexing as a way of beating the market because of lower fees.

Here is how Swedroe described it:

Following is the typical stockbroker’s pitch when confronted with an investor who asks about indexing as an investment strategy: “If you index, you will get average rates of return. You don’t want to be average, do you? We can help you do better.”

Both stockbrokers and Johnson are appealing to what seems to be the all-too-human need to be better than average. As you’ve learned, they confuse market returns (what indexing delivers) with average returns. As economics Nobel laureate William Sharpe demonstrated, by accepting market returns, passive investors in aggregate must outperform active investors in aggregate.

Even after you have decided to index, you still have to blend all the indexes into a portfolio. Some things should be included and some should not. Others, such as Vanguard Small-Cap Value (VBR) should be over-weighted on the efficient market hypothesis.

Our investment philosophy adds a country’s economic freedom as one of the primary factors that can produce superior returns. Like small-cap, value, and emerging markets, this is an important measure of which indexes to over-weight.