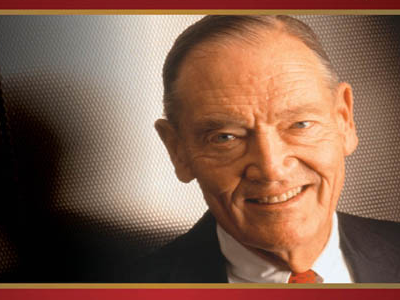 I read an excerpt from ‘The House That Bogle Built‘ in an article by Lewis Braham in the Journal of Indexes in an article entitled ‘The Devil’s Invention.’ That article has an excellent summary of the efficient market hypothesis:

Proponents of the passive school of investing argue that for the overwhelming majority of funds, active management works only in the short term, and then only for the gifted or the lucky. Ultimately, the returns on a mutual fund regress to the mean and then end up below the mean when expenses are taken into account. While this line of thinking had long been argued in academia, gradually the popular media began to take notice. In particular, the 1973 publication of Princeton professor Burton Malkiel’s “A Random Walk Down Wall Street” marked a watershed moment in the history of finance; not because the ideas were new, but because the book explained the concept of efficient markets in lay terms and went on to be a best-seller, selling millions of copies. The book is currently in its ninth edition. Although he hadn’t read the book prior to launching Vanguard’s index fund, when he did, Bogle was amused by Malkiel’s classic assertion that, “A blindfolded chimpanzee throwing darts at The Wall Street Journal can select a portfolio that can do just as well as the experts.” Malkiel would go on to join Vanguard’s board of directors, and he served from 1977 to 2005.

As it evolved, the efficient market hypothesis, or EMH, as it is sometimes called, splintered into three categories or “forms” of theory—weak, semistrong and strong. Weak-form EMH asserts that stock prices are random, and therefore most money managers cannot exploit the market to gain an edge. Although there is an acknowledgment that fundamental analysis might provide some excess return, whether or not money managers could exploit valuation inefficiencies in the market effectively over the long term is called into question. Semistrong-form efficiency takes the argument a step further, claiming that the markets adapt so quickly to all publicly available information that even fundamental analysis doesn’t add any value. Strong-form efficiency arrogates that the market is so efficient that it already prices in all public and nonpublic information, and that even corporate insiders with private insights can’t gain any legal advantage. According to both the semistrong and strong versions of the theory, the price of a company’s share of stock immediately reflects all available information, as well as investor expectations, related to the company; in other words, the market is perfect and right all the time in its assessments of stocks’ underlying intrinsic values.

Bogle never subscribed completely to the efficient market hypothesis, but rather to something he half-jokingly dubbed the “cost matters hypothesis.”

Cost does matter. That is why we recommended in our gone-fishing portfolio a large allocation to the Vanguard Total Stock Market ETF (VTI). It is by far one of the best ways of participating in the lion’s share of U.S. equity market returns. The expense ratio for this fund is 0.07%. Most mutual funds have expense ratios of about 1.2%. VTI is 94% lower than the average expense ratio of funds with similar holdings, according to Lipper Inc.

That means that the decision to add any other investments must be justified by an expected return high enough to justify any added cost. There are reasons to add additional funds in order to get additional asset classes. Small cap funds generally have higher expense ratios. For example Vanguard Small-Cap ETF (VB) has an expense ratio of 0.17%. That is still remarkably low, and we believe that the addition 0.10% expense ratio is justified by the higher expected return of small cap stocks as an asset class.

Our methodology is to build portfolios as much as possible with the lowest cost funds, using slightly higher cost funds to over-weight those countries, sectors or styles which we think will out-perform. This technique helps us build portfolios with an average expense ratio of about 0.38%.

When creating an asset allocation, you have to balance the asset categories and mix that you think will perform the best going forward with the expenses charged by the funds that track those indexes.

Second, every time you believe that some category of stocks will out-perform, you should have an inner argument with the efficient market hypothesis. You had better have a sound reason why the information you are considering is not already priced into the market price.

Otherwise, you might as well be a blindfold, dart-throwing chimpanzee.