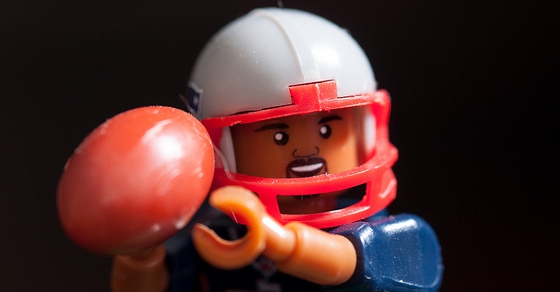 Ryan Broyles isn’t the first professional athlete who was encouraged to save the majority of his lucrative NFL salary. What makes him unique is that he has followed through. Not many Americans will receive a multi-million dollar football contract, but they might receive an inheritance that requires just as much planning and discipline so it isn’t squandered.

According to a working paper released by the National Bureau of Economic Research, 16 percent of NFL players drafted between 1996 and 2003 declared bankruptcy. And these bankruptcy rates have no correlation to total earnings or career length. Those who walked away with a larger nest eggs had no greater chance of staying out of the poorhouse than those who earned less.

When Ryan Broyles scored a $3.6 million dollar contract after being drafted in the first round he did something quite rare – he sought as much advice as he could find. “I studied as much as I could, talked to people wealthier than me, smarter than me,” shared Broyles in a recent story by Michael Rothstein of ESPN . One helpful piece of advice came from a financial advisor who recommended that he live a non-extravagant lifestyle and save the rest.

Broyles had several life lessons too, making it very clear that he shouldn’t expect his NFL salary to go on forever. Several knee ligament tears have crippled him in each of his last three years and each put his career in jeopardy. To prepare for his future, Broyles and his wife chose to $60,000 a year which means that he saved about 92% of his after-tax income.  He maxed out the NFL’s 401(k) plan and opened his own investment accounts.

Economists argue that consumption smoothing is preferable to spending new wealth rapidly but real people rarely act like they should in economic models. Real people should be cautious when handling a financial windfall. David Marotta shares, “it is easy to expand your lifestyle and spending but very difficult to contract. … If your windfall is a once-in-a-lifetime event, only spend a very small percentage of it.”

The Detriot Free Press reported on Monday Broyles’ quest to keep a spot on the 53-man roster is over. While this must be disappointing, it’s clear from Broyles’ Twitter feed that he hasn’t been crippled by this blow.

Broyles’ financial preparation is helping him to embrace an unknown future with dignity and grace. There is a chance that he’ll get picked up by another team and I expect that financial advisors will be rooting for him wherever he lands next. Even if Broyles doesn’t get sainted any time soon, his example will surely lead some further down the path towards their own financial peace.