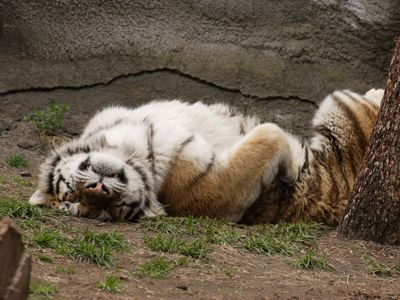 On July 18, 2013, Detroit filed for bankruptcy, the largest municipality in U.S. history to do so.

Article I, section 10, clause 1 of the Constitution reads, in part, “No State shall pass any Law impairing the Obligation of Contracts.” The high court recognized debt as a contract and the bankruptcy legislation as an impairment of contracts.

The Court also found that the federal government did not have the right to pass these bankruptcy laws. They violated the Tenth Amendment, which states that powers not explicitly granted to Congress are reserved to the states.

This interpretation of the Constitution was upheld for five years. However, in 1939, bankruptcy legislation was approved. President Franklin D. Roosevelt achieved his agenda by threatening to stack the Court with liberal appointees.

Bankruptcy laws exist so people can avoid being so burdened by past debts that they have no future. Personal bankruptcy laws keep those trapped in debt from committing a crime to resolve the situation. Without these laws, grand theft or indentured servitude might be the only means of payment.

Today, municipalities are allowed to declare bankruptcy under Chapter 9 of the legislation, canceling contracts and reneging on their obligations in order to restructure their finances.

But municipalities can only file for bankruptcy with approval from the governor. They also can’t be forced to liquidate their assets. Only the city or the emergency manager can make that decision. Some people fear that the Detroit Zoo or the Detroit Institute of Arts will close, but such actions are highly unlikely.

Corporations go bankrupt for a wide variety of reasons. The business may have been selling a product no one wants, lose to superior competition or fail because of poor financial management.

However, a government doesn’t have competition or sell a product. The only reason it could go bankrupt would be poor financial management.

That’s why it is so remarkable that many commentators have blamed Detroit’s bankruptcy on anything but its financial management. For example, Paul Krugman, a liberal economist and New York Times columnist, had the audacity to write, “There are influential people out there who would like you to believe that Detroit’s demise is fundamentally a tale of fiscal irresponsibility and/or greedy public employees. It isn’t. For the most part, it’s just one of those things that happens now and then in an ever-changing economy.”

Economists often claim that corporate bankruptcy “happens now and then.” With an ever-changing public demand and competition, they are saying in effect that it is natural for a buggy whip company to go bankrupt or out of business with the rise of the automobile.

Without the destruction of certain industries, an economy can’t evolve from agrarian to manufacturing or from manufacturing to information technology. The natural demise of some companies or industries is how markets evolve.

Many liberals are not acknowledging that Detroit’s demise was simply a failure to manage cash flow. Responsible public administration requires living within a city’s means. And good management is judged by scaling to keep the burden of taxation low in proportion to the underlying economy.

We have to judge government’s exercise of control over people in actuality, not just in theory. It is notable that there is no face to government failure in Detroit. Detroit did not go the way of the buggy whip factory. It went the way of the nameless tax-and-spend bureaucrat.

Detroit has a corporate income tax of 2% and a personal income tax of 2.4%. A small corporation with as little as $1 million in revenue would owe Detroit an extra $20,000, pay an extra $24,000 personally or perhaps even both. Detroit even taxes nonresidents who work within the city. These are city income taxes piled on top of the Michigan state income tax rate of 5%. No wonder businesses were leaving Detroit.

Detroit had a plethora of other taxes and revenue sources as well. The city did not fail from a lack of revenue. Neither did it succeed by spending the money well.

The schools in Detroit are some of the worst in the country. The National Institute for Literacy estimates that 47% of people living in the city are functionally illiterate. Half of the illiterate population has a high school diploma, and virtually all of them have completed elementary school where reading is purportedly taught.

Poor families are hurt the worst. They are trapped in failing school systems that waste money through fraud and mismanagement. Forget about the separation of church and state; we need a separation of school and state.

Liberal commentators have called for the federal government to pay Detroit’s debts. However, bailing out Detroit is at least as bad an idea as bailing out the auto industry or the banking industry, because the government can’t really bail out anyone. All it can do is transfer the burdensome debt from one group of taxpayers to a different group of taxpayers.

Most of Detroit’s problems have stemmed from promising larger public employee pensions than can actually be funded. All politicians have the incentive to make promises they have no intention of keeping, and corruption follows the power of redistribution.

Detroit teaches us three other important lessons. First, municipal bonds may not be worth the potential tax exemption, since even general obligation bonds are subject to bankruptcy.

Second, the state’s constitutional assurances for the safety of government pensions are illusory. It would have been much better for Detroit government union members to have owned their own retirement accounts rather than to trust the paper barrier that was protecting their pensions.

And finally, government cannot rely on the ever-increasing expansion of private sector tax revenue to overcome government waste, fraud and corruption. Deficit spending is just as bad for governments as it is for individuals. The harmful effects of deficit spending burdening the society are worse than any potentially positive benefits.